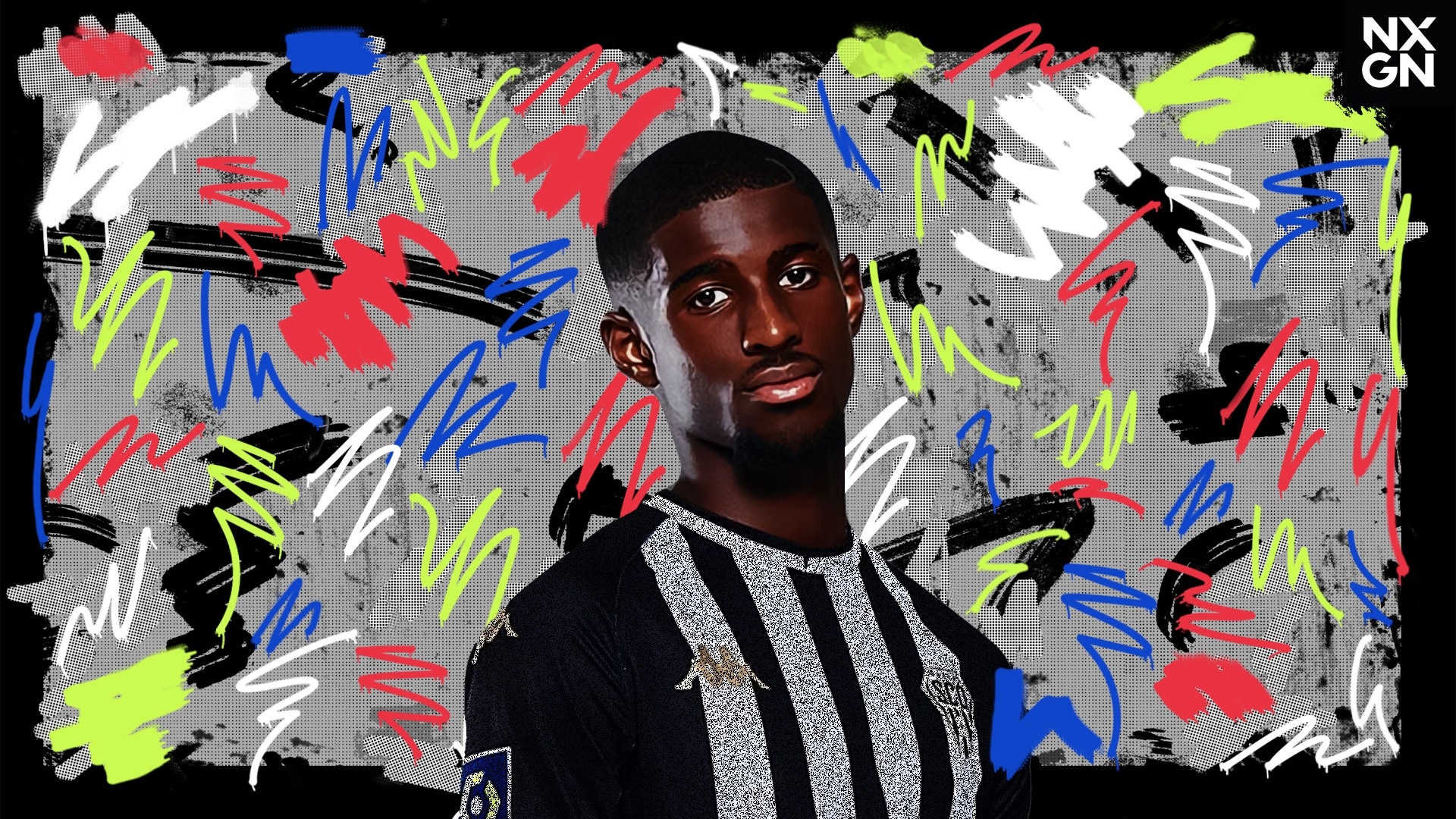 Mohamed-Ali Cho may only be 17, but he already has a relationship with some of Europe's most iconic cities.

London, Paris and Liverpool have all played their part in moulding one of the most exciting young talents in Ligue 1 over his short lifespan.

None is likely to have the same place in his heart as the bond he shares with Bordeaux, despite having never lived in the world capital of wine.

It is the city where he made his professional debut for Angers back in August 2020, aged 16 years and 224 days, but also the place where his talent truly began to shine through for the first time around a decade ago.

Aged seven and playing for Paris Saint-Germain's Under-8s, Cho travelled to Stade Chaban-Delmas, the former home of Girondins de Bordeaux, for a youth competition in 2011.

"We were taking part in a big tournament with some fine Spanish teams like Real Sociedad, and he scored 16 goals in less than 10 games," Stephane Tardivel, his coach at the time, recalls when speaking to Goal.

"The following year, he scored 19 goals. We won the tournament for the second year in a row, he finished top scorer again and was named Player of the Tournament.

"I've never seen a player with a nose for goal like him, his power and his left foot were already remarkable. He is one of the three best players I have seen in my age-group."

PSG rarely let players who are earning such rave reviews leave, but the decision was taken out of their hands when, in 2015, Cho's parents left the French capital and moved to England due to work commitments.

Though born in France, Cho actually spent the first few years of his life in London, and almost joined West Ham at the age of six before moving to Paris shortly after.

With PSG having fought but failed to keep hold of him, Cho's next step on his career path would take him to Everton, where he combined school work with training and matches, becoming the standout performer among his peers on Merseyside.

His time with the Toffees would again be brought to a premature end after five years when, in 2020, the Cho family returned to France once more.

Aged 15 when it became apparent that his parents would be leaving the country, Cho could have stayed at Everton, but an agreement could not be reached and by the time he celebrated his 16th birthday, he was back in the land of his birth.

Unsurprisingly there was plenty of interest in a player who had already begun representing England at youth level, but his parents - and particularly his mother, Samia - advised him against going to a club where there would be too much attention on him, and instead persuaded him to join Ligue 1 minnows Angers.

"Angers is a club that allows him to complete his training but also ensures he has less pressure on him so he can develop better," a close friend of Cho's tells Goal. "From the perspective of the player and his family, there is a desire not to rush into anything.

"For the moment, he doesn't see it as a job, but as his passion. He feels good about it."

Arriving at Angers in February 2020, Cho initially trained with the reserve team, though a month later the season would be curtailed as Covid-19 lay waste to the final months of the French football season.

When players were eventually allowed to return to group sessions, Cho found himself included with the first team, something which came as a surprise to the teenage forward.

He was equally shocked a few weeks later when, having been named on the bench at Bordeaux, he was sent to warm up by manager Stephane Moulin before being introduced for the final nine minutes.

"At no time did he say to himself, 'I've turned a corner'," Cho's friend reveals. "He just wanted to make sure it happened again."

Whatever Cho did worked, as he made a further 20 Ligue 1 appearances last term, though that was not enough to earn the youngster his own spot in the dressing room, as he was instead forced to use a simple chair in what was some light-hearted hazing from his new team-mates.

Cho took the gesture in the good manner in which it was intended, with his humility and low-maintenance personality having endeared him to the rest of the squad.

"He has a good head on his shoulders, he works, and he listens to us," said defender Romain Thomas after what was Cho's best first-team performance to date against Lyon in August. "The coach is behind him, and he doesn't let him down."

Cho's displays so far this season suggest that his impressive off-the-field transition into the senior ranks will be replicated on it in 2021-22, with his performances having been among the most eye-catching of any player in France over the first four weeks of the new campaign.

Able to play anywhere across the front three and regularly asked to switch position during games, Cho's pace, power and direct dribbling have caused countless defenders problems already, no more so than Lyon veteran Marcelo.

The 34-year-old was given a torrid time by a player half his age when the two teams met in the second week of the season, with Cho eventually forcing Marcelo into a disastrous error of judgement that led to an own goal and him being banished to train with the reserves just days later.

Cho's quickness also forced the foul that saw Maxwel Cornet sent-off in the same game as Angers ran out 3-0 winners, and they backed that result up with a draw at Bordeaux and a win over Rennes that left them second in the table behind PSG going into the international break.

"He has above-average natural qualities such as his power and running speed," Thomas explained after the Lyon game of his young colleague, with that display leading to some interest being shown in Cho before the transfer window shut.

He impressed against Rennes, too when assisting the opener for Sofiane Boufal by robbing goalkeeper Alfred Gomis inside his own area before going onto to secure all three points with his first professional goal.

Chasing a through ball, he shrugged off defender Nayef Aguerd before providing a finish at the second attempt after Gomis saved his original shot, becoming the youngest player to score in Ligue 1 since Eduardo Camavinga in December 2019.

He is also just the second player born in 2004 to score in one of Europe's 'Big Five' leagues, following in the footsteps of Borussia Dortmund wonderkid Youssoufa Moukoko.

"I am keeping my feet on the ground," Cho said post-match. "I have an entourage that helps me not to get too excited, to continue to work and always aim higher. So I don't pay too much attention to the buzz."

That buzz is unlikely to die down, though, as Cho heads back to Angers having earned his first two caps for France U21s in the past week, with it now seeming like he will choose to represent Les Bleus rather than England (or Cote d'Ivoire and Morocco, whom he is also eligible for), though his options do remain open.

He does still, though, have his English A-Levels to complete in the coming months, though he will be doing so as one of the most exciting emerging footballers anywhere in Europe.

If he can marry the two successfully, then the far less iconic Angers may well jump right to the top of Cho's list of favourite cities.