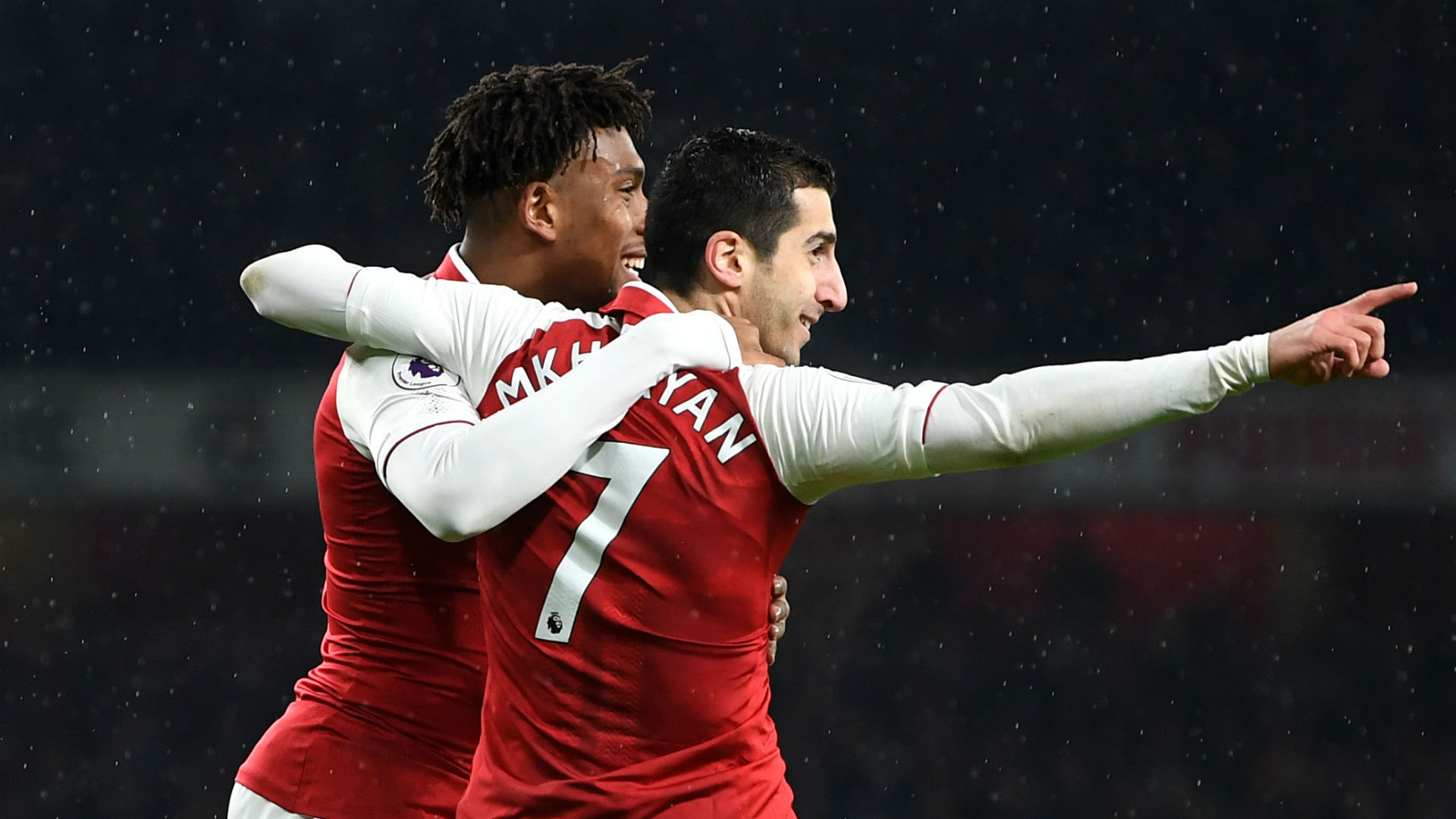 It did not take long for Henrikh Mkhitaryan to show why Arsene Wenger was excited to get him to London.

The Armenia international exchanged Manchester United for Arsenal in a straight swap for forward Alexis Sanchez in January.

Mkhitaryan did not enjoy the happiest of times at Old Trafford, struggling to maintain a spot in the starting line-up under Jose Mourinho following a move from Borussia Dortmund prior to the 2016-17 season.

But it appears life will be much happier in London, if his first start for the Gunners is any evidence.

After coming on as a substitute in the midweek loss to Swansea, Mkhitaryan was quick to make an impact against Everton on Saturday, as he set up Aaron Ramsey for the opener just six minutes into the contest.

It was the first of three assists for Mkhitaryan, en route to an impressive 5-1 win for the Gunners.

Mkhitaryan would chip in again late in the first half, linking up with his old Dortmund team-mate Pierre-Emerick Aubameyang in the Gabon international’s Arsenal debut.

Those goals came from the first two chances created by Mkhitaryan in an Arsenal shirt.

2 - Both of Mkhitaryan's chances created in an Arsenal shirt have been converted. Update. https://t.co/Pz5Ip3DBzw

And the third assist was provided for Ramsey, this time in the 74th minute, to help the Welshman complete his hat-trick.

Not only was it an incredible first start for the playmaker, but it was one of the best performances by anybody in an Arsenal shirt over the past five years. Mkhitaryan became the first Gunner to record three or more assists in a Premier League game since Santi Cazorla notched four against Wigan in May 2013.

3 - Henrikh Mkhitaryan is the first Arsenal player to provide three or more assists in a Premier League game since Santi Cazorla (4) vs Wigan in May 2013. Treble.

It may not have been lost on Arsenal fans that Mkhitaryan’s three assists in this one game matched Sanchez’s assist total in the Premier League for his entire 2017-18 for Arsenal.

While Mkhitaryan treated the Gunners faithful to a trio of assists, Ramsey joined the hat-trick club at Arsenal, becoming the 20th player in a Gunners shirt to score at least three goals in a single Premier League game. No club have had more players pull off Premier League hat-tricks while wearing their club's colours.

20 - Aaron Ramsey is the 20th different player to score a Premier League hat-trick for @Arsenal, more than any other team has had in the competition. Plenty.

Arsenal’s revamped attack will need to keep producing results like that if they wish to get into next year’s Champions League. The Gunners picked up a valuable three points in the victory, but sit on 45 points, three behind fifth-place Tottenham and five behind Liverpool and Chelsea, on 50 points each, with those three teams yet to play this weekend.