The Liga giants bid farewell to a club legend over the summer, with it "strange" to see the iconic Argentine turning out for PSG

Barcelona president Joan Laporta says Lionel Messi could not have been retained even if Antoine Griezmann's return to Atletico Madrid had been pushed through sooner, with those at Camp Nou still coming to terms with the "sad" events of a hectic summer.

The Blaugrana knew that they were being backed into a corner when it came to Messi's future, with the six-time Ballon d'Or winner running down the final year of his contract.

Fresh terms were agreed with the iconic Argentine, but paperwork was never signed and Laporta - who has overseen a serious cost-cutting exercise in Camp Nou - admits it is "strange" to see the club legend turning out for Paris Saint-Germain.

Laporta told Esport3 on Messi's departure and how nothing could have changed that course of events, even with big earners moving on and others accepting pay cuts: "What happened is what has been explained.

"There is objective data. Everyone can compare it. We were pressured that we would either sign the CVC loan [deal] or there is no fair play.

"There was no margin. There was a pre-agreement [with Messi] and we had shaken hands. There were several agreements and La Liga seemed to accept it, but then they said no without CVC. We didn't think that the situation was going to improve and we put an end to it.

"Messi could not have stayed even with Griezmann's [departure] and with the salary reduction of the captains. But it is important that we have lowered the salary cap because next year we can be more ambitious.

"I think we were both sad because the situation was not what we wanted. I have not spoken with Messi since. I saw his debut with PSG and it was strange to see him at another team, rivals. I did not like seeing him in another shirt."

Is the future brighter for Barcelona? 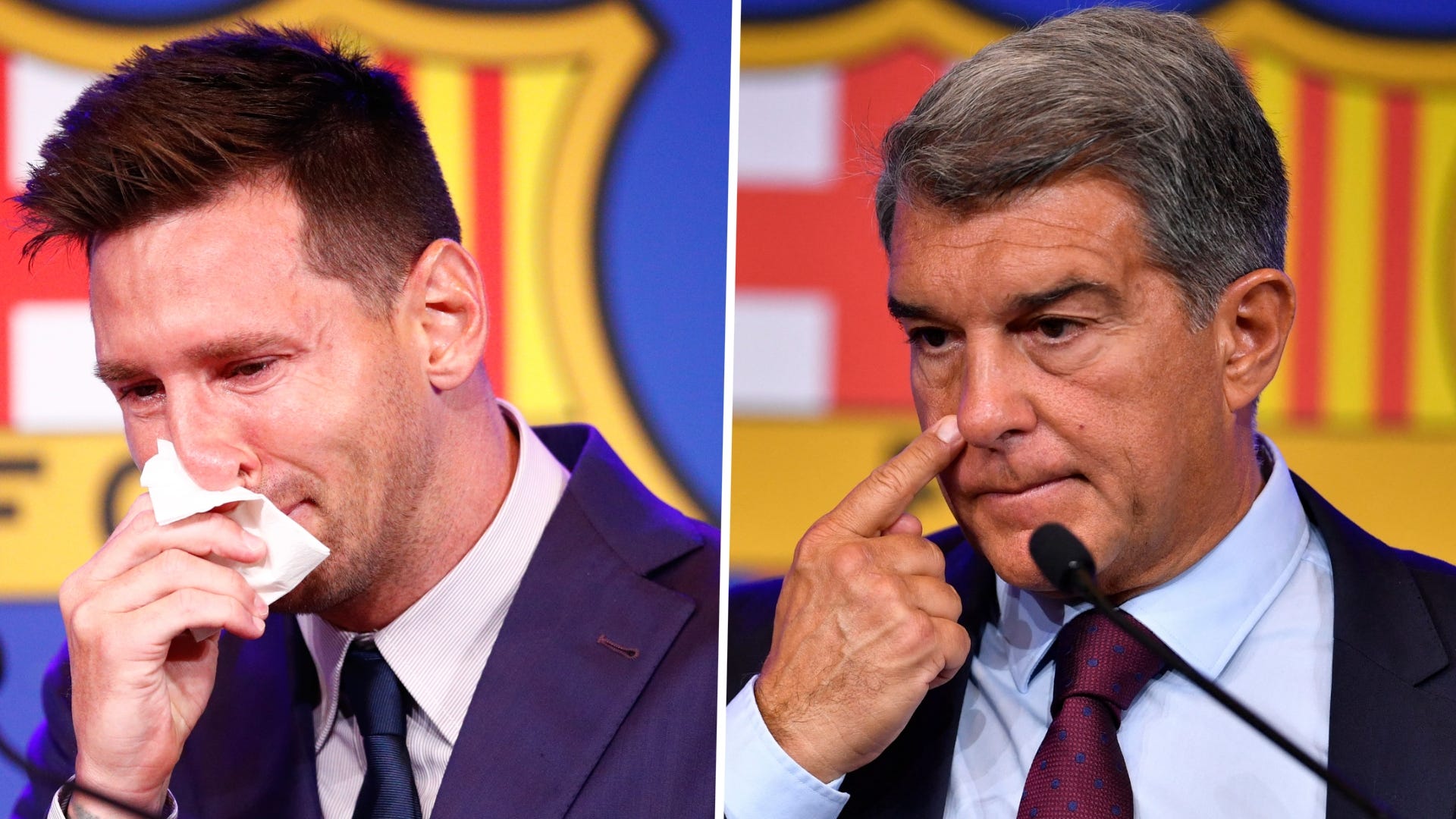 While Barca have been forced to part with Messi and Griezmann, among others, Laporta is confident that building blocks are being put in place that will allow a brighter future to be constructed at Camp Nou.

"I want to congratulate the executives and the financial department of Barcelona for their work, and all those who have worked tirelessly and extraordinarily.

"And we have some heroes in [Gerard] Pique, [Jordi] Alba, [Sergio] Busquets and we will seal [the deal with] Sergi Roberto.

"What they have done is admirable. They are committed to the club, to the members. It is admirable. And we will continue with other players, such as [Samuel] Umtiti and others from the first team. We are in a process that is not easy.

"First the captains have set an example, and now we will continue with others."