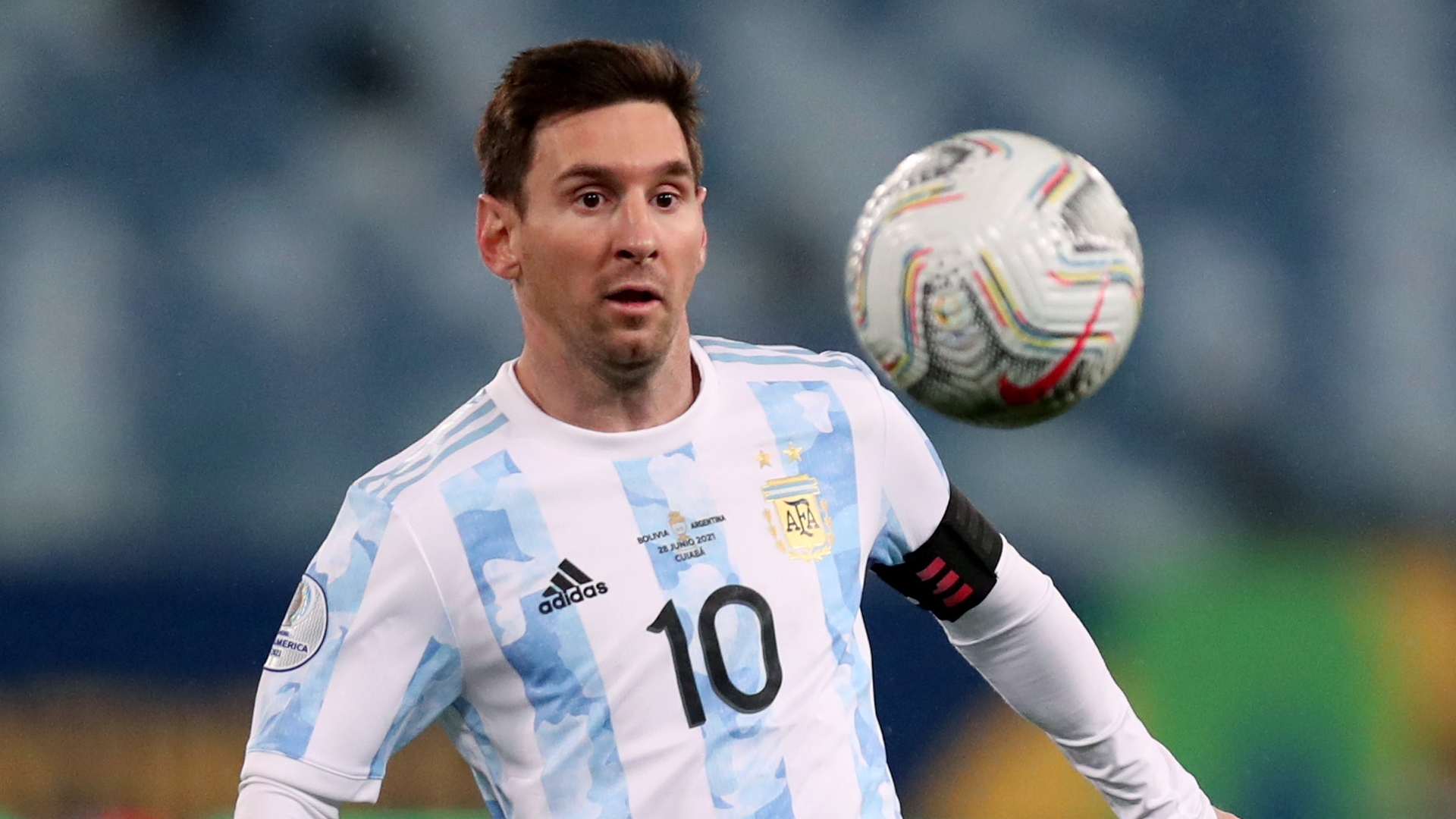 The forward hasn't appeared for his new club this season, but he has still been called upon by Lionel Scaloni at international level

Lionel Messi has been included in Argentina's squad for their upcoming World Cup qualifiers despite being yet to make his debut for Paris Saint-Germain.

Messi hasn't seen a single minute of competitive action since helping Argentina beat Brazil in the Copa America final on July 11, but has still been making plenty of headlines due to a surprise change of location at club level.

The 34-year-old was forced to bring his 21-year career at Barcelona to an end last month due to the club's ongoing financial struggles, and he subsequently joined PSG on a free transfer, but supporters are still waiting to see the six-time Ballon d'Or winner make his first appearance.

Messi was unavailable for PSG's first three Ligue 1 games of the 2021-22 campaign, but has been training with the rest of the squad as he continues to build up his fitness following his summer holidays.

Head coach Mauricio Pochettino has said that the Argentine could be handed his maiden outing for the club away at Reims on Sunday, which marks their last fixture before the international break comes into effect.

A path has been cleared for Messi to figure in that contest, with fellow countryman Mauro Icardi picking up a shoulder injury that is set to keep him out for up to a month.

PSG have said in a statement on the club's official website: "Medical examinations have revealed the Argentina international is suffering from a Grade 2 sprain of the acromioclavicular joint.

"It is estimated he will return to full training in three to four weeks."

Despite the fact that Messi is still getting back up to speed physically, Argentina boss Lionel Scaloni has called up the ex-Barcelona superstar for his side's latest set of World Cup qualifiers in September.

If Messi does indeed join up with his country for their games against Venezuela, Brazil and Bolivia, he could be a major doubt for PSG's next set of matches later in the month due to the fact that Argentina and Brazil are still on the 'red list' for travellers under the French government's current coronavirus rules.

Who else has made the Argentina squad?

PSG could also be sweating on the availability of Angel Di Maria and Leandro Paredes, who have been called up alongside Messi as Argentina seek to move one step closer to Qatar 2022.

Inter's Lautaro Martinez has made the 30-man squad after shaking off an injury, and Tottenham's newest signing Cristian Romero is also still in Scaloni's plans following his move from Atalanta.