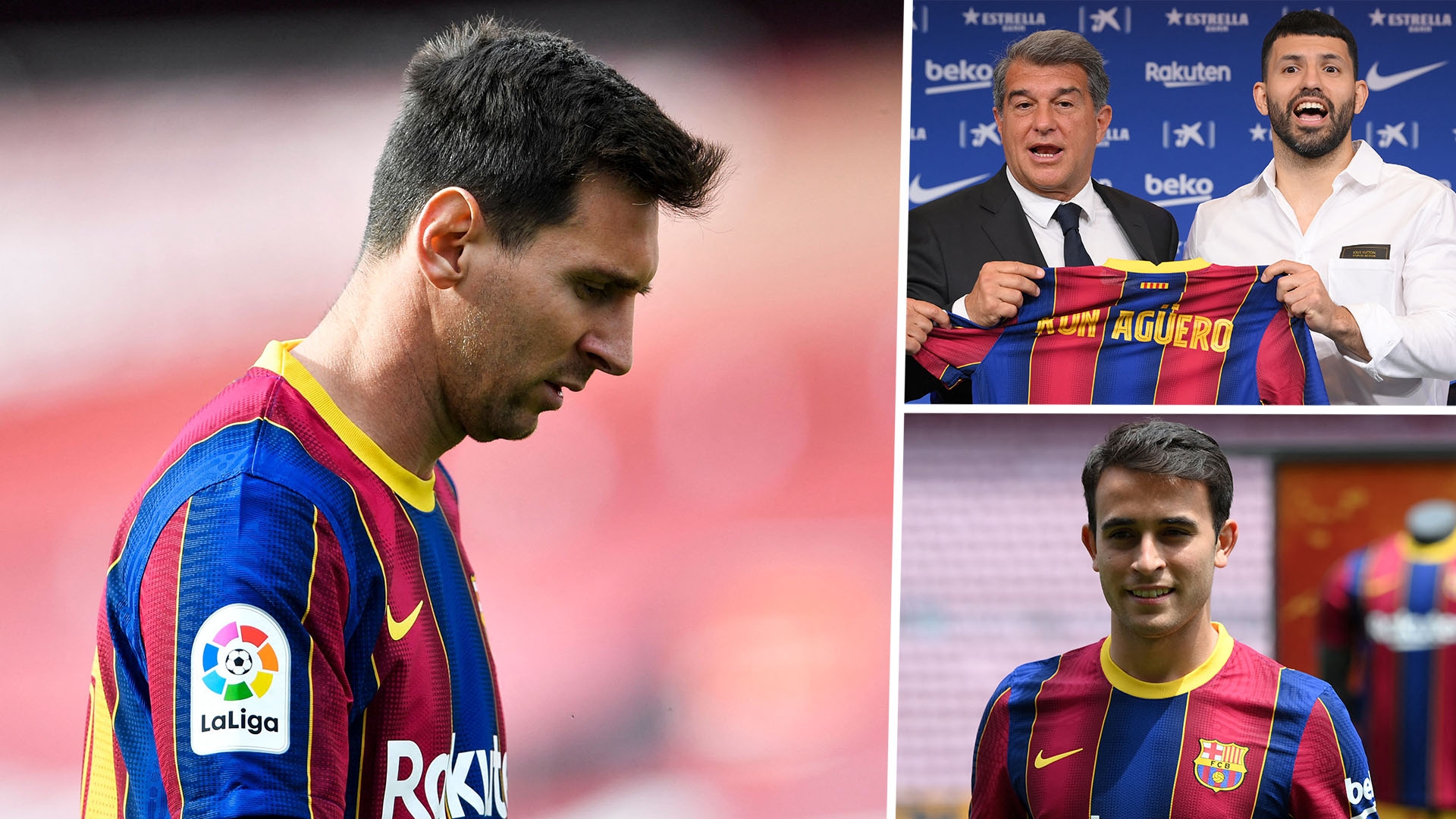 The Argentine superstar has seen his previous deal at Camp Nou expire, but there remains confidence in Catalunya that fresh terms will be agreed

Lionel Messi is officially a free agent after seeing his contract expire at Barcelona, but with the player wanting to stay put, why are the Catalans struggling to get a deal done - and why can't they register their new signings?

Club president Joan Laporta claims "everything is on track" as he expressed his optimism that Messi, who has been linked with the likes of Manchester City and Paris Saint-Germain, will be staying put.

A salary cap is, however, at the centre of the delay in securing the Argentine's signature, as well as the club's ability to register new players, with Goal explaining below the exact reasons behind the financial struggles.

Does Messi want to stay at Barca?

Goal can confirm that Messi intends to remain at Camp Nou and is eager to sign a new two-year contract with the club.

Indeed, Barca are desperate for their captain and talisman to commit to a new contract that would seem him add to the 21 years he has already spent in Spain with the Catalan giants.

Laporta, and his most trusted executives Ferran Reverter and Mateu Alemany, have been working on a two-year extension for Messi, although financial issues continue to stop significant progress being made with the talks.

What are the financial problems facing Barca?

It has been revealed that the Liga giants are €1.2 billion (£1.1b/$1.5b) in debt, which is making life difficult when it comes to negotiating new contracts and getting fresh faces on board.

However, the main issue with the Messi contract is the salary limit that has been imposed on Barca by La Liga, making it currently impossible for the club to agree a deal with the 34-year-old that is in line with his expectations.

Furthermore, Barca actually finished the season exceeding the limit, something that league chief Javier Tebas will not allow going into the 2021-22 campaign, meaning player sales are of fundamental importance.

Indeed, Messi has a status as the highest-paid footballer in the world and the Catalans do not wish to lower his salary, at least over the next two seasons.

And it's not just Messi's future that is being affected by the financial problems at the club.

Even summer signings Eric Garcia, Memphis Depay, Emerson and Sergio Aguero cannot yet be registered with the club before a number of other first-team players are moved on.

Who has left & who is up for sale?

Barca have been able to offload Jean-Claire Todibo,  with Nice having signed the centre-back that had been on loan with the French club for a fee worth an initial €8.5m (£7m/€10m).

Konrad de la Fuente, meanwhile, has signed for Marseille for €3m and Junior Firpo is all set to join Leeds United in a €15m deal. Matheus Fernandes is another who has been cleared from the wage bill after he was released on a free transfer.

Francisco Trincao has also been allowed to depart on loan to Wolves, with the Premier League club having the option to purchase the Portuguese winger.

That's not enough, however, with Barca needing to move on more players in the coming weeks.

Further attempts to slash the club's wage bill have seen them offer to release both Samuel Umtiti and Miralem Pjanic from their contracts, with neither fitting into Ronald Koeman's plans for the future.

Martin Braithwaite and Philippe Coutinho, meanwhile, are also available for transfer, with the Catalans ready to listen to offers.

Should Umtiti, Pjanic and Coutinho all be moved on, with around €64m (£55m/$76m) gross being freed up, that would still not be enough to appease the salary cap.

There is hope that Tebas may relax the restrictions although, speaking in June, he was adamant that there would not be any exceptions regarding Barca's salary limit. He said: "We cannot make a rule for Messi or for [Erling] Haaland. The rules are what they are.

"The managers know it perfectly well and it will not change. The efforts made by Barca to reduce its salary bill are on the right track but there will not be a special rule. The rules have to be complied with, we are not going to change them. We are not going to make an ad-hoc rule for Messi."

What has Laporta said?

Laporta has told El Transistor when asked for an update on Messi's long-running contract saga: "We want Messi to stay and Leo wants to stay, everything is on track.

"We have the issue of fair play, we are in the process of finding the best solution for both parties."