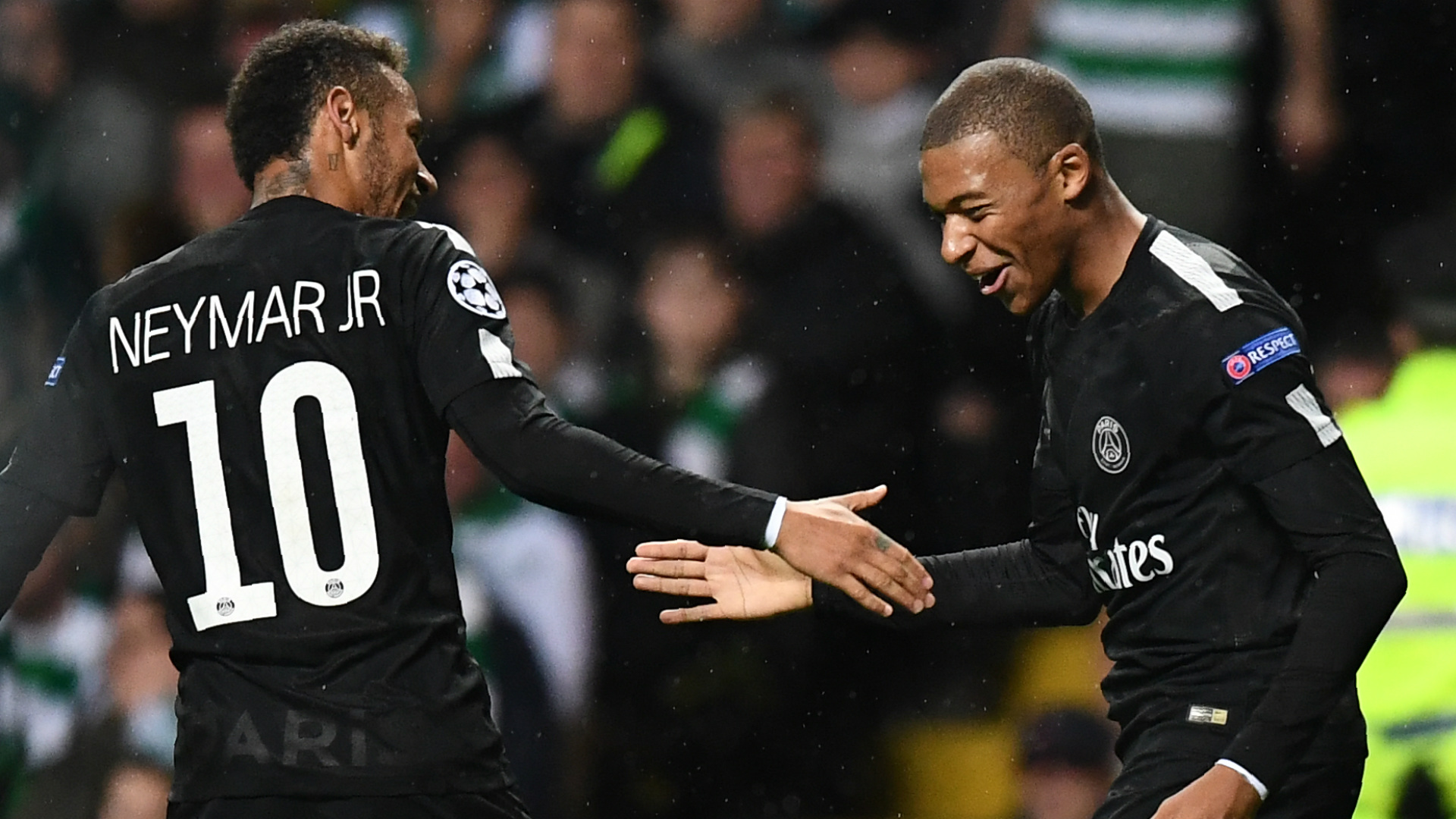 Kylian Mbappe created Champions League history with his goal for Paris Saint-Germain against Celtic at Parkhead.

The 18-year-old, who joined PSG from Monaco on an initial loan deal ahead of a €180 million permanent move next summer, is the first teenager to score for two different clubs in the Champions League.

He scored his first goal in the competition for Monaco in February during his former club’s 5-3 away defeat by Manchester City in the first leg of their last-16 tie.

Mbappe scored a total of six goals in the knockout stages last season before Monaco were beaten by Juventus in the semi-finals.

1 - Kylian Mbappe is the first-ever player to score a Champions League goal as a teenager for two different clubs (Monaco & PSG). Wonderkid. pic.twitter.com/Z22y6OXEkN

Following his stunning move to PSG during the summer transfer window, Mbappe marked his debut for his new club with a goal against Metz last Friday.

The France international then followed up by scoring on his Champions League debut for PSG when he converted Neymar’s header back across goal to put his side 2-0 up at Parkhead.

Meanwhile, the world’s most expensive player Neymar had earlier proved his liking for playing against Celtic by scoring the opening goal of the game.

He then provided the assist for Mbappe’s goal as PSG threatened to run riot against Celtic, with Edinson Cavani making it 3-0 before half-time from the penalty spot.