Who is Arsenal signing Mavropanos? Meet Greece's next big defender 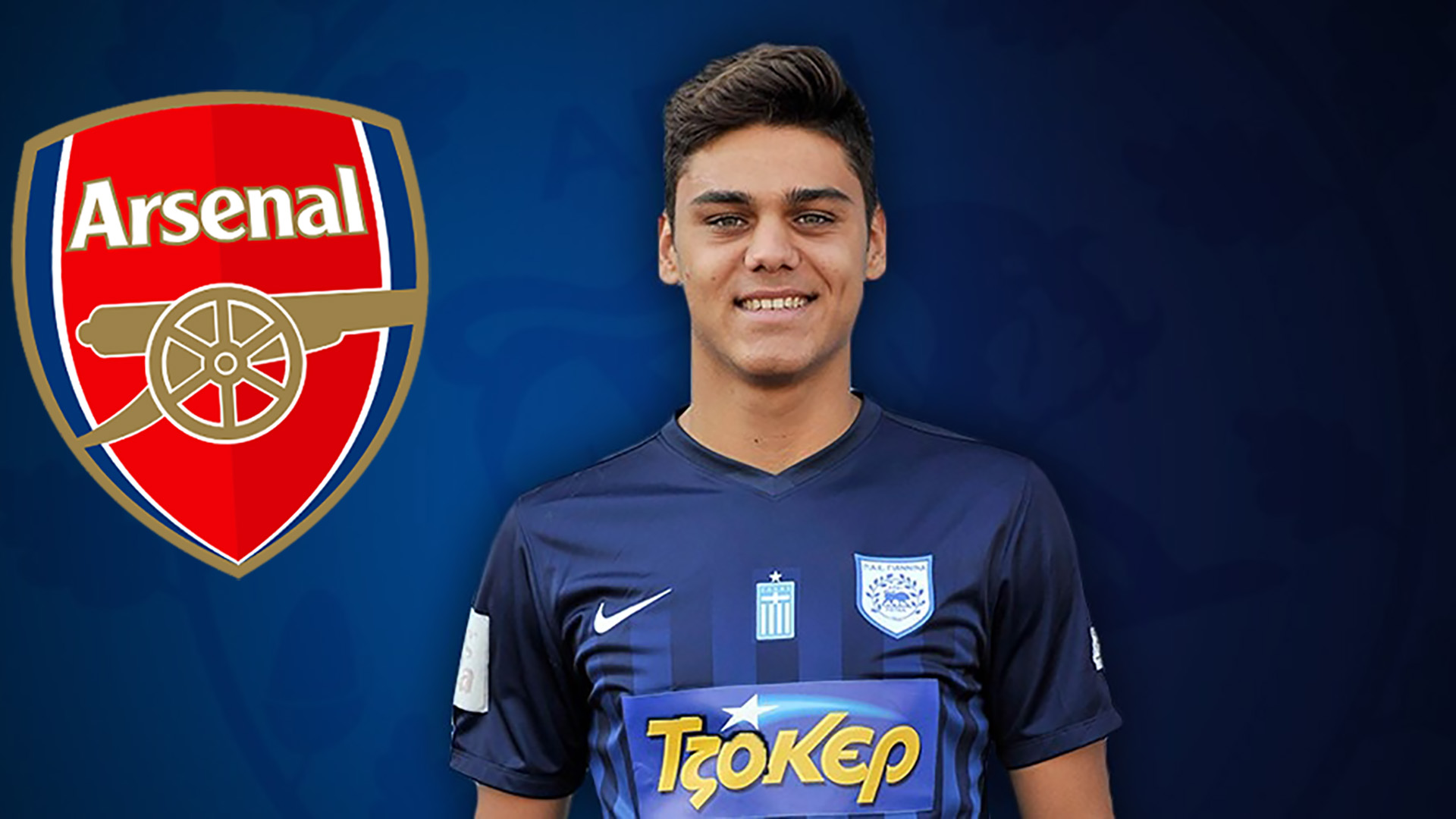 Arsenal have completed the signing of PAS Giannina starlet Kostas Mavropanos for a fee in the region of €2.1 million (£1.8m) .

The 20-year-old defender only made his professional debut in November 2016 but has gone on to become one of Greek football’s most sought-after youngsters.

Goal caught up with Gazzetta.gr journalist Thodoris Vasilis, who gave us the lowdown on Mavropanos and what the deal means for Greek Super League side PAS.

"PAS Giannina are a defence-minded team who are well organised and low scoring," said Vasilis. "The game plan is about having a solid defence and hitting the opposition on the counter-attack. That opened up a big opportunity for Mavropanos as PAS play with three defenders.

"He showed that he’s very good in one-on-one duels. He's not so much technically gifted, but very dynamic and good in the air. He is a similar player to Shkodran Mustafi if you are comparing him with another Arsenal defender.

"He made his professional debut in November 2016 in the Greek Cup, after recovering from a meniscus injury which put his development back slightly. He signed a three-and-a-half-year contract in January 2016 and was initially part of the Under-20 team before training with the first team because the coach believed in his talent. Giannis Petrakis trusted him enough to put him in the starting line-up for games against Veria and AEK Athens this season, and he was voted man of the match against AEK."

Speaking after that game, Mavropanos said: "I am very happy that my effort and performance are rewarded with this prize.

“I waited for the whole year to be given the opportunity. I was handed a chance in the final game and I think my performance was good enough with the help of my team-mates, and the guidance and the instructions they gave me. It was what I expected and maybe more because they helped me settle into the group. Through my team-mates I try to improve myself.”

Mavropanos is 'the next big thing'

"Olympiakos was close to signing him in October for €1m. However, it was not an official offer from Olympiakos. They wanted to have the first refusal on the player if he became for sale in January. PAS told them that if they received a better offer from outside they will accept it, which is why he is now heading to Arsenal."

The transfer fee will make a similar kind of impact for Mavropanos' current club as Neymar's world-record move to Paris Saint-Germain did last summer.

"In terms of what the deal means for PAS Giannina, it’s huge," said Vasilis. "Two million may not sound like a lot to those who follow the major European leagues but it will be the biggest in the club’s history. The deal is like Neymar joining Paris Saint-Germain – yes, that big!

Sven Mislintat,who kept an eye on me and brought me to borussia dortmund!!

"Interestingly, Arsenal’s chief scout Sven Mislintat watched Greece Under-20s play last summer and signed young Olympiakos player Argiris Kampetsis (for Mislintat's former club Borussia Dortmund). He clearly has knowledge of the Greek market and Mavropanos’ arrival could be the start of similar signings, if his previous work is anything to go by.

"As for Mavropanos, there is no doubt that Arsenal have a big talent on their hands."

Mavropanos was handed his first-team debut for the Gunners against Manchester United at Old Trafford on April 29, becoming the 200th player to be given his Arsenal bow by Arsene Wenger.