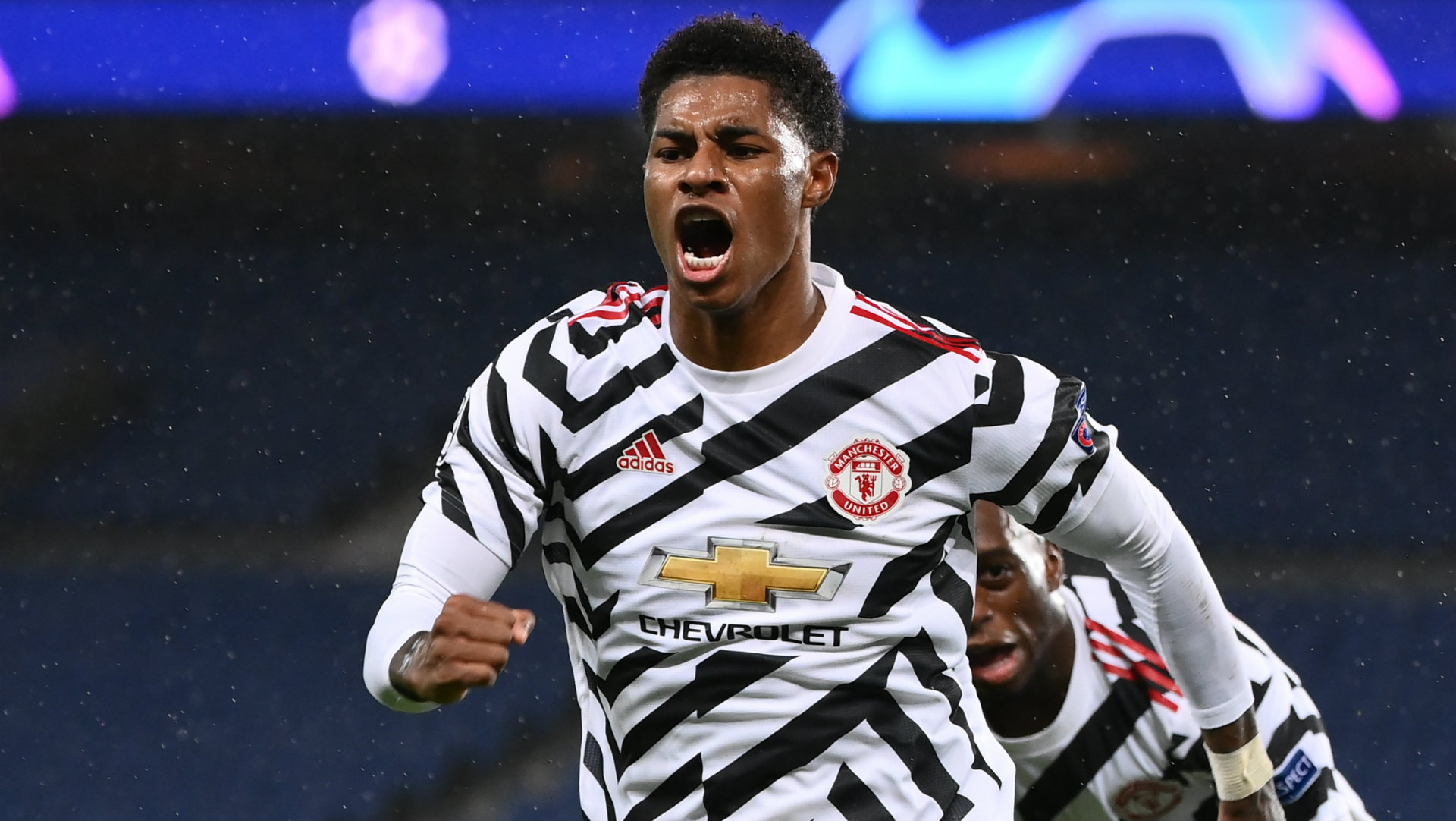 Despite Labour's bid to extend free school meals was rejected in Commons, Rashford has been inspiring a campaign to combat child hunger

Marcus Rashford has been spearheading a movement to make sure underprivileged schoolchildren are able to have access to free food over the holidays.

The Manchester United footballer has been vocal about his efforts to put an end to child food poverty, and Goal has what you need to know about the campaign.

Rashford has been working to extend the government's free school meals campaign to function over the holidays until Easter 2021, instead of only during term time.

The Manchester United star has been passionate in his efforts to combat child hunger across England, following his efforts over the summer in which he was able to change the course of the UK Government's decision in order to provide free meals for underprivileged children during the summer school holidays.

It followed an extension for free school meals available to eligible children during the Easter holidays earlier in the year, but another road block was hit in October when the Labour bid to extend free school meals was rejected by MPs in Commons 322 to 261.

The government blocked the bid and decided not to follow in the footsteps of Scotland, Wales and Northern Ireland, stating that they had already given councils £63 million in funding for families who are in disadvantaged positions financially due to Covid-19, in addition to increasing welfare support by £9.3 billion.

But Rashford has voiced his disappointment at the UK Government, taking to Twitter to express his frustrations and launching a petition urging the government to double down in their efforts to end child poverty.

And though Labour's bid was rejected, several businesses promised to aid Rashford and start their own campaign to provide free school meals during holidays, with the forward retweeting the locations of those who had stepped up.

"Put aside all the noise, the digs, the party politics and let's focus on the reality," Rashford had written on Twitter. "A significant number of children are going to bed tonight not only hungry but feeling like they do not matter because of comments that have been made today.

"We must stop stigmatising, judging and pointing fingers. Our views are being clouded by political affiliation. This is not politics, this is humanity.

"We talk about the devastating impact of Covid-19 but, if projections are anything to go by, child food poverty has the potential to become the greatest pandemic the country has ever faced.

"We must start working together and unite to protect our most vulnerable children. No more sticking plasters.

"Let's face this head on. Let's level up once and for all. The asks of the Child Food Poverty Taskforce remain the same. We are endorsing Government-commissioned policy recommendations that were built from extensive research and data analysis.

"These policies are vital to stabilising millions of households across the UK and need to be implemented without delay. Child hunger should never be faced with looming deadlines."

He has since invited Downing Street negotiate further plans of action.

"Following private and public approaches, I once again invite Number 10 to sit around the table with the taskforce so that, together, we can collaborate on how best to combat child food poverty in the UK," he continued. "We are here to help, but we require guidance and insight from those in Number 10.

"I don't have the education of a politician, many on Twitter have made that clear today, but I have a social education having lived through this and having spent time with the families affected.

"These children matter. These children are the future of this country. They are not just another statistic, and for as long as they don't have a voice, they will have mine. You have my word on that."

The petition, created by Rashford in October 2020, beckons the UK Government to provide during meals during all holidays for schoolchildren, and for free school meals to be extended to households who are on universal credit.

The petition can be accessed using this link.

"It’s time we put party politics aside and worked together to find a long-term sustainable solution to child food poverty in the UK.

"Implement the three asks. I appreciate you all."

The statement on the petition states: "Government should support vulnerable children & #endchildfoodpoverty by implementing 3 recommendations from the National Food Strategy to expand access to Free School Meals, provide meals & activities during holidays to stop holiday hunger & increase the value of and expand the Healthy Start scheme."