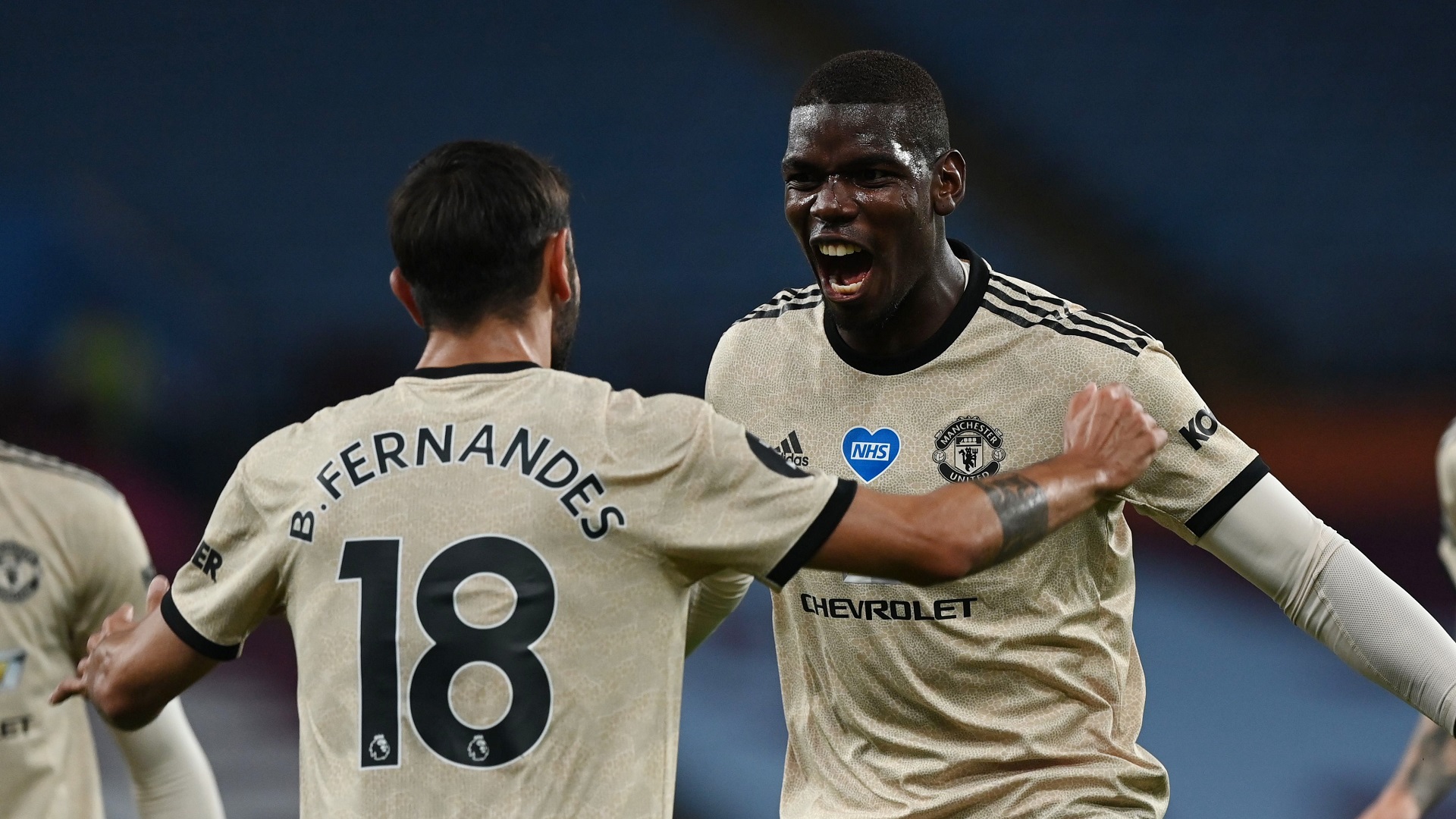 The Red Devils' scintillating run of form continued at Villa Park as Bruno Fernandes, Mason Greenwood and Paul Pogba all got in on the act

Manchester United have set a new Premier League benchmark after winning by a margin of three or more goals for the fourth game in a row by thrashing Aston Villa.

Ole Gunnar Solskjaer's side arrived at Villa Park on Thursday looking to extend their recent winning run in the top flight to four matches, and their unbeaten streak stretching back to January to 17 across all competitions.

Villa managed to minimise the Red Devils' considerable attacking threat in the opening 25 minutes of the match, as Dean Smith's side aimed for an upset in their ongoing bid to avoid relegation.

However, the breakthrough was eventually made just before the half-hour mark, as Bruno Fernandes won a penalty following a rash challenge from Ezri Konsa in the box.

The Portuguese confidently struck the ball into the bottom corner for his eighth goal in 15 appearances for United, which sparked a dramatic shift in momentum.

Solskjaer's men quickly began pushing for a second goal and were rewarded for their efforts just before half-time when Greenwood picked the ball up 25 yards from goal. The 18-year-old set himself before firing a fearsome drive past Pepe Reina in the Villa net, giving the visitors a healthy lead heading in at the break.

Paul Pogba rounded off the scoring to continue his recent resurgence with 58 minutes gone, as he expertly placed the ball into the far corner of the net after receiving a pinpoint Fernandes corner just outside the penalty area.

The game finished 3-0 after a subdued last 30 minutes, with United becoming the first team in Premier League history to win four successive games by three-plus goals.

4 - Manchester United are the first side in @premierleague history to win four consecutive games by a margin of 3+ goals, with the last team to do so in the English top-flight being Liverpool in October 1987. Powerhouse. pic.twitter.com/5B2wmxEngS

The Red Devils' latest win over Villa also means that they have now beaten the Lions on every day of the week in the top-flight, a feat no other side has managed against an opponent in the competition.

Solskjaer will now start preparing his side for a meeting with Southampton at Old Trafford on Monday, with United now only one point behind Leicester in the race for a top-four finish.