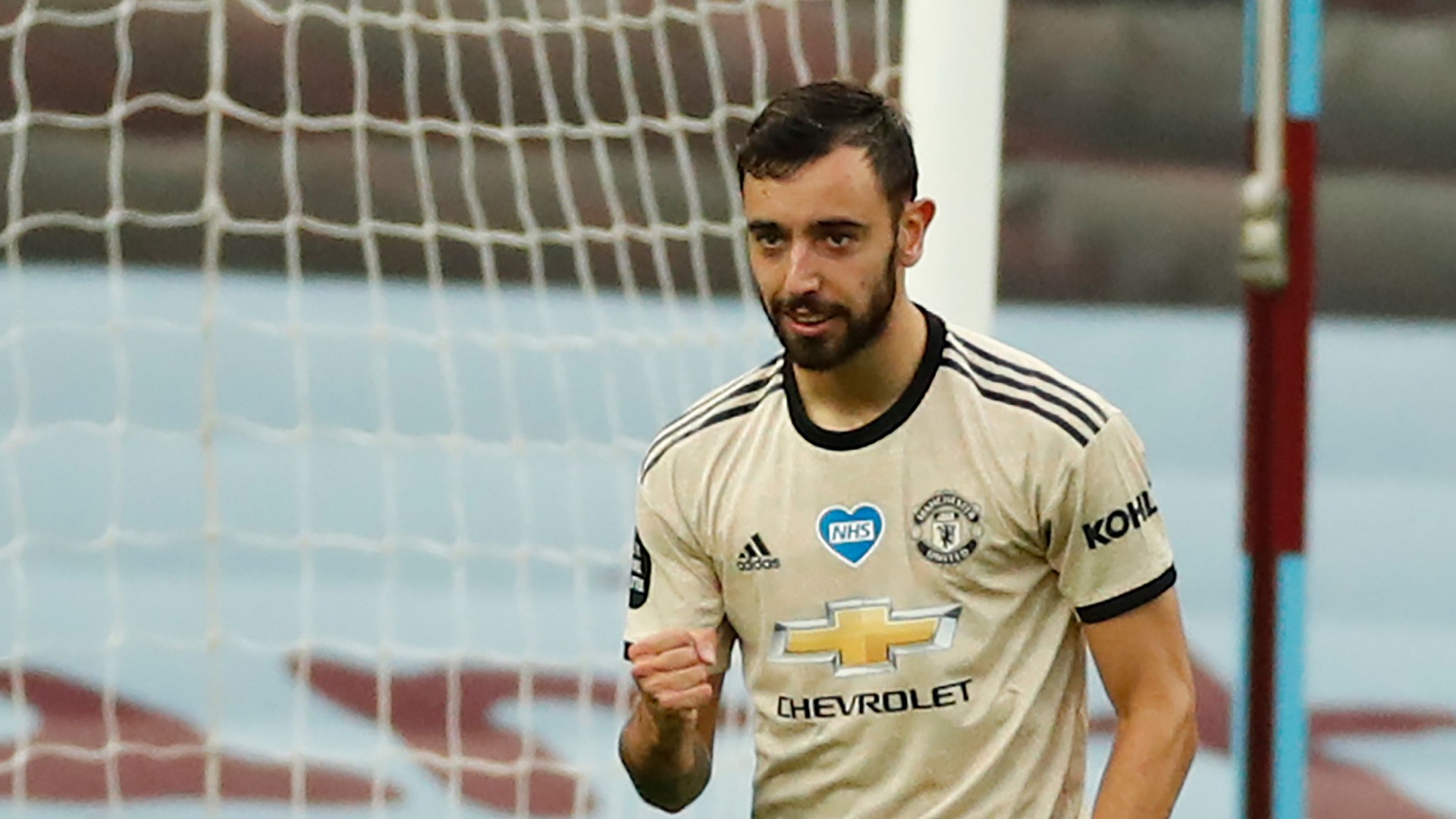 Manchester United have equalled the Premier League's all-time record for penalties given in a single season, with Bruno Fernandes netting their opener against Aston Villa from 12 yards.

Ole Gunnar Solskjaer's side travelled to Villa Park on Thursday night for a must-win game in their continued pursuit of a top-four finish.

The Red Devils have been in scintillating form since the Premier League restart on June 17, winning three of their last four fixtures, scoring an impressive 12 goals in the process.

Villa were able to stifle United's attacking players in the opening quarter of the game, but a breakthrough was eventually made when the referee awarded the visitors a penalty just before the half-hour mark.

Fernandes was felled by Ezri Konsa after spinning just inside the box, and Jonathan Moss pointed to the spot-kick after a VAR review.

The Portuguese midfielder showed nerves of steel to send Villa goalkeeper Pepe Reina flying the wrong way and sweep the ball into the bottom left-hand corner, taking his tally in a United shirt to eight goals since his €55 million (£49m/$62m) move from Sporting CP in January.

The Red Devils have now been awarded the joint highest number of penalties over a 38-game season in Premier League history, level with Leicester in 2015-16 and Crystal Palace in 2004-05.

Man Utd have been awarded 13 of the 79 penalties taken in this season's Premier League, making up 16.5 per cent of penalties given.

That 16.5 per cent is the highest proportion of any side in a season in the competition's history.

Fernandes, meanwhile, has been directly involved in 12 goals in his first ten outings for Solskjaer's side, as he continues to set English football alight.

12 - Bruno Fernandes has been directly involved in 12 goals in his first 10 Premier League games (seven goals, five assists); only Mick Quinn (13) has been involved in more in a player's first 10 appearances in the competition's history. Traps. pic.twitter.com/XCHmiDPiCB

Only former Newcastle striker Mick Quinn has hit more (13) in their opening ten appearances for a new club in the top-flight, and his brilliance in the final third could now see United move to within a single point of Leicester - who currently occupy the final Champions League spot.

The Red Devils also look set to extend their recent unbeaten run to 17 games, with Mason Greenwood doubling their advantage against Villa with a fearsome strike just before half-time.