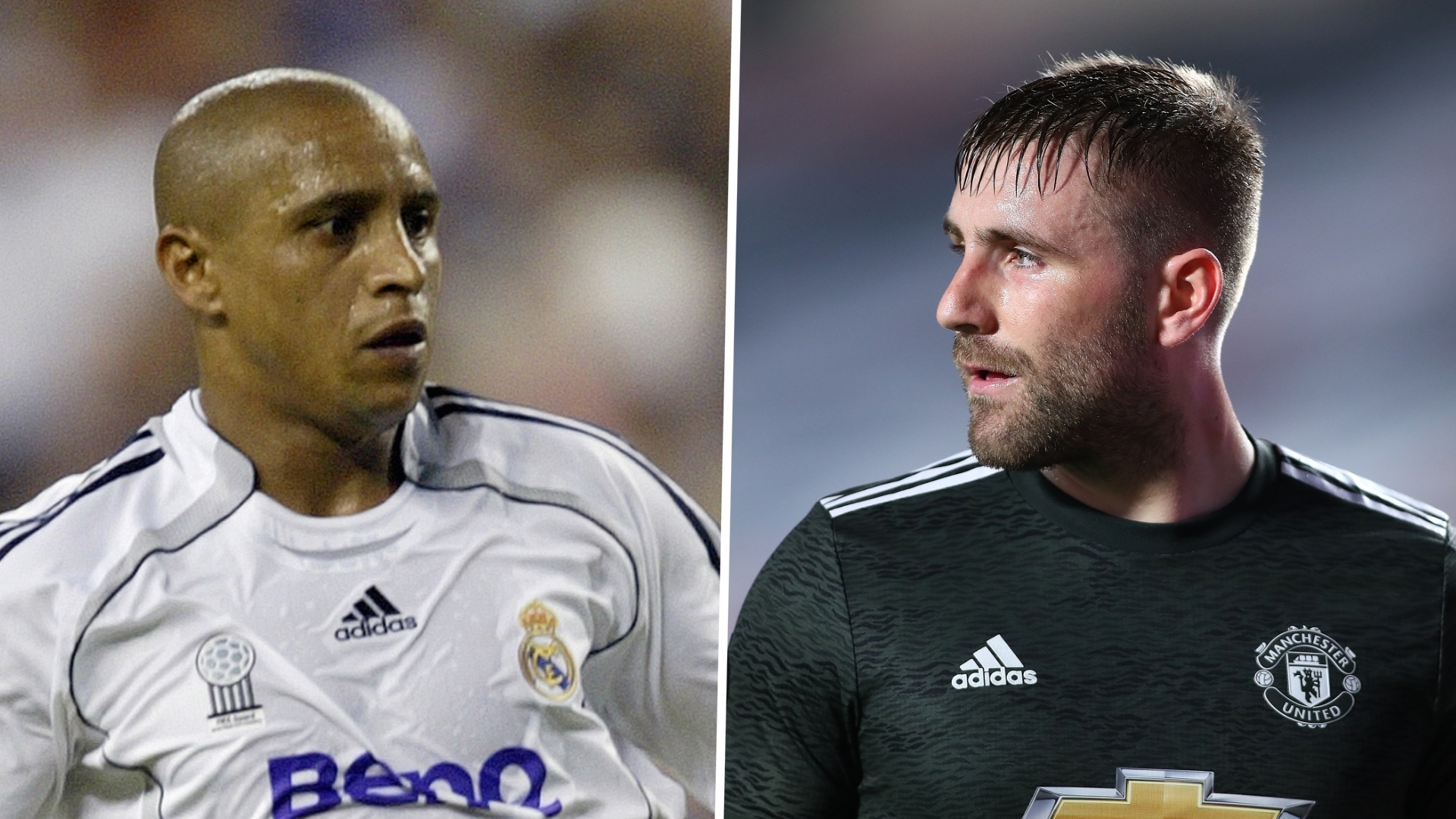 Manchester United defender Luke Shaw has laughed off the 'Shawberto Carlos' nickname bestowed upon him by Red Devils supporters, with the England international reluctant to place himself in a talent bracket alongside a Real Madrid and Brazil icon.

The 25-year-old's efforts in the 2020-21 campaign have seen him likened to World Cup winner Roberto Carlos by a loyal fan base at Old Trafford.

Shaw has been catching the eye, earning Player of the Month prizes and a recall to the Three Lions fold, but acknowledges that he is some way off earning a standing alongside an all-time great on the left-back roll of honour.

Responding to his new nickname during a Q&A on United's official website, Shaw said: “I’ll be honest, I’ve seen some things on it on social media and sometimes in my group chats my mates send me some stuff and I just laugh about it!

“I can’t be compared to him, he was unbelievable!

“I’m aware of it and it’s nice to be even mentioned alongside his name, but I just laugh about it!”

Who did Shaw look up to?

Carlos was an obvious role model for Shaw growing up, with the South American superstar raising the bar for all left-backs that have trodden a similar path.

His left foot was a dangerous weapon in the final third, with a reputation established for producing spectacular strikes from crazy angles and dead-ball situations.

Shaw is, however, prepared to admit that he looked a little closer to home for inspiration when carving out his own career.

Ex-Arsenal and Chelsea star Ashley Cole is another to have earned the moniker of 'best left-back on the planet', with a man who earned 107 caps for England showing a new generation what can be achieved in what has not always been the most glamorous of positions.

Shaw added on his idols: “I think, looking back at when I was growing up and my sort of era, and watching him a lot and basing my game a lot on him and what I wanted to be like as a player, then I would have to say Ashley Cole [was the best].

“I’ve always been a massive fan of him and thought, when I was growing up, he was one of the best left-backs at that time.

“For me, as an all-round full-back he was one of the best I’ve ever seen with attacking and defending, so I’d say Ashley Cole.”