Luis Henrique: The 'Brazilian Mbappe' being linked with Juventus 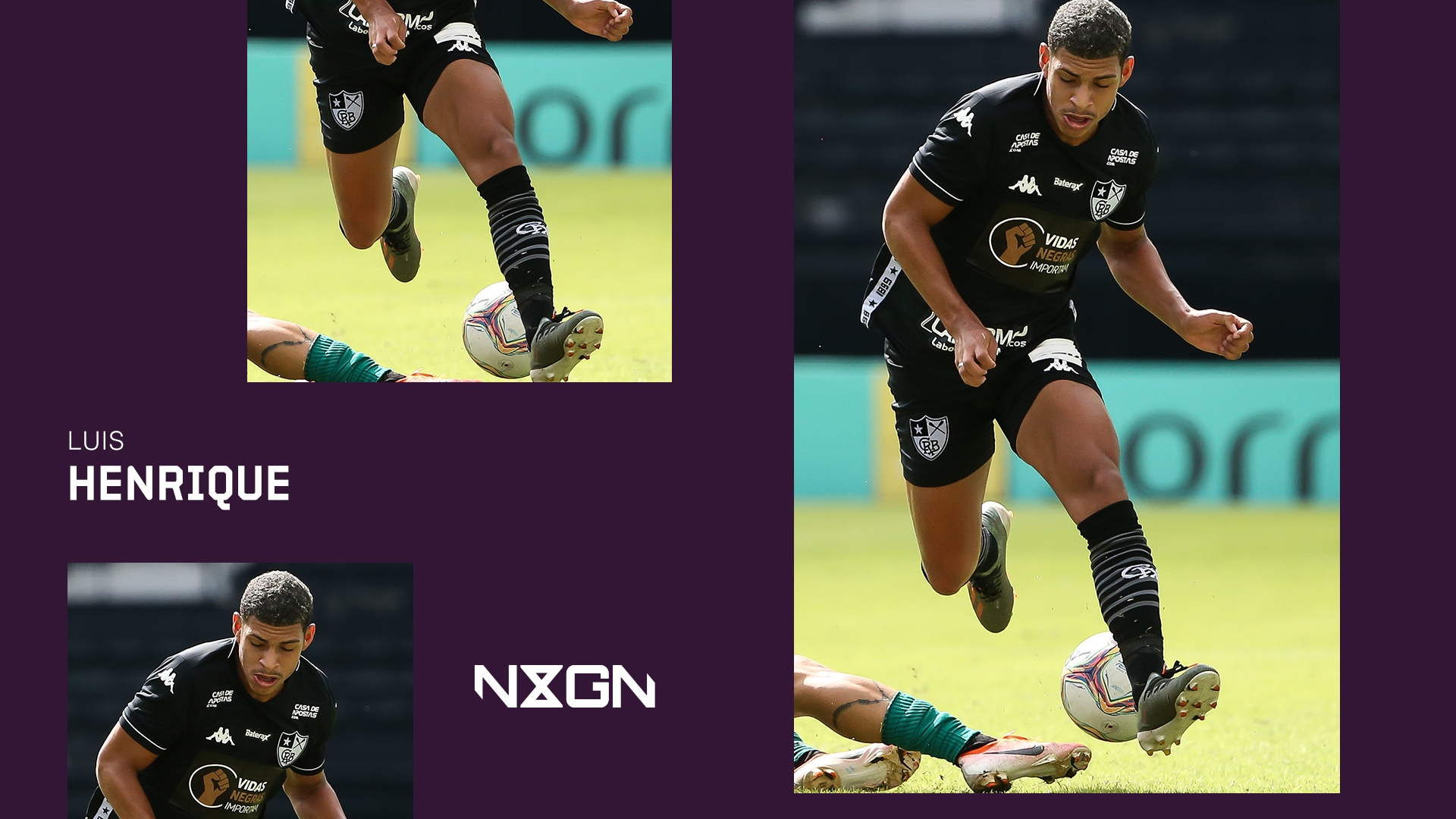 For a player to be bestowed the No.7 shirt at Botafogo means that they are regarded as being able to live up to the club's greatest-ever player.

For 12 years in the mid-20th century, Garrincha mesmerised fans in the southern Rio de Janeiro, with his dribbling ability leading some who saw him in his pomp to claim he was better footballer than the great Pele.

With the No.7 on his back, the winger would dance to his own tune on the right side, regularly leaving opposition defenders in his wake.

Sixty years on from Garrincha's heyday, and there is a new No.7 making waves at Estadio Nilton Santos. This forward, though, is being likened to a far more contemporary superstar.

"They talk a lot about [Kylian] Mbappe," Luis Henrique tells  Goal when asked about who he had heard fans compare him with. "It's what people have been saying."

"[Thierry] Henry too. They have already said my sprinting style looks like that of Ronaldo Nazario."

Lacking in neither speed nor skill and with an eye for goal, the 18-year-old forward has certainly earned those lofty comparisons while taking his first steps into the senior game, and European clubs have begun to take notice.

Reports citing Juventus as potential suitors have grown in prominence in recent months, and a journey across the Atlantic in the not-too-distant future seems almost certain.

Henrique, however, is no stranger to long trips, having moved 4,000 kilometres away from his home in north-eastern Brazil to further his education in the game as a youngster.

The teenager grew up in the Paraiba region and attended the 'Book in the hand, ball at the foot' soccer school run by his father before being invited to move to the country's southern-most region, Rio Grande do Sul, by Tres Passos Atletico Clube (TAC).

It is a switch that Henrique describes as a "big change", but it was one that saw him continue to thrive while also allowing him to make his first impact in Europe.

During a tour of the continent TAC's youth team took on Bayern Munich, with a 16-year-old Henrique scoring and assisting in the Brazilian outfit's 2-1 win.

Bayern were suitably impressed, and offered the youngster the opportunity to spend two weeks training with them in Bavaria.

“He was only 16 years old, so they left the door open and will continue to watch him develop," Henrique's agent, Sandro Becker, told  GloboEsporte.com of his client.

If that alerted Europe's top clubs to his talents, then he was already beginning to earn a profile in his homeland.

Much like Garrincha decades previously, he had trials at a number of top-flight clubs that did not result in any further offers. Both Sport Club do Recife and ABC of Natal turned him down while he also underwent tests at Fluminense before Botafogo made their move in what was, literally, a dream becoming reality.

"She [Henrique's godmother] had dreamed of the team that I would play for," he reveals. "And it was a black and white team. After a few days the news came. I was so happy.

"It is a team that has a great history here in Brazil. I will always be grateful to Botafogo. I have a great feeling for the club. I just want to return this affection."

In truth, Henrique has already begun paying back the faith that was shown in him after making his senior debut days before his 18th birthday.

He provided an assist in just his second appearance, with no player born in the 2000s to have appeared in the Brasileirao having attempted (10) or completed (five) as many dribbles in their first two games.

Immediately reports of Juventus' interest emerged, with some suggesting that Cristiano Ronaldo's representative, super-agent Jorge Mendes, was keen to oversee any deal.

“We have to be pragmatic, there is a real possibility that in the next window he may leave," Botafogo manager Paulo Autuori said earlier in 2020. "He's young, but he's very strong, physically and mentally. He's very mature for his age."

For now Autuori is keen to squeeze everything he can out of the teenager before his likely departure, with Henrique having become a regular starter on the right-hand side of the forward line since the turn of the year.

He provided two goals and five assists before football in Brazil was halted due to the coronavirus, with Serie A having only returned over the past week.

With the European transfer window open until early October and Leicester City also reportedly keen, Botafogo fans remain hopeful that they will be able to enjoy Henrique for at least another six weeks.

But with those Mbappe comparisons unlikely to die down, Europe awaits for the latest teenage wonderkid to emerge from the Brazilian game.