The 17-year-old netted his first Reds goal against Shrewsbury Town on Sunday, and once again showed why he is one of England's hottest prospects

At the end there was a standing ovation and a trademark Jurgen Klopp hug.

They think the world of Kaide Gordon at Liverpool, and you can see why. At Anfield on Sunday, the teenager served notice of his vast potential.

His third professional game brought his first professional goal, and a well-taken one at that, as Jurgen Klopp’s mix of stars and scholars eventually brushed aside Shrewsbury Town 4-1 in the third round of the FA Cup.

Gordon becomes, at 17 years and 96 days, the second-youngest goalscorer in Reds history, behind only Ben Woodburn, who was a couple of months younger when netting against Leeds United back in 2016.

The FA Cup may not be what it once was, but it is still some stage on which to announce yourself. Gordon was in nappies when Liverpool last won the competition, but his quick feet and razor-sharp finish in front of the Kop set Klopp’s side on their way this time around. A home tie with Championship outfit Cardiff City awaits in round four.

“That’s Kaide!” smiled Klopp when asked about the youngster in his post-match press conference. “Finishing-wise, he’s an adult.”

Gordon, certainly, has made a big impression since his move from Derby County 12 months ago. Like others to have made the jump to Liverpool’s first-team under Klopp - Trent Alexander-Arnold, for example, or Harvey Elliott or Curtis Jones - he has the look of a mainstay.

It is the first touch, the ability to shield the ball and play with his head up, to connect with team-mates. It’s the composure, the clarity, the confidence, especially when in and around the penalty area.

Gordon was not the only youngster to shine, either. Sunday's was the fourth-youngest starting XI Liverpool have ever fielded, with an average age of just 22 years and 187 days, but Klopp’s kids, as they so often do, stepped up.

Conor Bradley, the 18-year-old right-back, recovered from a difficult first half-hour to deliver a performance dripping with heart and purpose. The Northern Ireland international was involved in two of Liverpool’s four goals, including Gordon’s, and will develop into a fine player once he matures physically. 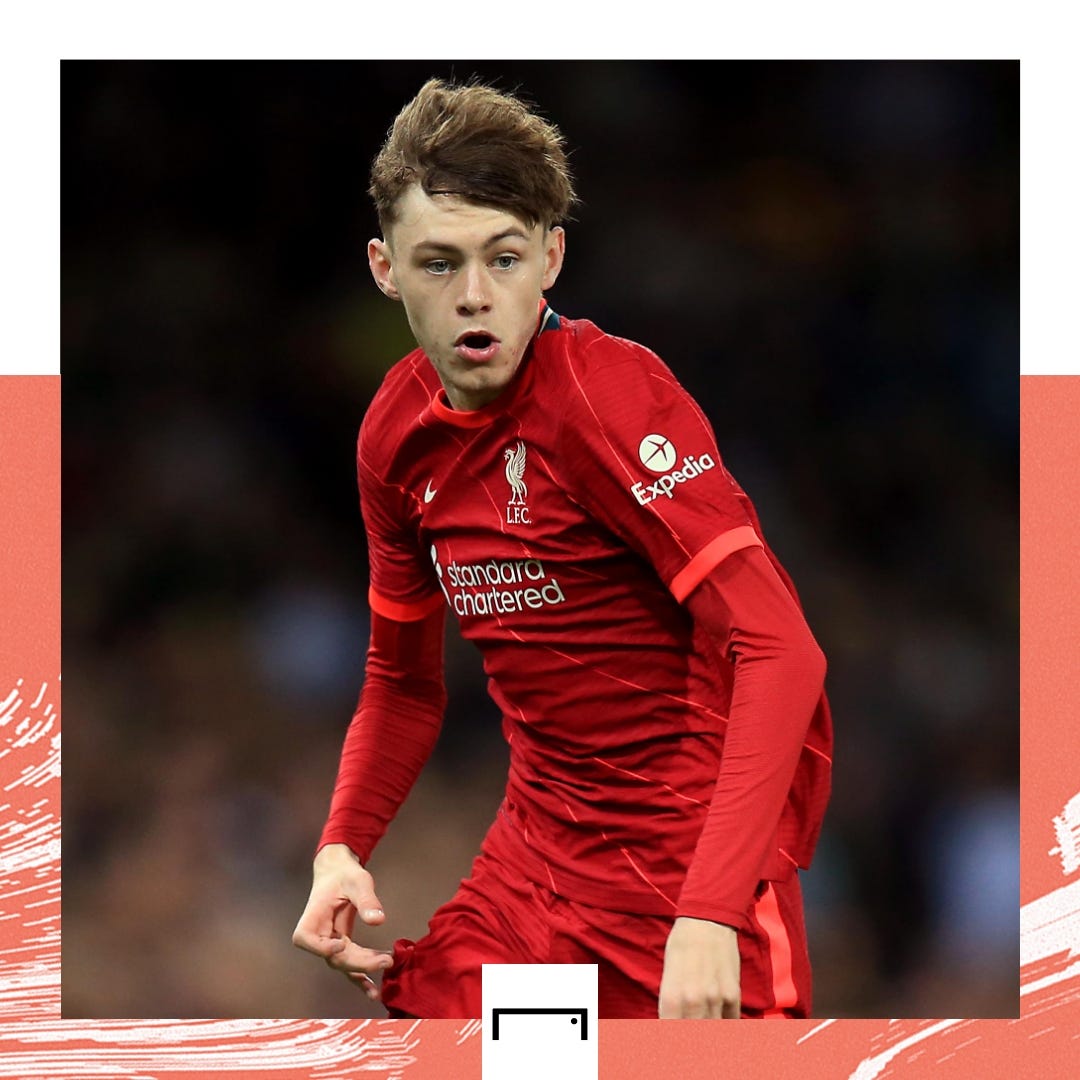 Tyler Morton, 19, performed well in midfield and it was heartening to see Max Woltman, another home-grown prospect, leading the line in the opening 45 minutes.

Morton and Woltman joined Liverpool’s academy at the age of six, and have now graced Anfield and the San Siro together with the first-team. “I couldn’t be more proud of him,” said Morton afterwards. If that doesn’t bring a smile, what will?

Elijah Dixon-Bonner, 21, had a tidy game too, and would have embroidered it with a goal had it not been for the impressive reflexes of Marko Marosi, the Shrewsbury keeper.

In the second half there was a debut for Melkamu Frauendorf, an Ethiopia-born Germany youth international, and a first senior Anfield appearance for another young Scouser, James Norris, while two more teenagers - James Balagizi and Isaac Mabaya - were on the substitutes’ bench. “So many really nice little stories today,” said Klopp.

It is Gordon’s though, which could have the greatest significance in the long-term. Liverpool, we know, will need to refresh and replenish their squad in the coming years, and if they can continue to do so from within, through the likes of Gordon, Elliott and Jones - who made an encouraging return to action against Shrewsbury - then what a result that will be. 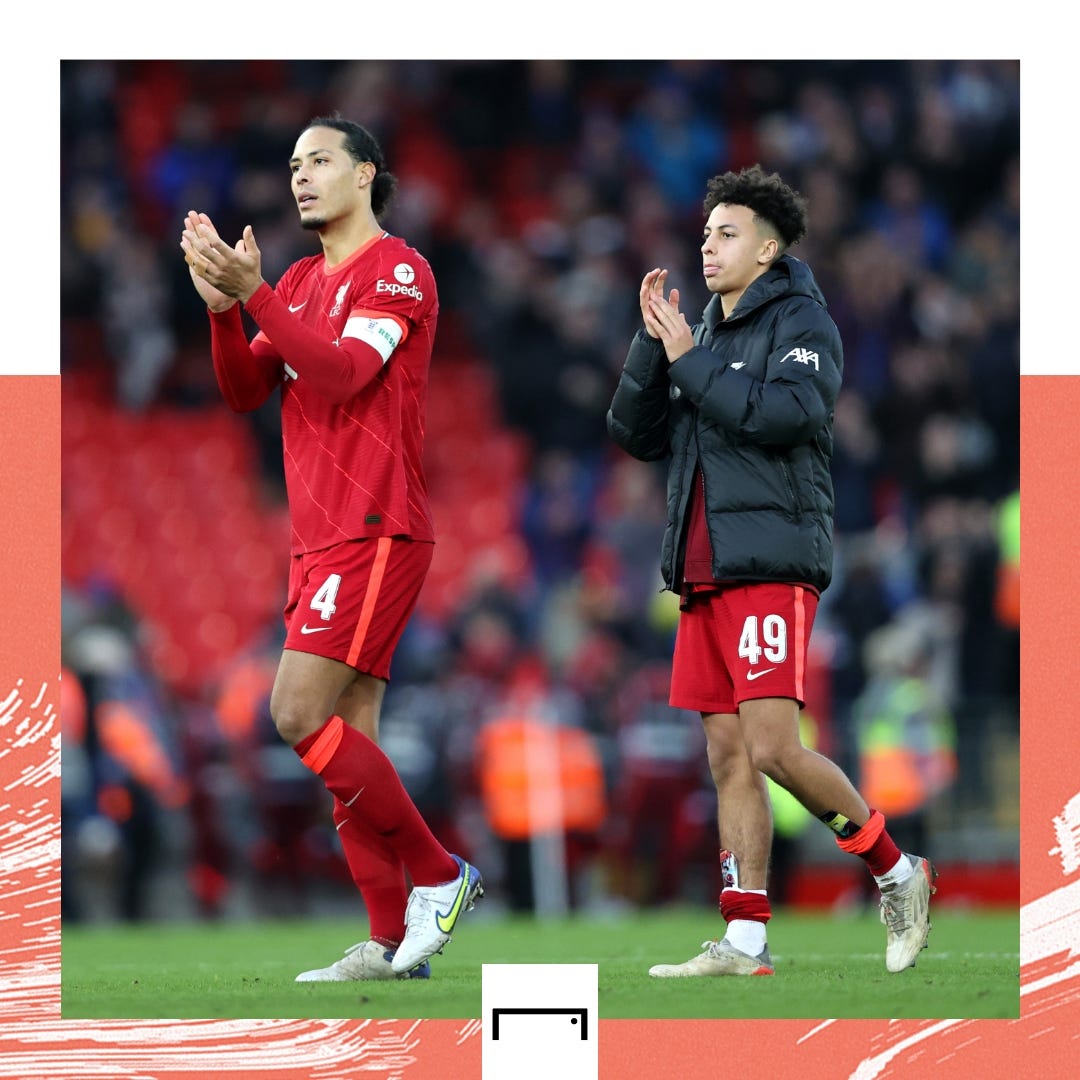 Klopp, of course, was quick to point out that there is still some distance to travel, even for one so gifted as Gordon. “He has time,” he said. “He will have his minutes here and there, and if he is working as hard as he did so far then…”

There could be more opportunities in the coming weeks, of course. With Mohamed Salah and Sadio Mane away on Afcon duty, and with Divock Origi still sidelined with a knee injury, Liverpool are certainly light on attacking options.

Expect to see Gordon on the bench for the Carabao Cup semi-final with Arsenal, and maybe for the Premier League clashes with Brentford and Crystal Palace too. He will surely start against Cardiff at the beginning of February as well.

Those are concerns for another day, however. Today, he can reflect on a job well done, on a dream FA Cup debut. His first big moment in a Liverpool shirt.

It won’t be his last.