The 16-year-old has already made his mark with Jurgen Klopp's first team, and looks set for a bright future after joining the Reds from Derby County

“Sometimes, you see players getting a lot of media attention,” begins Tom Clayton, with a smile. “Then, they come in, and you think ‘he’s not that good’...

Clayton is the captain of Liverpool’s Under-23s team, and the Kaide he is referring to is Kaide Gordon, the youngest member of it. He doesn’t turn 17 until October, incredibly, but the winger is already turning heads on Merseyside.

On Monday, he was playing, and scoring, for the U23s in a Premier League 2 win over Everton. In the cut and thrust of a ‘mini-derby’, Gordon was best player on the park by a country mile.

Eight days earlier, he’d scored at Anfield in a behind-closed-doors friendly against Aston Villa, where he had lined up alongside the likes of Jordan Henderson, Thiago Alcantara and new signing Ibrahima Konate.

The previous week, he’d started in front of 40,000 in a pre-season friendly win over Osasuna, where he had Roberto Firmino, Fabinho and Alex Oxlade-Chamberlain for company, among others.

A January signing from Championship club Derby, Gordon has certainly made his presence felt since. He spent the whole of pre-season with Jurgen Klopp’s senior squad, will train with them regularly going forward, and is already being pencilled in for first-team action in the Carabao Cup this season.

“Kaide is only a young boy but he’s done ever so well since he joined the club,” Barry Lewtas, the U23s coach, said after Monday’s game.

“He’s got a lovely knack for scoring goals, a real eye for goal. You can see the big potential he’s got. And he’s a really good kid, very mature for a 16-year-old.” 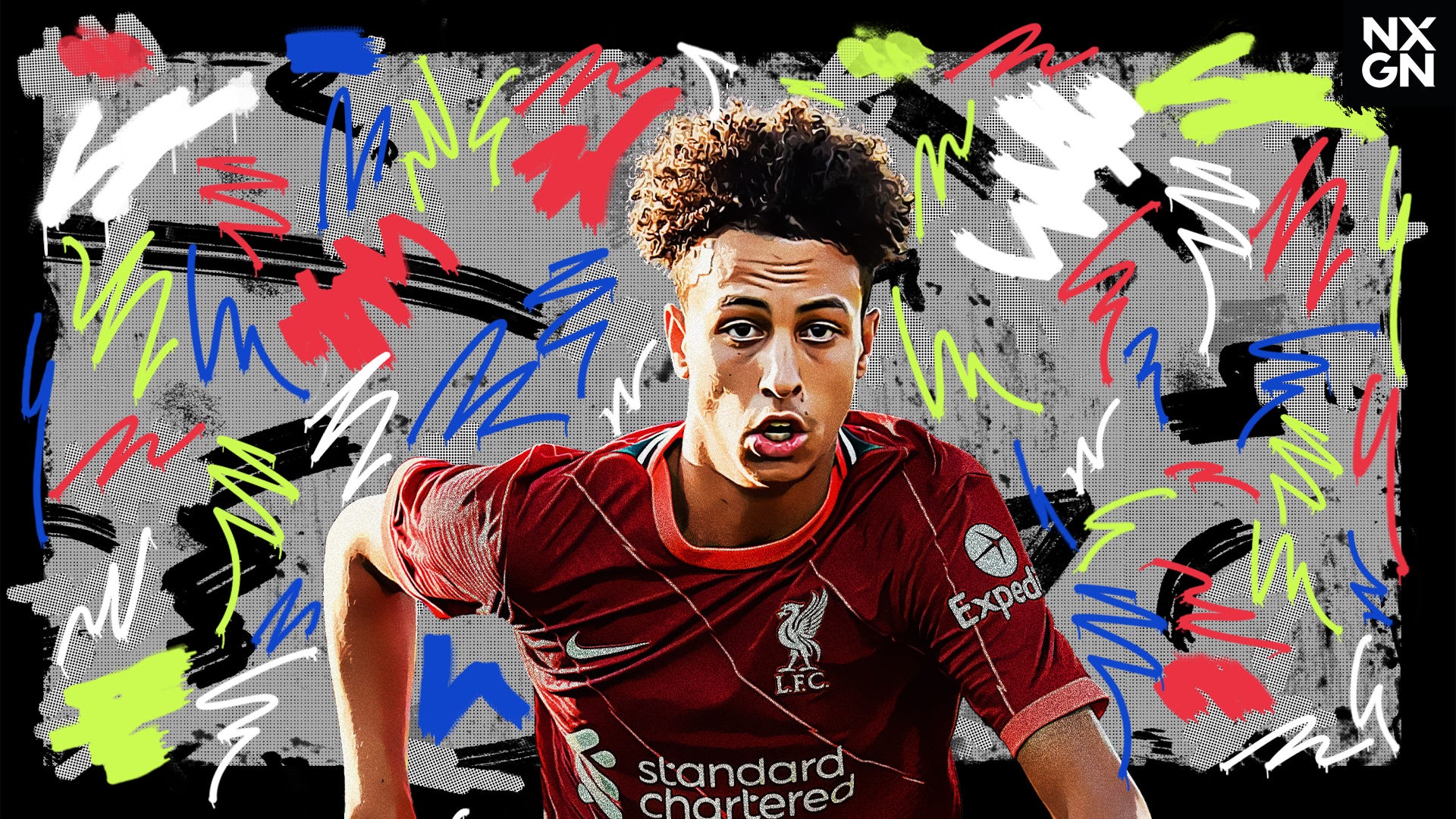 Gordon has already had first-team exposure, albeit brief, with Derby, and can count Wayne Rooney among his ever-growing list of admirers. Quick, skilful and with an appreciation of the game around him, he looks destined for big things at Liverpool.

“You can judge people quite quickly,” says Clayton. “Whether it’s their passing or their first touch.

“It was the same with Harvey [Elliott] as it was with Kaide. It was ‘wow, he’s got something special.’

“I try to stay away from him in training! It’s tough, because he’s got that bit of magic in him. I’m just glad I don’t have to play against him every weekend!”

Lewtas, for now, looks to be the coach who will benefit most from his emergence. Gordon will bypass the U18 set-up at Kirkby, splitting his training time between the U23s and the senior squad.

“We’ve got a plan for him, from an academy point of view and a first-team point of view,” he says. “We certainly don’t want to hold him back. We want him to keep playing at the pace he’s playing, and improving at the rate he’s improving.

“We want to keep turning the screw on him, and hopefully this season he’s a match-winner for us.”

He certainly was against Everton, scoring Liverpool’s second goal in a 3-1 win that was more comfortable than the scoreline suggests.

Despite being on the end of a few heavy tackles, and despite the presence of other players with first-team exposure – notably Sheyi Ojo and Rhys Wiliams – Gordon looked a cut above; direct, dangerous and with a style that had the 1,400-strong crowd gasping at times.

It is telling that Lewtas, an experienced youth coach, is so willing to talk about Gordon's qualities.

Usually, the idea is to play down any hype or excitement, knowing just how tough it is for a gifted youngster to become an established professional, let alone one capable of playing for a club like Liverpool. The recent past is littered with examples of players who have not been able to live up to the big billing.

Gordon, though, feels different. Like Harvey Elliott, who made his first Premier League start last weekend, or like Trent Alexander-Arnold or Curtis Jones before him, he just seems to have that extra edge to his game. Even at 16, he knows who he is, and he knows where he wants to get to.

“There’s a lovely innocence and freedom to him," Lewtas says. “It’s our job to make sure we give him the ball as often as possible.

“But he does play with a real maturity, he makes good movements in behind, he understands when to go 1v1, and off the ball he works really hard, but with intelligence in the way he presses and tracks.

“We have to keep working on that because the games will get tougher. I’ve told him he could be a marked man at times. Maybe that’s something he needs to learn, how to avoid those tackles!

“But he doesn’t have any fear. He keeps running at players. [Being fouled] didn’t knock him. I don’t think anybody is going to kick him off the park – you’re going to have to come up with a better plan than that!”

Liverpool’s plan, meanwhile, is clear. Let the kid develop, and watch him shine.

Elliott may be the man of the moment, but he is not the only talented teenager waiting to explode at Anfield.