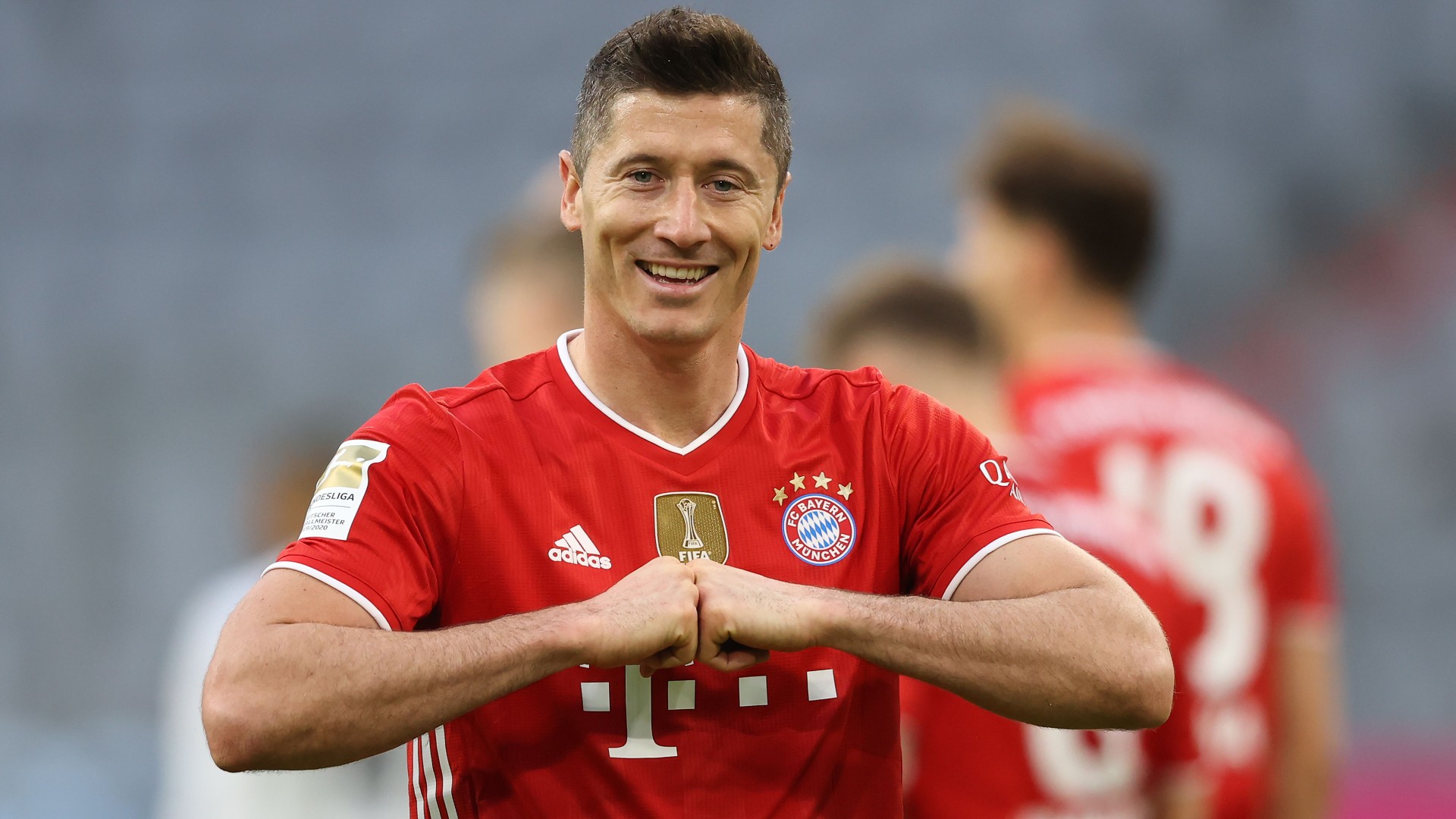 Robert Lewandowski has been named Germany's Footballer of the Year for a second successive season ahead of Thomas Muller and Erling Haaland.

Lewandowski picked up the award for the first time in 2019-20 after inspiring Bayern's run to the treble, and the 32-year-old was able to keep up the same high standards in his latest campaign at Allianz Arena.

His outstanding contribution ensured that Bayern won the Bundesliga crown for a ninth successive year, and he also managed to break Gerd Muller's 49-year-old scoring record in the competition.

Lewandowski finished 315 votes ahead of second-placed team-mate Muller and 318 ahead of Borussia Dortmund talisman Haaland to land the top individual prize in Germany this year, and expressed his delight after the announcement was made on Sunday.

"I know how big this honour is," he said. "For me, it is a reason for great pride and joy, because you rarely win the title of 'Footballer of the Year' twice in a row in Germany."

Lewandowski scored 48 goals in 48 games across all competitions for Bayern last term, including 41 in the Bundesliga.

The Poland international even managed to come back from a ligament injury to score six goals in the club's final four games of the season as they beat RB Leipzig to the finishing post by 13 points.

"Of course I am happy that I scored 41 goals in 29 Bundesliga games," he added. "This number of goals fills me with great pride and is certainly a spectacular performance in view of my injury."

Who won Coach of the Year?

The award for Germany's 2020-21 Coach of the Year was also given out this weekend, with Chelsea boss Thomas Tuchel scooping the accolade ahead of Hansi Flick and Edin Terzic.

The former Dortmund boss guided the Blues to Champions League glory after replacing Frank Lampard in the Stamford Bridge hot seat in January.

"I accept the award very gratefully as a great honour for the entire team because I see myself as a team player," Tuchel said after receiving the prize.