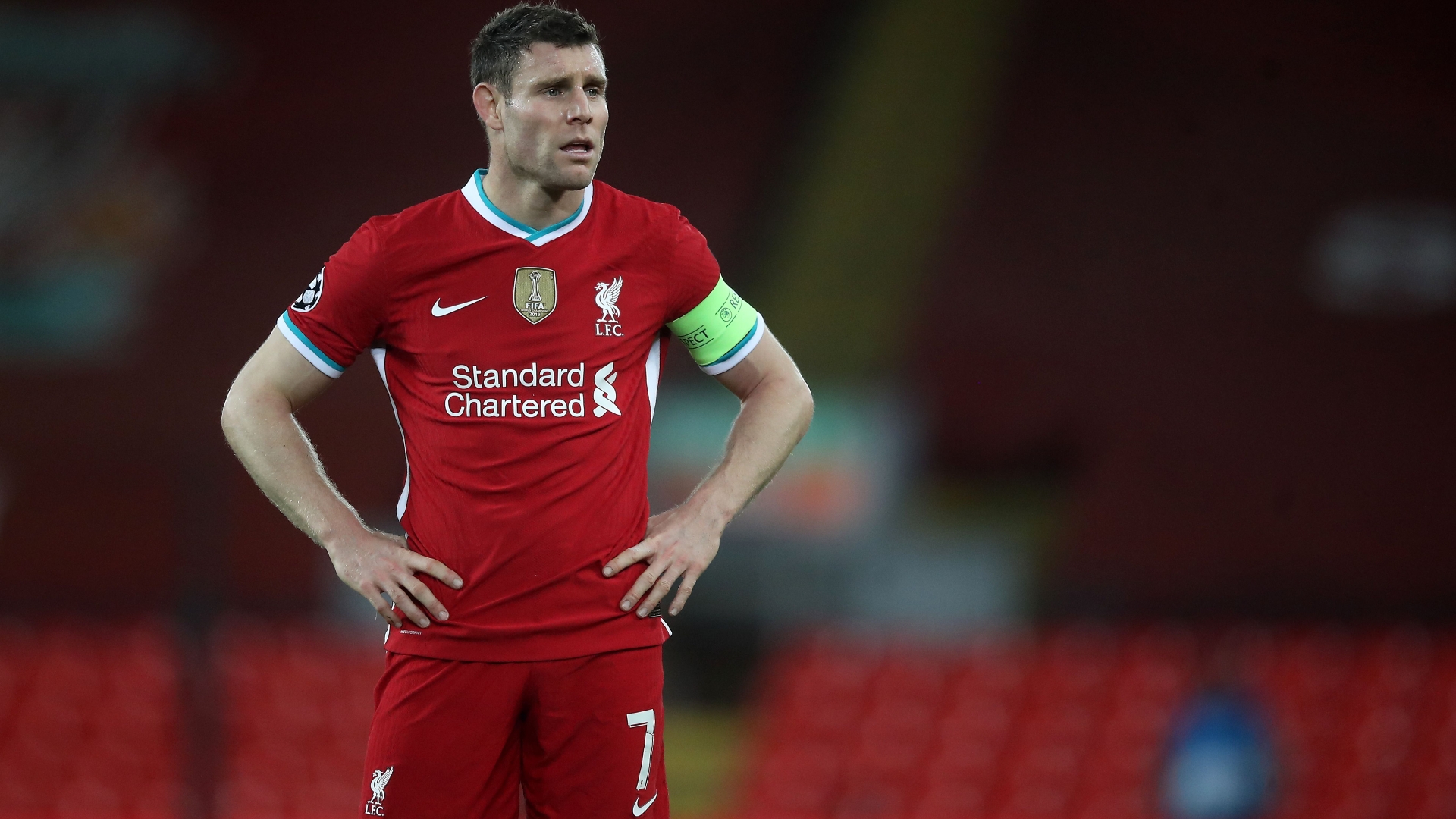 The Reds boss has thrown his support behind the veteran, revealing he decides who takes spot-kicks when on the pitch

Milner, 34, has scored 19 times from the spot for the Reds and has only failed to convert on two occasions for the club with his last miss dating back to November 2017.

The veteran midfielder most recently struck from the spot for Liverpool on Boxing Day last year in a 4-0 win over Leicester City with Salah stepping up to the spot for Klopp's side in recent times.

Though not too fussed on who takes on the responsibility, Klopp has made it clear that he sees Milner as the club's go-to man when they are handed a penalty.

"James Milner is No.1 penalty taker, but when James is not playing then it’s Mo. When Millie is on the pitch then he can decide," Klopp said on Saturday.

"How it is always, sometimes you don’t feel 1,000 per cent or you think, ‘He’s scored two already’ and this kind of stuff. That didn’t change, we didn’t speak about it for a long, long time.

"For me, it is only important that the ball is in the back of the net after whichever player from my team shot the ball.

"Millie gave us a pretty impressive number of penalties he finished off and Mo as well. So, that’s for me both fine and that’s how it is in the moment, that’s how the decision is."

Liverpool and Everton are currently the only two Premier League clubs that are allowed to have a limited number of fans in their stadiums as the coronavirus pandemic rages on in England.

While Klopp is thankful to have some support at Anfield, he feels it's not a massive advantage ahead of Sunday's home game against West Brom.

"As a club, we have nothing to do with it. It’s not that we have any hand in the decision. It says something nice about the Liverpool people, probably. We had early mass testing four or five weeks ago, maybe longer than that. I am not a specialist, so I don’t know exactly how influential that was," Klopp said.

"How I said, I wish everybody could experience it. I don’t see it as a massive advantage, but it’s just nicer. I understand that everybody else wants to have in the best possible way and if we have 2,000 and nobody else has 100 or whatever then, yes, I can imagine people will talk about that.

"From my point of view, long may it continue that we can keep people in the stadium but with the new tier system, it doesn’t look very likely. There are still bigger problems out there and as long as the deciders allow us to bring people in, I think that’s a really good sign."