Pep Guardiola will not allow Manchester City to stand still.

His side may have won their third Premier League title in four years and reached a Champions League final for the first time in the club’s history, but he will demand they come back for the new season even stronger.

Top priority will be taking that extra step in Europe as Guardiola aims to cement his legacy both at the Etihad Stadium and on the coninent, knowing that some will judge him a failure if he does not win the European Cup during his time at City.

But Guardiola is also aware that he cannot afford to take his eye off the ball domestically, with competition coming from all sides.

Chelsea beat City three times following the appointment of Thomas Tuchel last season, deposed champions Liverpool will want to reclaim the trophy with a full-strength squad, while last season’s runners-up Manchester United have already added more quality in the signing of Jadon Sancho as they try to end an eight-year wait for the Premier League title.

Here, Goal takes a look at what might happen during the summer transfer window, and how Guardiola’s side could look come August...

Who are Man City signing this summer?

Bringing in a top striker as a replacement for Sergio Aguero is the main focus for Guardiola, despite his side impressing while playing without a recognised centre-forward for much of the last campaign.

Regardless, a striker that can guarantee more than 30 goals a season would make a big difference, with City occasionally lacking the ruthlessness of past campaigns that saw them regularly win by huge margins.

Borussia Dortmund’s Erling Haaland is, at just 20, arguably the hottest property in world football right now, and is someone that City would love to sign. 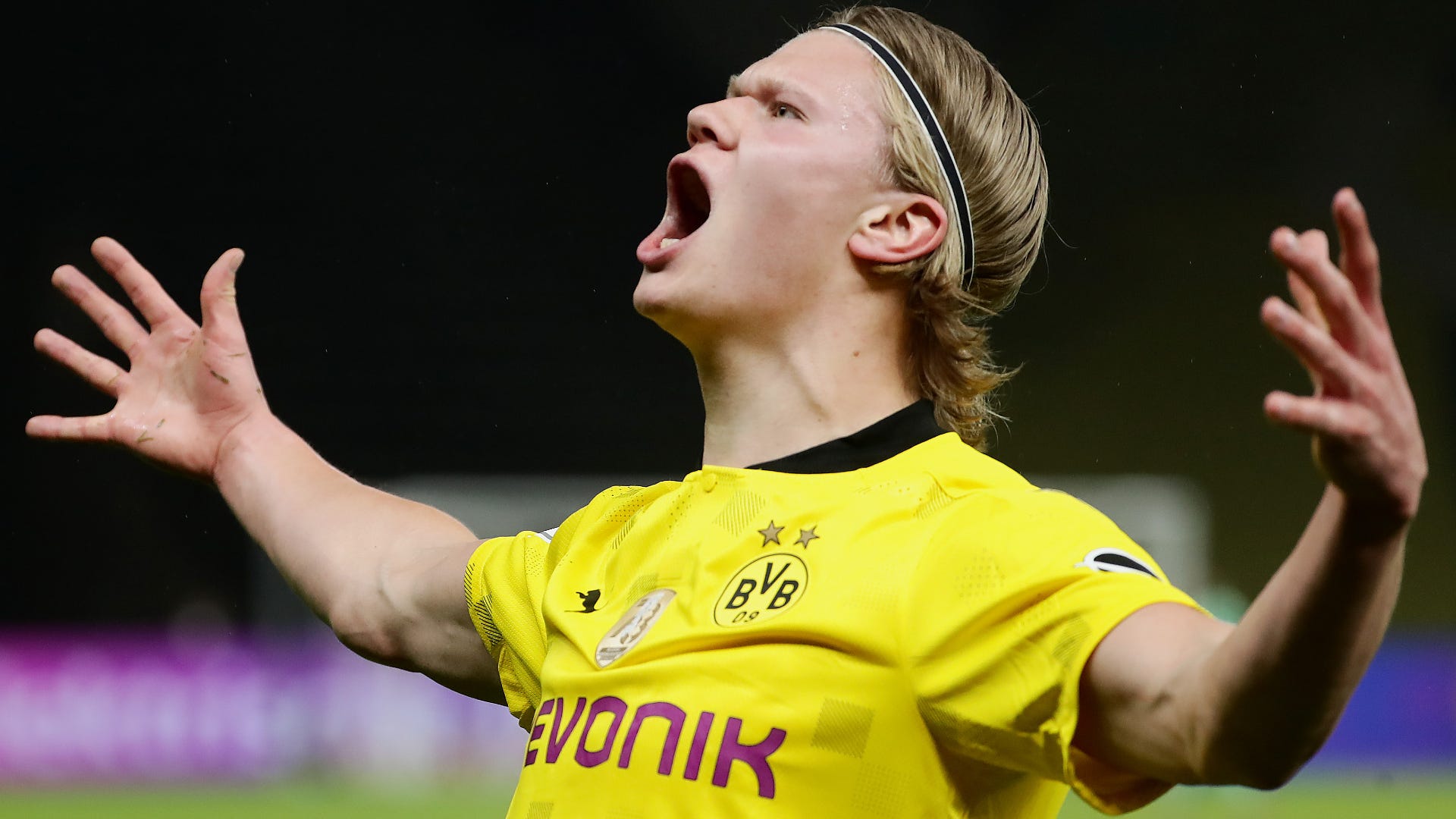 But the Bundesliga outfit insist he will not be going anywhere in the summer, and City have since begun looking at alternatives.

Harry Kane has been the most complete striker in the Premier League in recent seasons and has made it clear that he wants to win the silverware that has so far eluded him at Tottenham.

A £100 million ($139m) deal is being lined up for after Euro 2020, but prizing him away from north London will not be easy, with three years remaining on his contract and Spurs also insisting their star man is not for sale.

Atletico Madrid’s Joao Felix, Inter’s Lautaro Martinez and Eintracht Frankfurt’s Andre Silva have been speculated as potential alternatives, but there is a slim possibility that City could delay signing a striker for another year.

Goal, meanwhile, understands that there is more confidence that a £100m ($139m) move for Aston Villa's Jack Grealish is likely to happen.

Guardiola is an admirer of the midfielder, but - again - nothing is likely to happen until after England are finished with the European Championship.

Any other new arrivals could depend on who leaves the club.

A new left-back has been talked about, with Sporting C.P.'s Nuno Mendes heavily linked, but a move is not expected this transfer window.

Guardiola is also expected to promote some players from the club's academy, with plenty of excitement around the potential of homegrown forward Cole Palmer, free-scoring striker Liam Delap and midfielder Romeo Lavia.

Who are Man City selling this summer?

City are expected to raise a significant amount of cash by allowing fringe players to leave, even in a market hit by the Covid-19 pandemic.

Leeds United are set to complete the signing of winger Jack Harrison in a deal worth £13m ($18m) after three years on loan at Elland Road.

Other loan players are expected to be moved on without returning to the club.

There is likely to be interest in Venezuela international Yangel Herrera, who impressed in Spain with Granada; Germany Under-21 striker Lukas Nmecha, who netted 21 goals for Anderlecht last term; Serbia international Ivan Ilic ,who was with Verona; and teenage Dutch winger Jayden Braaf, who spent the second half of last season at Udinese.

Promising centre-back Taylor Harwood-Bellis has already joined Anderlecht on a season-long loan, and other academy players are likely to follow to gain experience, including midfielder Tommy Doyle.

Highly-rated Brazilian full-back Yan Couto is also expected to spend another season out on loan after impressing at Girona. 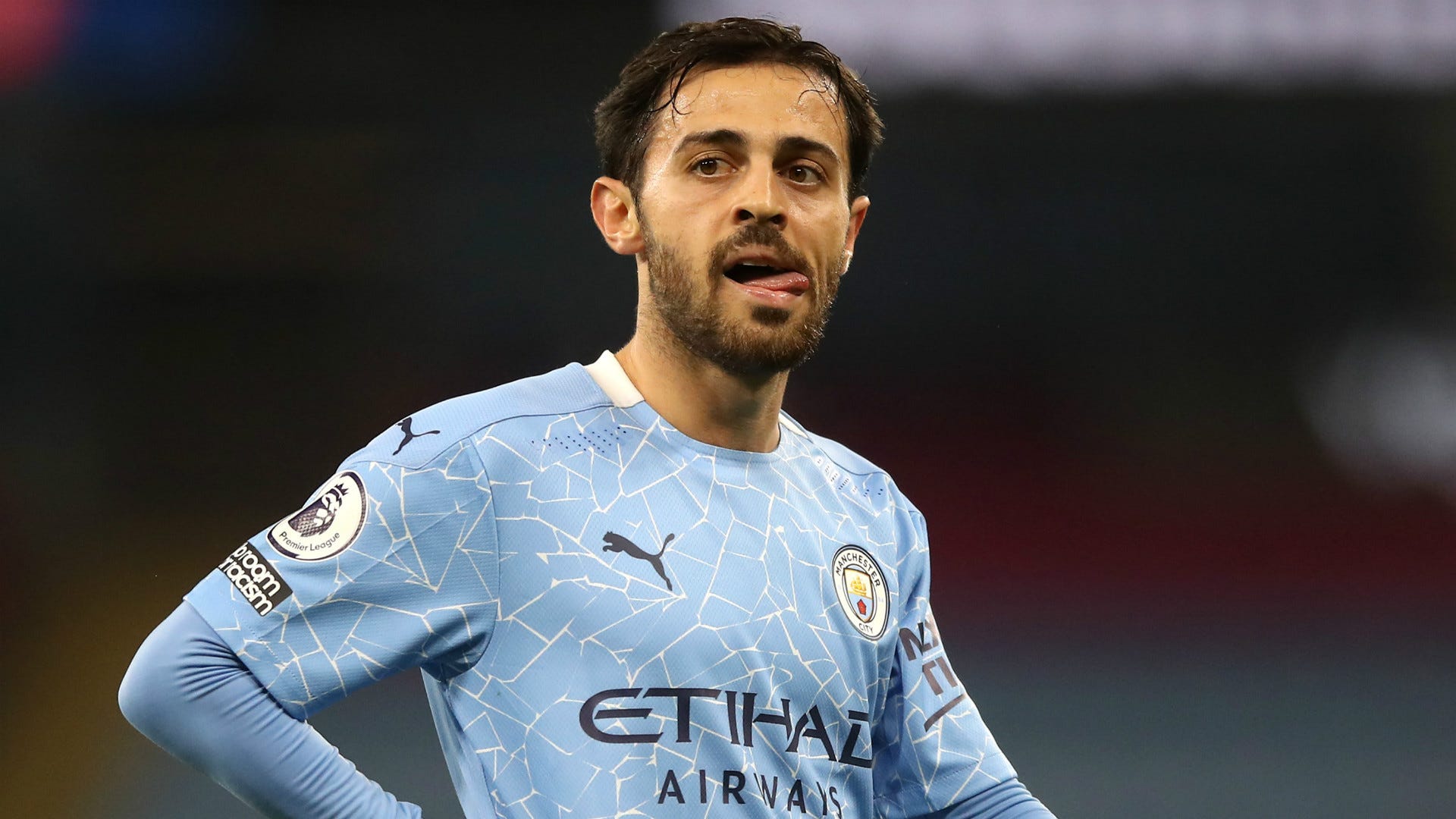 But there is also the possibility that a senior player could leave the squad, particularly if City are to try to sign both Kane and Grealish.

Aymeric Laporte lost his regular starting spot last season and has been linked with a move to Spain, as has midfielder Bernardo Silva.

Forwards Riyad Mahrez and Gabriel Jesus are also entering the final two years of their contracts, though Goal has been told that swap deals involving any of their players are highly unlikely.

If the champions were to complete big money moves for Kane and Grealish, it is hard to see how Guardiola could justify leaving them out of his team. 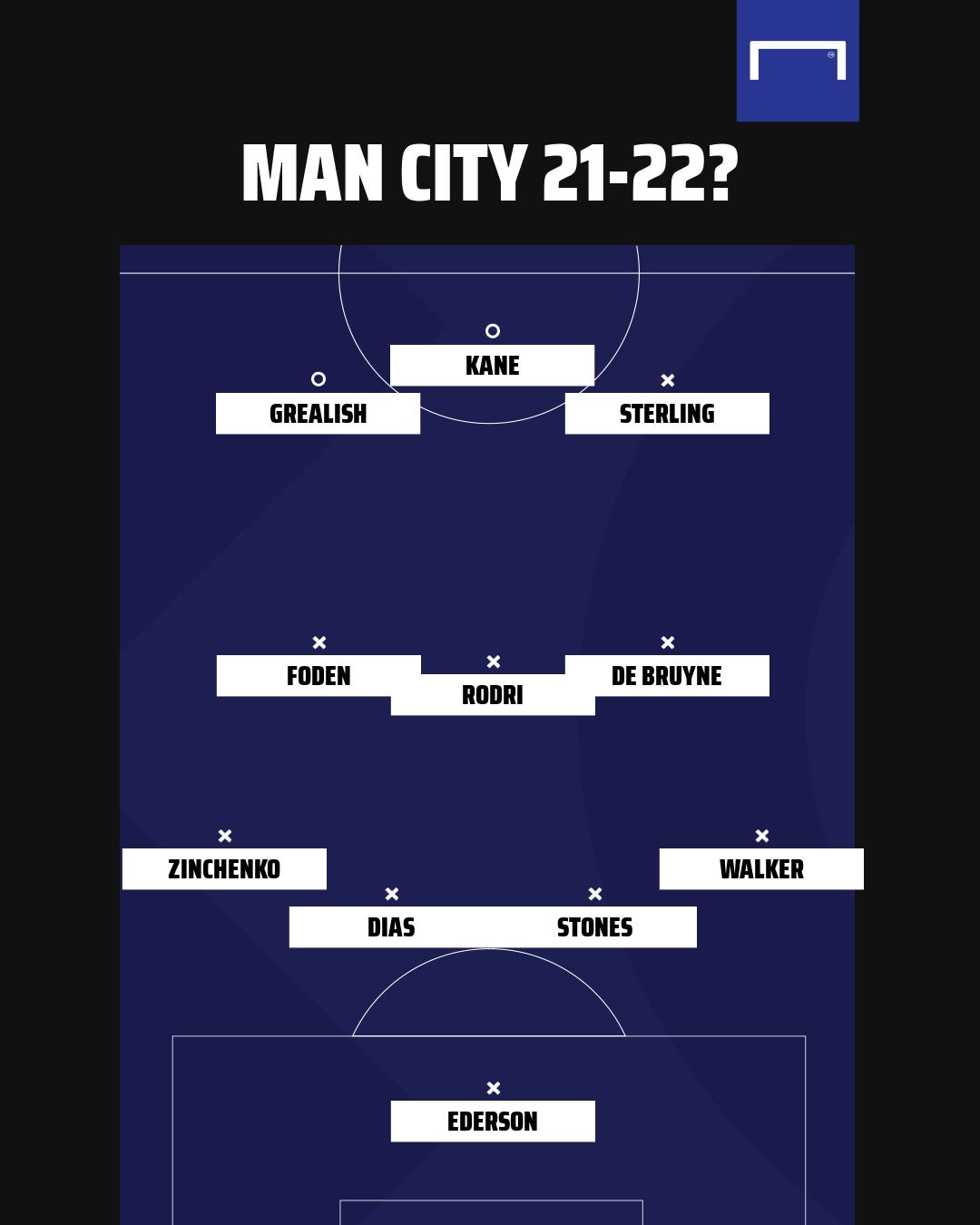 That would leave a huge battle for the other starting spots, with Kevin De Bruyne another untouchable.

Phil Foden, Raheem Sterling, Ilkay Gundogan, Bernardo and Mahrez would all be scrapping over the two remaining spots, if they were all to stay.

Guardiola is never afraid of making difficult decisions, but that would be a tough ask to choose between such a talented group of forward players.