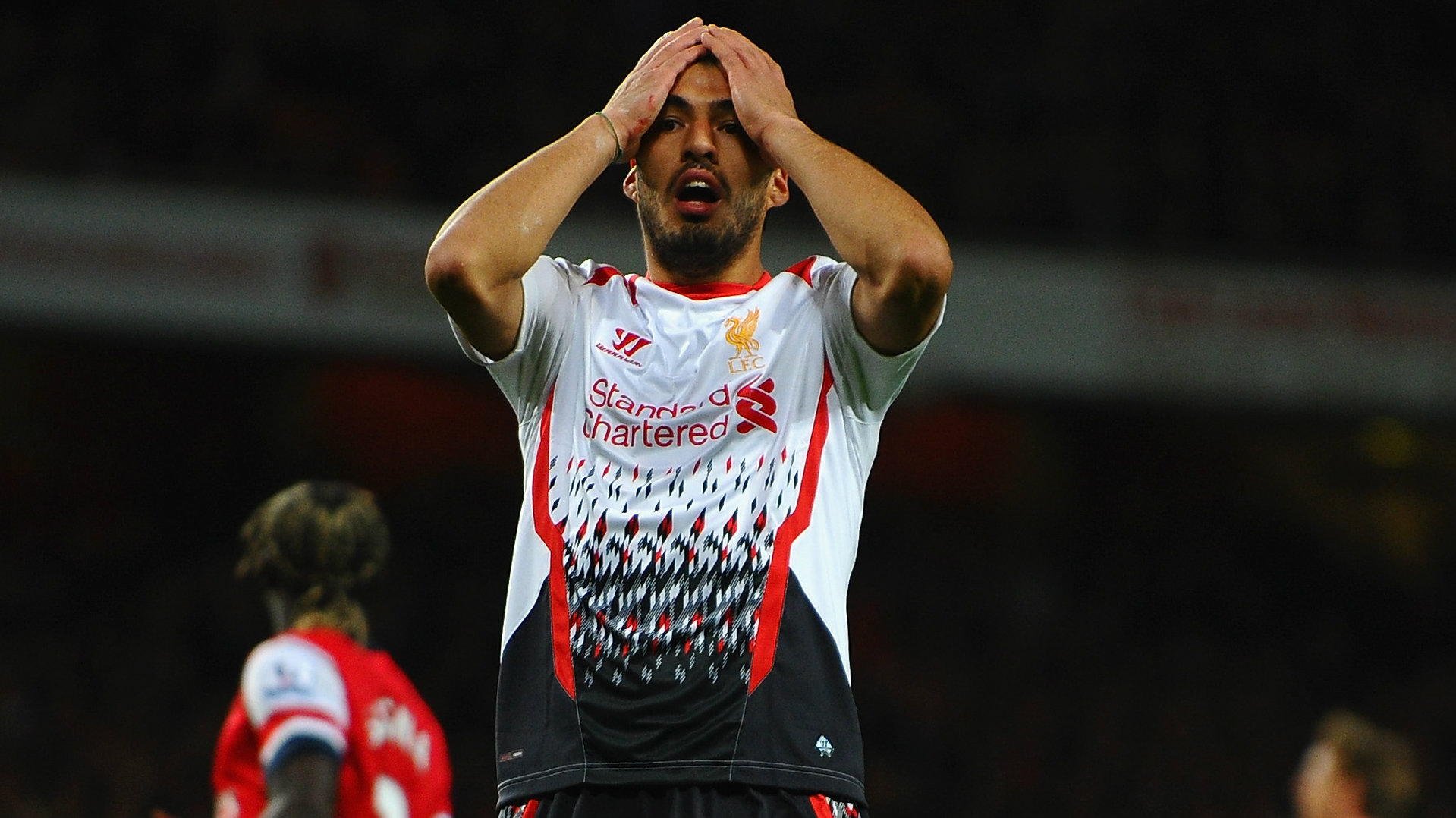 In an exclusive interview with Goal, Arsenal's former transfer fixer Dick Law opens up about the Gunners' failed move for the striker in 2013

“What do you think they're smoking over there at Emirates?”

That was the now legendary response of Liverpool owner John W Henry when Arsenal’s bid of £40 million plus £1 for Luis Suarez landed on Merseyside in the summer of 2013.

It’s an offer that has drawn derision ever since, with many using it as an example of Arsenal’s failings in the transfer market during the past decade.

Ian Wright once raged: “How can £40,000,001 for Suarez – who went to Barcelona for £75m and made them better – get through the different levels of management?

“For that to come out into the public domain? There’s massive problems at Arsenal.”

There were suggestions at the time that Suarez had a £40m release clause - but that was not the case.

The clause in fact simply meant that Liverpool had to inform Suarez about the offer - something clubs are not obligated to do when they receive transfer bids - and that the Uruguayan was allowed to discuss a transfer to the Emirates.

Arsenal were aware of the player's interest in the move and he did briefly push for a switch to north London, but Liverpool refused to do business and the Gunners were ultimately unable to get their man.

One of the key men involved in the potential deal was Arsene Wenger’s trusted transfer negotiator Dick Law, who left the Emirates in February 2018 after nearly a decade working alongside the Frenchman and former chief executive Ivan Gazidis.

And, in an exclusive interview with Goal - his first ever with UK media - Law has opened up on exactly what went down during that summer and the fallout that followed.

“That spring, news got round to us that Suarez wanted out of Liverpool,” he said.

“We got information that showed us what was negotiated between Liverpool and the player, and in our internal conversations decided that the clause was meaningless, that it was not a buy-out and it didn’t obligate Liverpool to do anything apart from have a conversation.

“So, whoever agreed to that clause in the Suarez camp was being less than clever because it was never a buy-out. What there was, was an obligation to discuss a transfer if a threshold was met and that threshold was £40m.”

Law added: “Now, we didn’t know if Liverpool received an offer of £40m whether they would say, 'that’s not more than £40m'. We could have gone with £45m, but the point is we knew there was never a buy-out.

The issue for Arsenal, however, was the nature of the offer - adding the extra solitary pound - enraged those in power at Anfield.

It prompted the ‘what do you think they’re smoking’ response from Henry and furthered Liverpool’s determination to keep hold of their star striker.

So, looking back on things now, does Law believe Arsenal handled the situation badly?

“We knew that we had to exceed a certain threshold and so we decided to throw another pound on it,” he said. “We could have thrown £50 or £500,000, but it wasn’t going to make any difference to the final negotiation.

"The offer was just a trigger. Liverpool wanted to make a big deal out of it and that’s fine. When they received our offer they immediately publicised it.

“I think John Henry wanted to know what we were smoking, which I thought was a bit disrespectful. It was him having a bit of a go because he was getting ready to lose his star player. It was a good way to deflect attention.”

Law added: “I always thought that the move to publicise it was counter-productive.

“One of the things we were always very proud of at Arsenal was working quietly behind the scenes. Ivan, Arsene and I always worked very hard on being discreet in all transfers.

“And I thought Liverpool shot themselves in the foot by basically saying they were now forced to entertain offers because of this clause, by publicising it they just made everyone aware and eventually they lost the player.”

At the time of Arsenal’s offer, Suarez did initially try to push through a move to the Emirates.

The forward gave an interview to The Guardian , publicly calling on Liverpool to let him go to play Champions League football.

"It is not as if I am asking to move to a local rival,” Suarez pleaded. “And I would not consider moving to a club outside the Champions League.

“I have made my desire to move known in private various times and now it feels like the time for me to make it public.”

But Liverpool held firm and Suarez eventually backed off - deciding not to follow through with initial threats of taking the case to the Premier League to try and push through the transfer.

And so Arsenal had to take their money elsewhere, eventually splashing out £42.5 million to sign Mesut Ozil from Real Madrid.

“It would have been one hell of a signing,’ admitted Law. “But Suarez and his agent didn’t want to force the move when it just came down to brass tacks.

“I think he recognised that the Liverpool fans had been great to him and I think he was very grateful. He wanted to leave the club through the front door as opposed to the back door.

“So, I think when Liverpool really dug their heels in, he couldn’t go through with it. I think they said to him that he could go anywhere else he wanted, just not to a Premier League club - and certainly not Arsenal.

“He held out for a couple of weeks, but rather than bluff them he folded and said if I can’t go to Arsenal, I will go someplace else next summer. The upshot of the story is that Liverpool lost the player, the down shot is that we didn’t get him.”