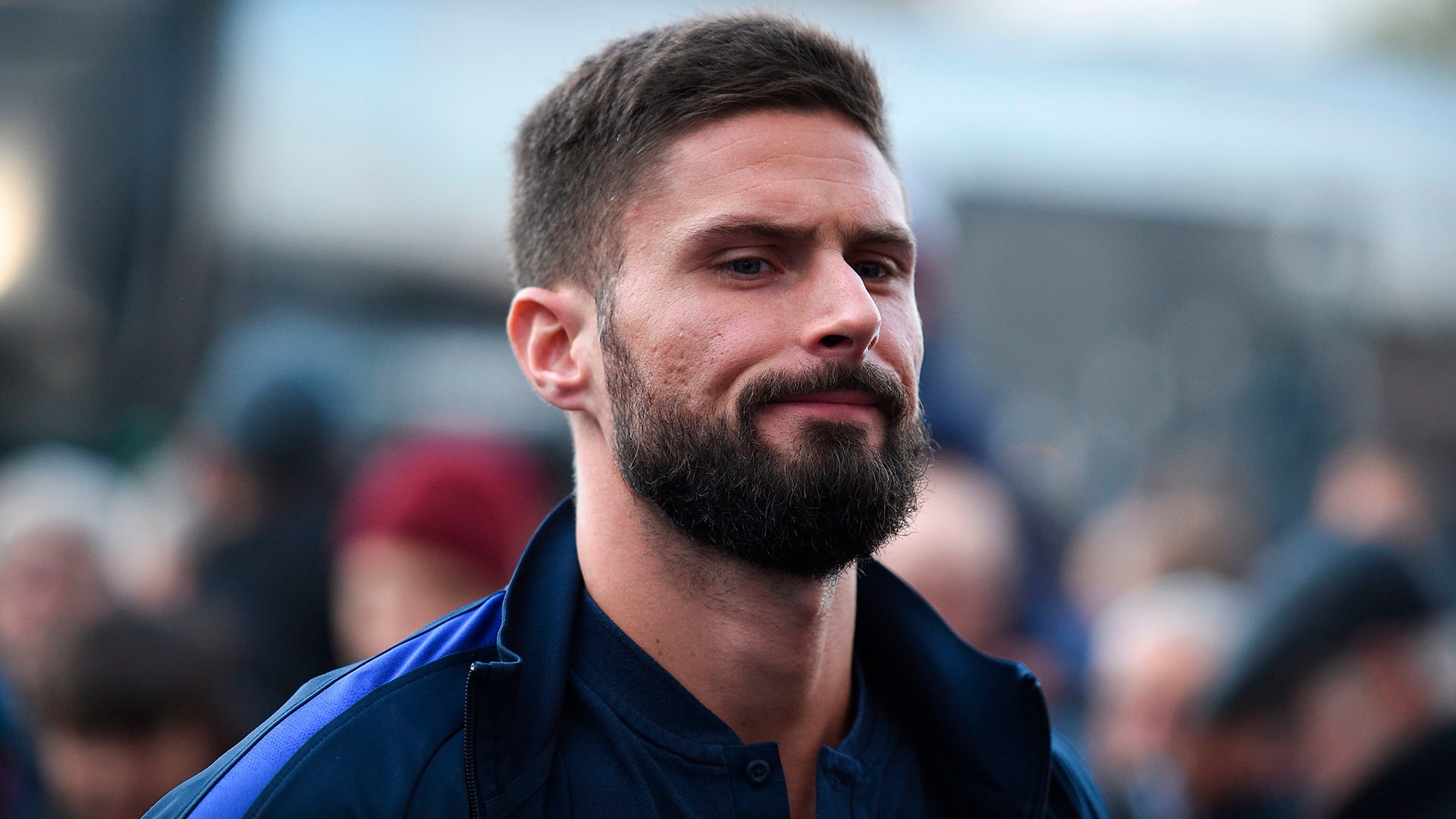 The Blues are ready to let the Frenchman go but are negotiating the fee, with the Serie A club hopeful of paying less than the €7m asking price

Inter are hoping to finalise a deal with Chelsea to sign Olivier Giroud after agreeing personal terms with the striker.

The Frenchman will sign a two-and-a-half-year deal with the Serie A title hopefuls, with there the hope that an agreement can be struck over the weekend.

Under the terms of the deal, Giroud would see his Chelsea wages matched by Inter, with an initial salary of €4 million to drop to €3.5m for the following two seasons.

Frank Lampard's side are asking for around €7m for the striker, who has less than six months on his current contract, but Inter have so far offered only €5m with add-ons.

The Nerazzurri are expected to beat a host of other clubs to Giroud's signature, with the former Arsenal striker having rejected Aston Villa, while Bordeaux and Lyon struggled to agree on terms with the France international.

Giroud is keen to escape Stamford Bridge after becoming surplus to requirements under Lampard, while he harbours ambitions to make his country's Euro 2020 squad after winning the World Cup at the last major tournament.

He has made just seven appearances for the Blues this season which has led to calls from France manager Didier Deschamps for his striker to find a move away from west London.

Lampard has publicly admitted that Chelsea don't need a replacement lined up to be able to sell Giroud, with Tammy Abraham continuing his good form and Michy Batshuayi operating as a back-up option.

"Not necessarily," Lampard said when asked if he needs a new forward to be able to offload Giroud . "Well listen, I think everyone is talking about it so I am not going to beat around the bush. I think his agent has spoken to the club [Inter] but until we decide it is the right thing, then it is not done."

Giroud's agent Michael Manuello is due back in Milan on Thursday in the hope that the final details of the move can be resolved in the coming days.

Chelsea have grown frustrated in their pursuit of new signings themselves with no deals imminent despite seeing their transfer ban lifted by the Court of Arbitration for Sport (CAS).

Lyon have issued a second statement to suggest that Moussa Dembele is not for sale as the Blues continue to be interested in a January move.

“We have not changed our mind on Dembele," Jean Michel Aulas told RMC Sport . "Moussa is an excellent player. He's a player we need. It is not a question of money. Moussa will be with us until the end of the season."

Further Blues targets include RB Leipzig striker Timo Werner and Dortmund star Jadon Sancho,  but they are both off the market in the winter transfer window.

Crystal Palace forward Wilfried Zaha is another player that Chelsea like but the asking price of £80m ($104m) is putting off potential suitors.