It has been a turbulent couple of weeks for South American football.

Two Copa America hosts have already fallen by the wayside and replacement host country Brazil also appeared to run the risk of having the tournament fall into serious disrepute or cancelled altogether.

Organisers may now breathe a little easier following another frantic weekend of twists and turns but the panorama is still from clear just a fortnight before the world's longest-running international competition is due to finally kick off.

The choice of Brazil as a last-minute host was curious from the outset after Argentina and Colombia relinquished their duties due to the severity of Covid-19 and widespread protests and social unrest respectively.

It has not escaped anyone's attention that the new choice is suffering from both problems; more cases and deaths from Covid-19 in the last seven days than anywhere in the world save India and growing demonstrations against the presidency of Jair Bolsonaro, which were suddenly handed an irresistible focus when the head of state pushed for Brazil's second consecutive Copa on home soil.

The backlash since that decision was made last Monday has been furious. As well as several of the nation's biggest states publicly declaring they would not be prepared to hold matches amid the health crisis, reports from the Brazil camp suggested that the likes of Neymar, Casemiro and the rest of the Selecao stars would not take the field at all for the Copa.

“They have an opinion, they have told the [Brazilian Football Confederation] president, and they will tell the public,” coach Tite stated in a press conference prior to Friday's World Cup qualifier against Ecuador, in which captain Casemiro was conspicuous in his absence.

After that clash, which ended in a 2-0 win for Brazil, the Real Madrid midfielder broke his silence in cryptic yet pointed terms . “We cannot say any more because everyone knows what we think,” he explained. “We cannot make it clearer. There is a lot of respect on our side, every time we want to give our opinion a lot of things take place.

“We want to speak after the game with Paraguay [on Tuesday] because the road to the World Cup is our focus. We want to express our opinions.” 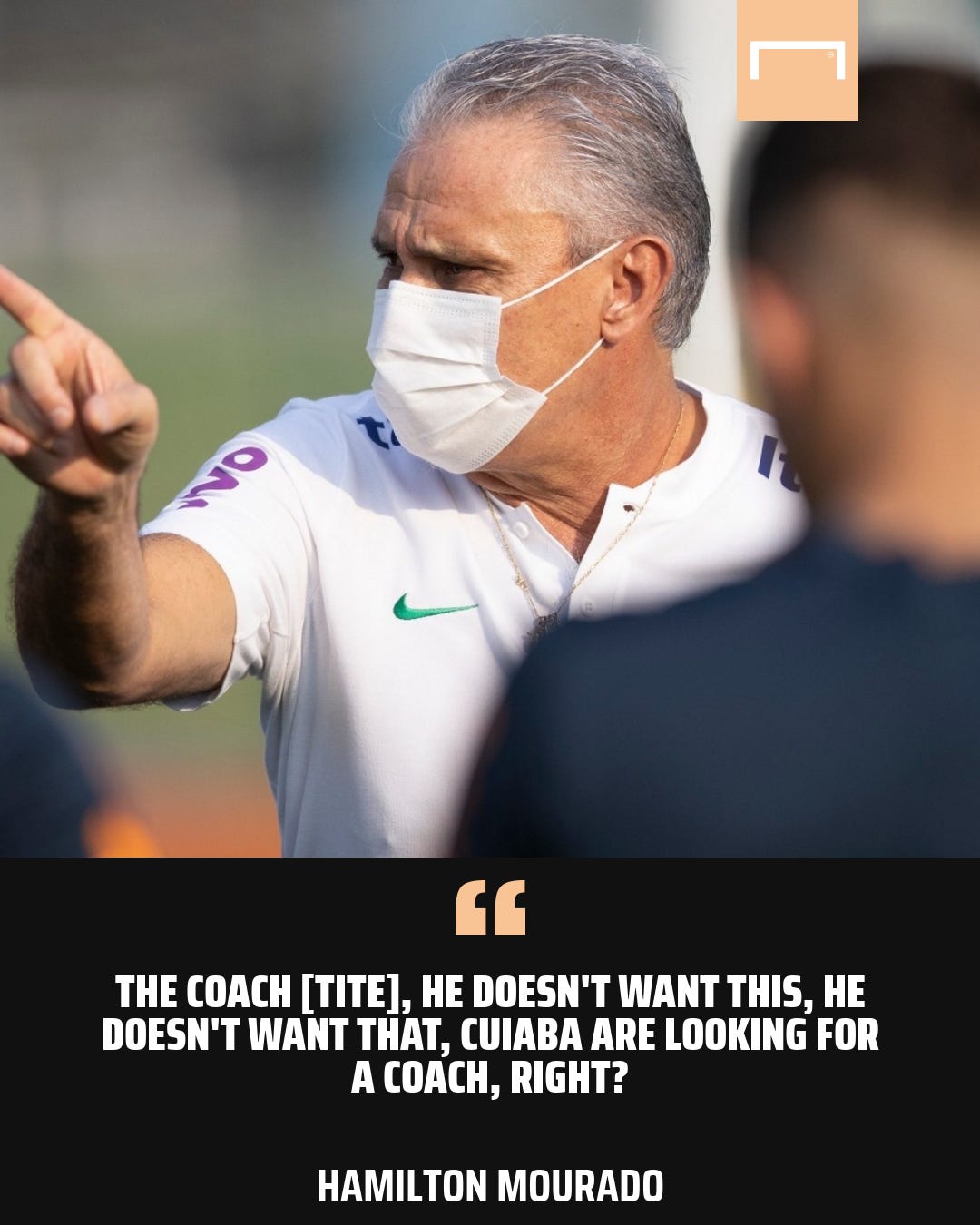 Casemiro's statements immediately left the nation on a war footing, with speculation growing that not just the Brazil squad but other participating countries would withdraw or else send weakened sides.

Tite was one to find himself in the line of fire when Bolsonaro supporters called on him to be sacked with the Selecao top of the CONMEBOL qualifying group with five wins out of five.

“In my day a player, when he was called up for the national team, considered it an honour. The coach, he doesn't want this, he doesn't want that, Cuiaba are looking for a coach, right?” the politician fired to reporters, referring to the newly-promoted Mato Grosso club who sacked their trainer after the first weekend of the Brasileirao. “He can get up there, ask for the job.”

Even more vehement was Flavio Bolsonaro, senator and the president's eldest son, who called Tite a “hypocrite” and “[former president] Lula's lickspittle” in an explosive video shared on social media.

At almost the same time as Brazil were preparing to take the field against Ecuador on Friday, CBF president Rogerio Caboclo was receiving a formal accusation of sexual harassment filed by an ex-employee of the organisation.

Shortly after the allegations, which Caboclo denies, came to light, Globo released a series of recording allegedly made by the victim, which purport to show the director talking openly about his sex life in front of her and asking her if she masturbates. 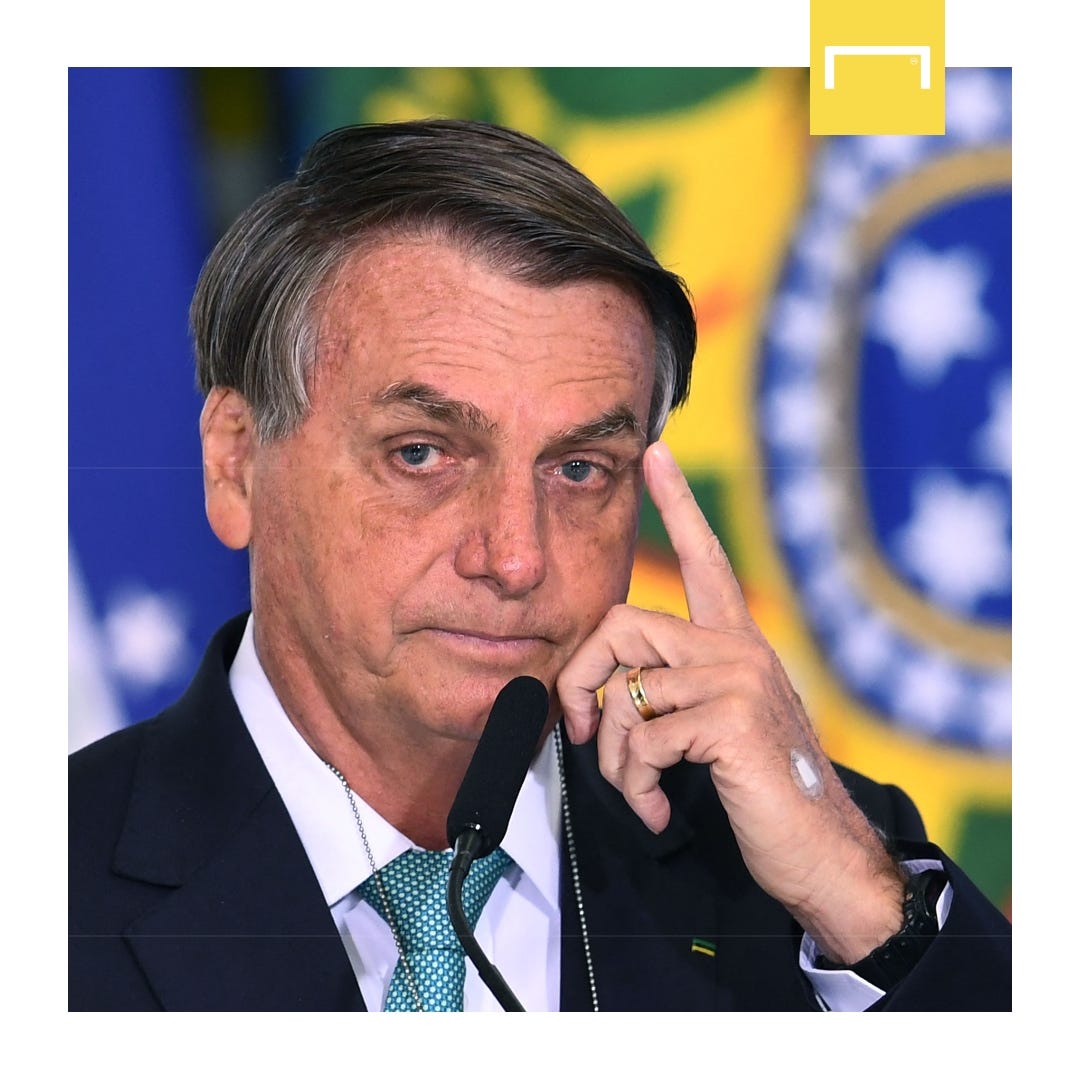 Just 48 hours later the CBF resolved to suspend Caboclo from his post pending investigation. Retired army officer Colonel Antonio Carlos Nunes stepped into the breach as its longest-serving vice president – the second time he has taken on the job, having served on an interim basis following Marco Polo Del Nero's removal in the wake of FIFAgate.

Caboclo had been one of Tite's fiercest critics for failing to back the Brazilian Copa. Globo journalist Andre Rizek even claimed over the weekend that he promised the government he would remove the coach following Tuesday's Paraguay match and install in his place Gremio's Renato Gaucho; a report that he has since denied.

With the president (at least temporarily) out of the picture rapprochement between the Selecao, CBF and Bolsonaro was now possible. “My participation in the Copa America is to open up Brazil so it can be held here, I have no sway over coaches of players,” the head of state underlined on Monday following Caboclo's exit.

Tite, meanwhile, kept a diplomatic silence when asked about the scandal on Monday, and also refused to comment on those criticisms of his stance – while, pointedly, making no further reference to the dispute itself.

The storm appears to have passed for now. Argentina, along with Brazil the most powerful footballing nation in CONMEBOL, confirmed their presence at the Copa on Sunday, having first gained authorisation to remain in Buenos Aires for the duration of the tournament and fly back and forth from the neighbouring nation only for games.

Losing both the full-strength Seleccion and Lionel Messi and Co. would have been a body blow for organisers. Brazil's squad, meanwhile, are expected to confirm on Wednesday at the latest that they are happy to represent their nation on home soil, something which looked far from certain as recently as 48 hours ago.

For now, then, it is business as unusual for CONMEBOL as the Copa starting date – rescheduled in the last week to make Brazil's Group B meeting with Venezuela in Brasilia the curtain-raiser - creeps closer and closer.

But only the most optimistic observer would rule out yet another twist to this labyrinthine tale before Casemiro finally leads his team out onto the Estadio Mane Garrincha field.