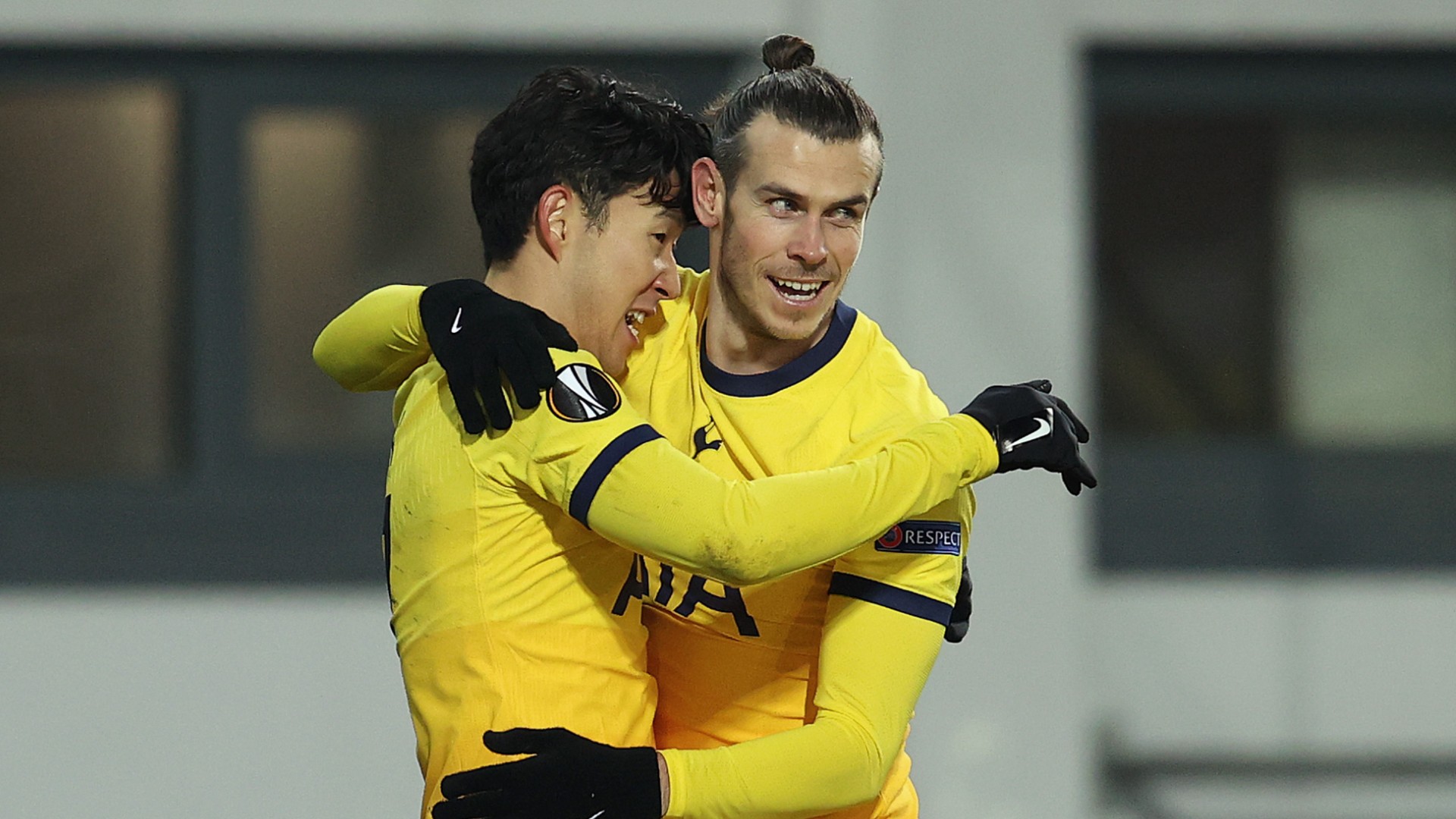 The South Korean says he enjoys a "really close relationship" with the Real Madrid loanee, who set up his goal against Wolfsberg

Son Heung-min said he really enjoys playing with Gareth Bale after linking up with his Tottenham team-mate to great effect in the Europa League.

Bale impressed for Spurs after being handed a rare start in the Europa League on Thursday night, recording a goal and an assist as then north Londoners earned a 4-1 win in the first leg of their round of 32 tie against Wolfsberg.

The Real Madrid loanee provided the cross for Son to head home Tottenham's opener, and the South Korean was full of praise for the Welshman after the final whistle.

"I have a really close relationship with him," Son said of Bale post-match. "I’m very happy he’s getting game time and scored a goal and got an assist. I really enjoy playing with him."

Bale, meanwhile, was delighted to get among the goals amid a largely frustrating second spell at Spurs which has seen him struggle to make an impact in Mourinho's squad.

"We had the mindset of coming to score as many goals as we could and get some confidence," he told reporters.

"Obviously we haven’t won many lately so it's important to get a win to breed confidence. Hopefully, this is the start of a good run.

"It was good [to score]. I just chopped inside and hit it. It's nice to get on the scoresheet to help the team.

"It’s good to get four away goals. It’s always good to win a game by that margin. We’ll take the second leg like it’s 0-0."

Son stars at the Puskas Arena

Son was making his first appearance at the legendary stadium in Budapest since winning the Puskas Award for the best goal of 2020.

The 28-year-old was pleased to cap the occasion in style, as he added: "It's a big honour. Playing at this stadium – it’s massive. It's very special because I won the award for the last year.

"We got the win, that was more important than the special feeling. It’s very important we showed from minute one that we wanted to win, not only 1-0 or 2-0.

"We showed a good attitude and scored three goals in the first half. The guys had a really good mindset."

Tottenham fans will hope that Son and Bale can continue to deliver the goods in the final third when they take in a trip to the London Stadium to face West Ham on Sunday.

The former will almost certainly be back in Mourinho's starting XI for that clash, while the latter could retain his place amid fitness concerns surrounding Harry Kane.

Spurs must build on their latest European victory by winning against the Hammers, who currently sit six points above them in the Premier League standings as both clubs chase down a top-four finish.