How FIFA soundtracks became cultural tastemakers: 'The music you listen to defines your life' 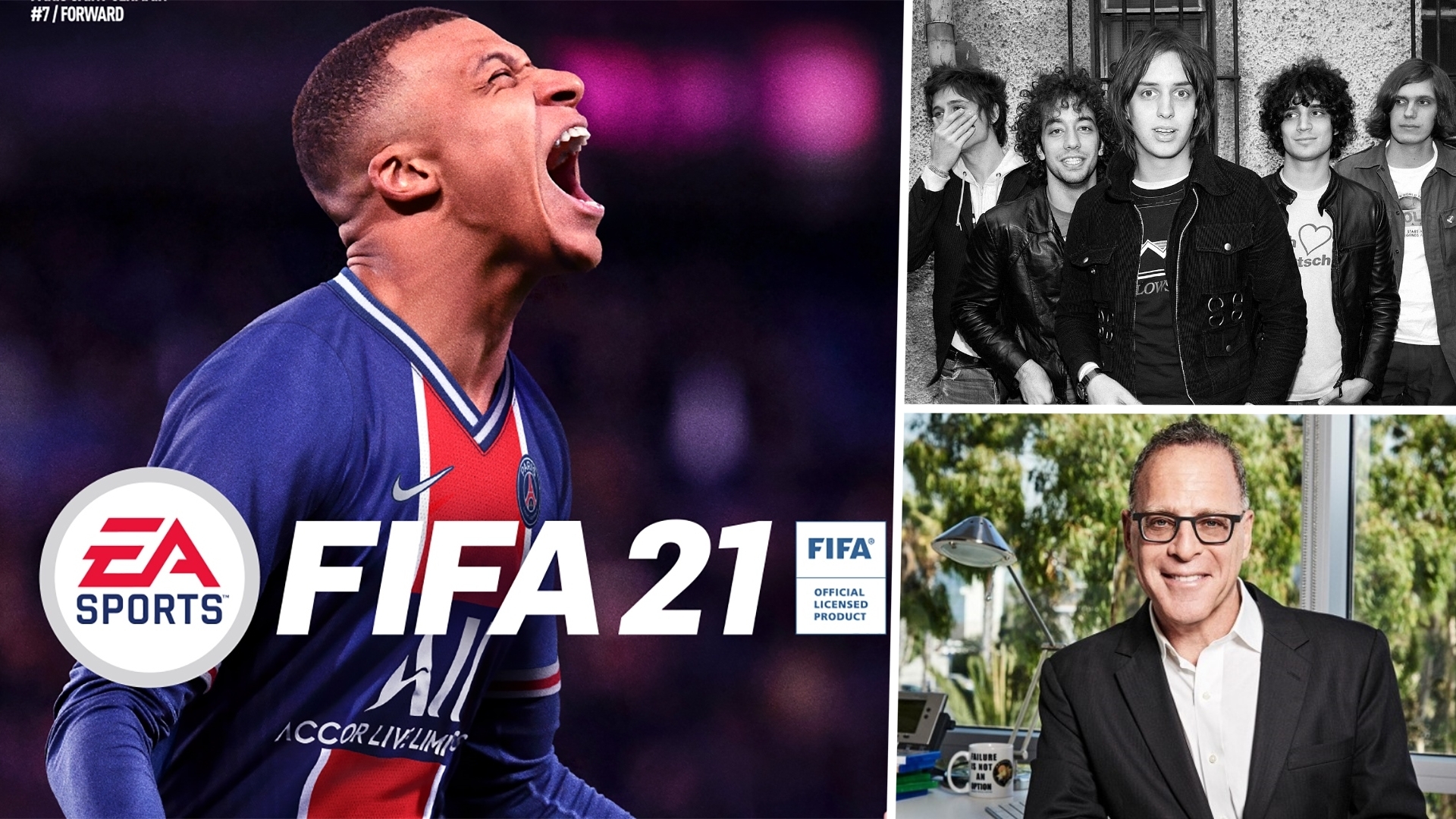 They are hand-picked to represent the next generation - Goal talks to EA's president of music, Steve Schnur, about how each soundtrack is assembled

Play any FIFA game extensively and it’s guaranteed that the songs from that soundtrack will forever define that period of your life.

FIFA soundtracks have become as popular as the game itself over the last decade, the tracks reflecting real-world music trends and evolving accordingly with the culture. From MGMT to Santigold, they are eclectic and diverse, incorporating a wide-ranging palette of music that transcends indie, alternative, grime and electropop.

Every FIFA song – fresh, rhythmic and just plain cool - possesses a celestial quality, soundtracking both your in-game milestones and your concurrent real-life experiences in the most memorable way possible.

They are cultural tastemakers, not only mirroring the current trends of the music climate but predicting future ones as well. The popularity of FIFA soundtracks surged in the early '00s, filling the void of music discovery for fans during a time that predated accessible music-sharing platforms such as Spotify, iTunes and even YouTube.

“The truth is that musically, we have always focused on people aged 12 to 24, because it is that time that music is so impactful to you,” Schnur tells Goal.

“During this age, the music you listen to defines your life.”

Hand-picking music for FIFA that appealed directly to the young generation of fans playing the game was Schnur’s first order of business when he joined EA in 2001. Prior to Schnur’s arrival, FIFA soundtracks had a reputation for only appealing to older fans.

“When people talk about Blur being on the soundtrack, I'm like, okay, I’m talking to an adult,” Schnur chuckles.

“Music defines sport. For a while, we were stuck with what soccer sounded like. Back then, we didn't have the opportunity of the global reach of video games. We had, frankly, a bunch of old farts who liked AC/DC and Queen.

“It didn't have to sound like your parents’ game.”

Even in the early to late 2000s, FIFA soundtracks were heavily indie-rock oriented, mirroring the music industry’s over-reliance on guitar groups.

Bands such as The Fratellis, Franz Ferdinand and Bloc Party featured prominently in the mid-2000s soundtracks, but over time, the playlists have evolved to accurately reflect not only the diversity of today’s music scene, but also the international nature of the fans playing the game. More recent mixes include Yolanda Be Cool, Mura Masa and Suzi Wu.

FIFA soundtracks are inclusive, contemporary and cohesive. While guitar music has acted as its skeleton over the years, from Courtney Barnett to The War On Drugs, recent playlists have become more experimental and left-field to reflect the evolving international landscape.

“Cybele and I wanted to always define the tone of what sport could sound like to the next generation,” says Schnur.

Football is the beautiful game in that it unites people together all over the world from all walks of life through the sheer love of shared support for a team – and this globalisation is echoed within FIFA.

Go to any YouTube link for a song included in FIFA and you’ll find comments saying, “FIFA brought me here” or “whomsoever selects the FIFA tracks is a musical genius”. The global appeal of the FIFA soundtracks is evident, connecting dedicated football fans to new music they necessarily wouldn’t have discovered on their own.

While high-profile artists such as Skepta, Gorillaz and alt-J don’t necessarily need FIFA to elevate their influence, FIFA still has the power to introduce them to younger, newer fans.

Likewise, FIFA’s knack of championing lesser known bands has caused such artists to be catapulted to fame – initially unknown to the mainstream but transformed into a household name overnight.

Another Sky, a young south London-based alternative rock band, had their song “The Cracks” included on FIFA 20 – and instantly experienced the international effect of the influential video game.

“I’ve been seeing how important it is globally. From FIFA 20 we've got so many new fans from France to Brazil," Another Sky vocalist and guitarist Catrin Vincent tells Goal.

“It’s affected us so much. It's shown people our music is important. I think there's nothing FIFA can't do for artists. Hopefully we’ll see a real effect on touring and we’ll be able to go to these places we normally wouldn’t have dreamed about going to.”

Pixx also had their track "Funsize" featured on FIFA 20. Vocalist Hannah Rodgers tells Goal: "A lot of comments on the video made me giggle. I never would've expected 'Funsize' to be a song that got on FIFA.

"I think the video draws out a whole other level of weirdness when FIFA fans find their way to it – some of them say it scares them, which was obviously always my aim!"

Another Sky and Pixx are both alternative bands that hail from a very specific area of south-east London, home to one of the most exciting new music scenes in the country.

Though both bands lean towards guitar music, their FIFA 20 neighbours such as Loyle Carner and Major Lazer hail from genres far and wide.

The process of selecting bands for FIFA soundtrack, according to Schnur, is done with the utmost care.

“This isn’t a random effort,” continues Schnur. “We're not in the 11th hour going, 'let's just go find 20 or 30 songs'. We put a year into defining the soundtrack.

“We go through thousands of bands. We never say, we need six bands from the UK and five from somewhere else. We assume everybody wants to embrace music from a global football culture.

“Everybody’s a music fan, and within soccer, there are no geographical boundaries. It’s been successful because soccer has never erased the culture of their players and younger fans.”

Even the cultural tone of music has shifted from where the conversation was, decades ago. It was commonplace for bands to figure out how they could get their song on the radio. Now, it is a bucket list ideal for an artist to land a song on FIFA.

For Schnur and Pettus, the most rewarding part of curating FIFA soundtracks is the international bridge it acts between music fans and football fans.

FIFA soundtracks serve as the passionate, connective tissue between supporters all over the world and the songs in the game – in the hope that the music, just like football, will resonate with people and bring them closer together.

“We’re finding bands that we feel will change people's lives, not just ours. People still feel music. It still defines moments in their lives. It's that important to people,” says Schnur.

“It breaks my heart when a band can't suddenly go from playing a club to Madison Square Garden. But the truth that a band can get on FIFA and have fans from all over the world, reaching out to them – that kind of success is stunning to me.”

“I can close my eyes and listen to a Zeppelin song and tell you where I was when I first heard it. I can tell you the feelings I had.

“That’s what I want from the FIFA soundtracks.”

The FIFA 21 soundtrack is available now. FIFA 21 is released on October 9.