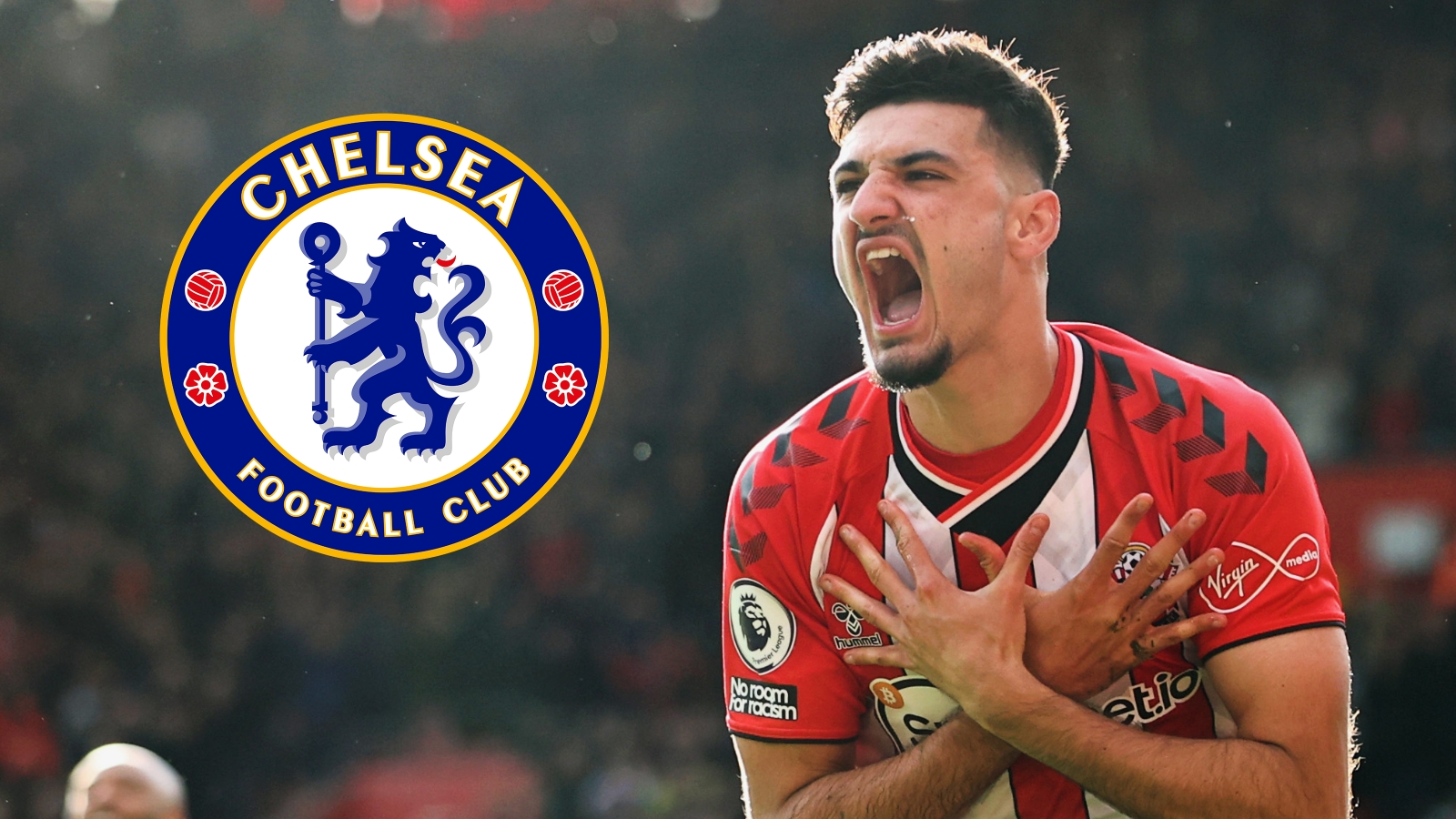 Chelsea have great hopes that Armando Broja can be one of the next big talents to emerge from their academy but have been watching on from afar as he makes a rocky beginning to his Southampton loan stint.

With two goals scored in his last two games, it might be tempting to underplay the battle that the 20-year-old striker has had to endure in order to gain minutes.

The Blues opted to send Broja out on loan, despite three goals in three games for Thomas Tuchel during pre-season, following the blockbuster return of Romelu Lukaku to the club.

Southampton's loan bid was quickly accepted with the England-born Albania international replacing the outbound Danny Ings and set to compete with Che Adams and Shane Long for starts.

However, at the time, it wasn’t known within Chelsea that Southampton coach Ralph Hasenhuttl had also lined up £15 million ($21m) Blackburn Rovers striker Adam Armstrong - a signing which threatened to knock Broja down the pecking order.

And initially, it did just that; Broja was limited to appearances from the bench and in the Carabao Cup. Furthermore, Hasenhuttl called for Broja to adapt despite the striker playing a similar style of football in his successful loan at Vitesse last season.

“He was a slow starter when he was coming in but in the last three weeks it’s impressive how quick he learns and how quick he wants to do it better," the Saints boss said in early September.

“On Saturday I have seen why we signed him and why the scouts wanted him to sign and this is good. The first two weeks, I was looking what he has to give for me and I can see now, to be honest.

“I had some very serious conversations with him to tell him what I want to see and he’s been a bit of a slow starter, you need to push him a little bit I think, and now he’s moving in the direction I want to see and definitely shown his qualities he has so far in this moment. This is very positive for me.”

Broja is no stranger to hardship, struggling in his first season with Chelsea under-18s before going onto become the Cobham academy's most exciting attacking talent.

It's also often the case that a first Premier League loan for a young player can be uncomfortable. Broja's subsequent reaction to his public criticism must be praised.

He worked hard and scored the goals to earn him his first Premier League start just 10 days ago.

He has banged down the door through a goalscoring run that has yielded seven goals in 12 games for club and country this season.

And with many of those appearances coming from the bench, it's a strike rate of a goal every 73 minutes.

Speaking after his goal against Burnley on Saturday, it was clear that the Austrian head coach's opinion of his striker has changed.

“I think that he has the speed in the one against one, passing and shooting when necessary is very good, he is a threat, this is something that definitely helps out the team,” Hasenhuttl said.

“We saw two times Armando Broja starting and two times he scored. He gives us some qualities that we didn’t have so far and [I’m] very happy to have him."

If Broja can hit a double-figure goal tally, and earn regular minutes on the south coast, he could well come back to Chelsea next summer.

It's also possible that the Blues could recall him sooner; a break clause is understood to be in the terms of his temporary deal at St Mary's, which could see him return in January.

Yet Hasenhuttl's tough love could be just what Broja needs to reach his lofty ambitions. He believes that he can play first-team football for his boyhood club Chelsea in the future and that's why he signed a new five-year contract over the summer.

Speaking to Goal last season, he admitted that his ambition was to become the next Didier Drogba: "I want to try and surpass Drogba. It might not be easy, but that’s my mentality and how I am feeling," he said.

It won't be easy but Broja has done everything right so far.

Unfortunately, he won't be facing Chelsea on Tuesday night due to the terms of his loan deal but Tuchel will be keen to ask Southampton how one of the jewels of his academy is progressing.