Harry Kane injury: How many games will the Tottenham star miss? 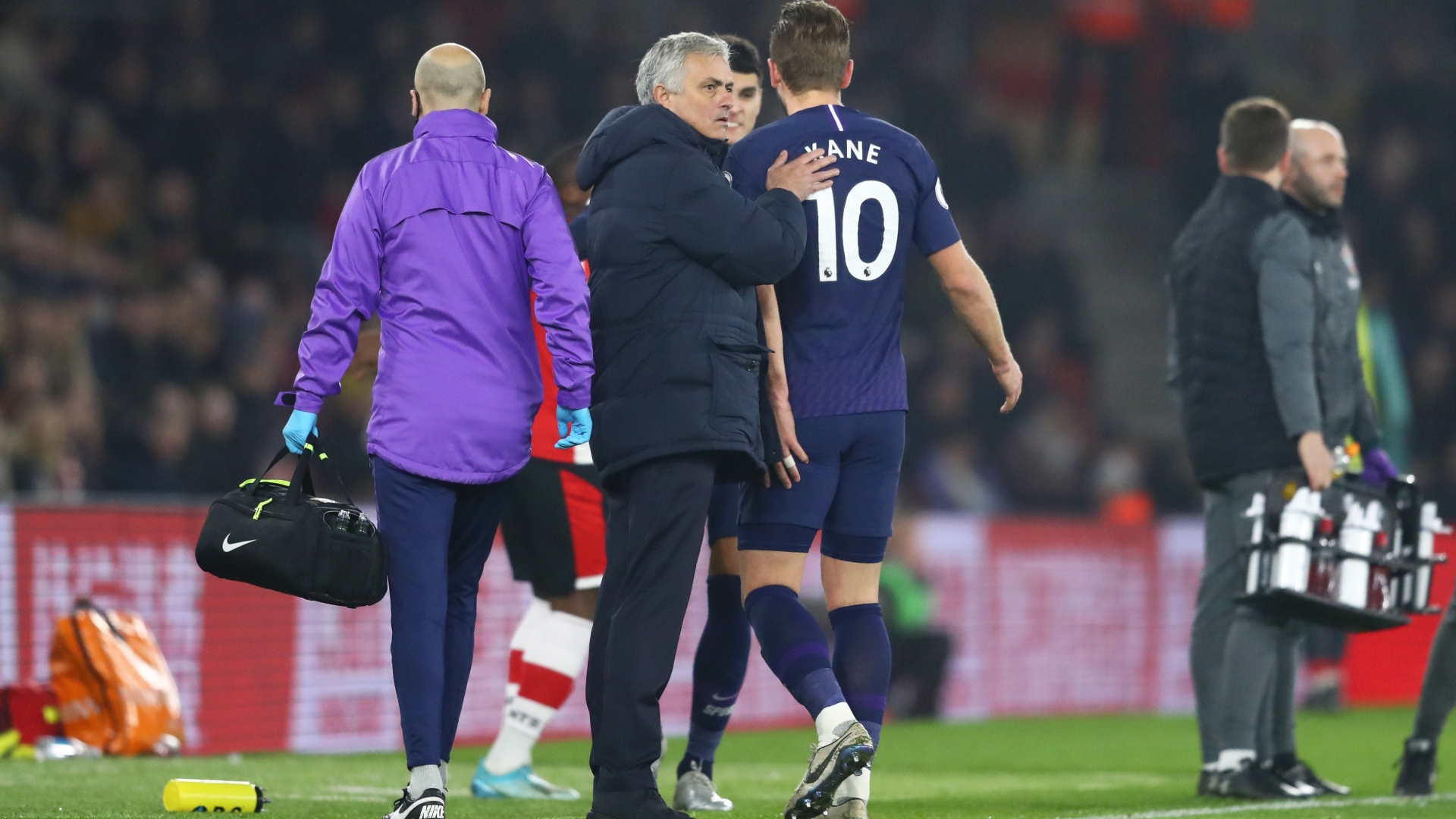 Tottenham have had a roller coaster of a season so far, with Jose Mourinho replacing Mauricio Pochettino as manager – and things have taken a worse with striker Harry Kane set for yet another extended spell on the sidelines.

The club's leading Premier League goalscorer with 11 strikes limped off the pitch in the loss to Southampton on New Year's Day with a hamstring injury.

Initial reports suggested he would be out of action until March, but the situation worsened when the club confirmed that Kane would need surgery to repair a ruptured tendon in his hamstring, with his new return date set for April.

He is due to miss up to 14 games in all competition over the next three months, including a home fixture against Premier League frontrunners Liverpool, a clash against Manchester City as well as crucial Champions League last-16 tests against RB Leipzig.

The forward previously missed a large chunk of the second half of last season with an ankle injury.

Adding to Kane's worries are the finals of the European Championship this summer, where he is expected to captain the Three Lions in the tournament should he be fit – and he faces a race against time to return to full fitness.

The Premier League season wraps up on May 17, with the European competition due to start less than a month later.

The North London club currently sit in seventh place and have endured an underwhelming first half of the campaign, failing to capitalise on the momentum of finishing as Champions League runners-up.

“Following ongoing assessment by our medical staff over the past week, we can confirm that Harry Kane will undergo surgery to repair a ruptured tendon in his left hamstring,” Tottenham said in a statement.

“The striker suffered the injury during our Premier League fixture against Southampton last week and specialists have advised surgery after further review of the injury.

“The decision to undergo surgery is not expected to impact the timeframe that the England captain will be sidelined, with the expectation that he will return to training in April.”

Mourinho could be forced to dip into the January transfer window in search for striker reinforcements in Kane's absence, despite previously stating that he has no mind to do major business before the summer.

Should he return to training in April, he could be back to face Everton at home on April 11.

Which games will Harry Kane miss?