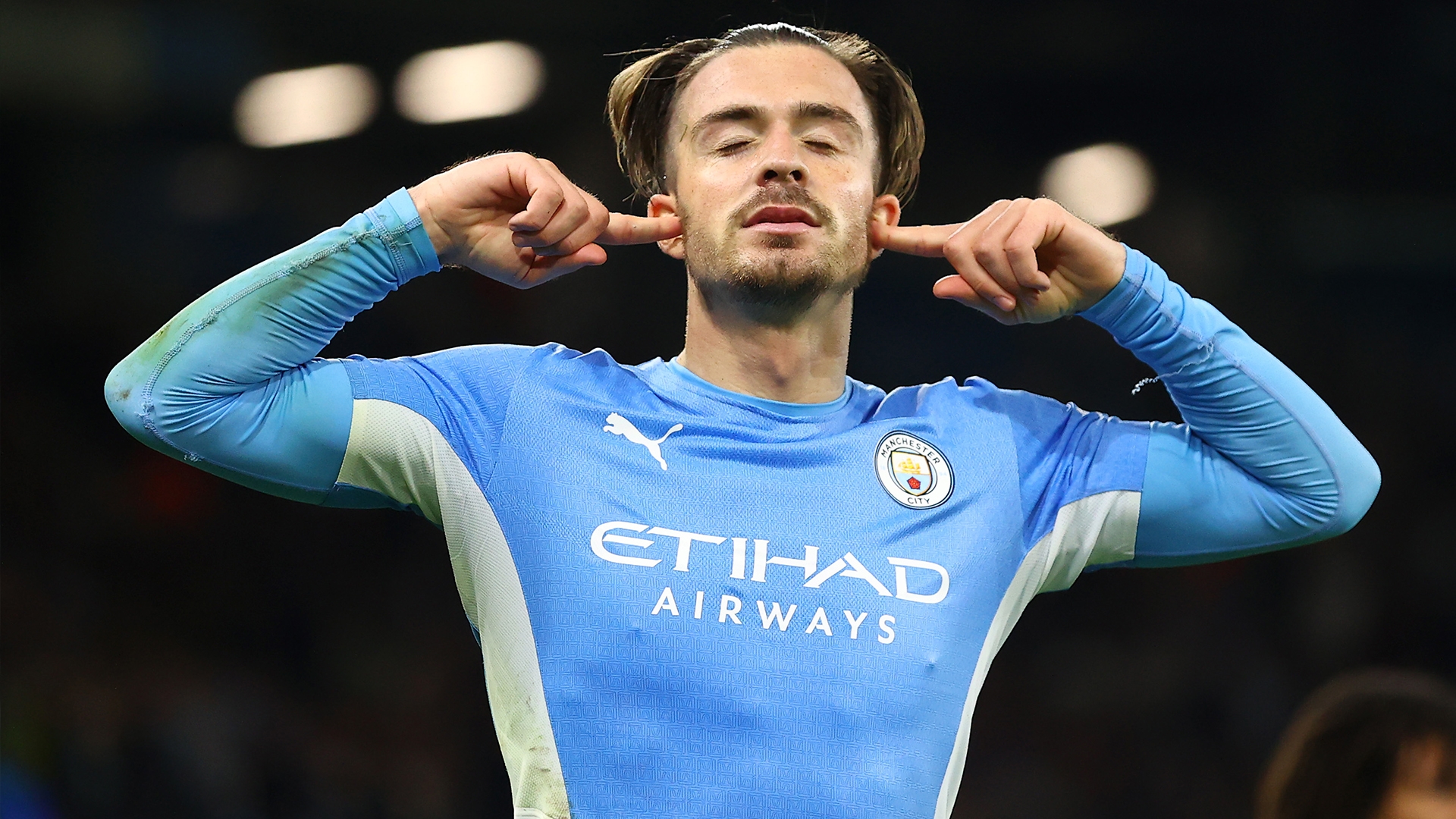 City face daunting away trips to Chelsea, PSG and Liverpool over the course of eight days in the kind of run their record-signing was bought for

These are the weeks why Jack Grealish joined Manchester City.

A daunting triple-header of away trips to Chelsea, Paris Saint-Germain and Liverpool await City over the course of eight days, their Premier League and Champions League credentials both set to be thoroughly tested.

It is therefore a week when Grealish will find himself under increased scrutiny, expected to justify his British record £100 million ($139m) price tag in such headline-grabbing encounters.

That intensity will still be something new, even though the 26-year-old was a big part of England’s squad in their run to the Euro 2020 final over the summer.

At club level,  when former club Aston Villa or Grealish in particular had their bad days, the spotlight was off - defeats for Villa at Stamford Bridge or Anfield could be comfortably brushed off without too much of an inquest.

At City, though, there is no respite. Pep Guardiola’s side are expected to win every week - even during this daunting run of fixtures - and any substandard performances by Grealish or his team-mates will lead to them being out of the side.

With two goals and two assists, the forward has made a solid start at the Etihad Stadium, but the pressure will ramp up on him over the next week.

England’s first £100m player could be a difficult label for some players to handle, but Grealish gave a mischievous smile when asked about it at his unveiling as a City player in August.

With his trademark hairstyle, rolled-down socks and swaggering style, Grealish certainly has the look of football’s next superstar, and former City defender Micah Richards expects him to now show his quality in the big games.

“Jack’s made for the big stage,” Richards tells Goal. “Some players need a little kick up the backside but he's already there.

“He believes in his ability so it's a big week, but he's a big talent, and he will relish the task.

"I've seen it first-hand, he never shies away from anything, and him playing with better players is only going to make him better.

“It's a massive week. It's not going to decide the league, but it will give one of the teams massive confidence for the rest of the season.”

While Grealish has started all of City’s six Premier League and Champions League matches so far this season, overall competition for places in Guardiola’s side is fierce.

The 26-year-old's appearances have come mostly from left wing thus far, but that is also the position where Raheem Sterling has thrived for much of his City career, while Phil Foden made the role his own at the end of last season as City landed the Premier Legaue title and reached their first Champions League final.

Foden stepped up his return from injury in midweek, creating two goals and scoring another in City's 6-1 victory over Wycombe Wanderers.

So how does Guardiola go about getting both he and Grealish into the same team?

“Foden can play anywhere and I'd love to see him in the middle of the park, I want to see him more dictating the play,” Richards says. “He can get on the ball and make things happen, he's such a unique talent.

“It's difficult because Pep will play Rodri or Fernandinho, and Kevin De Bruyne is the number one on the team sheet. Wherever he plays he always has an impact, but I would love to see Foden as a number eight.”

Guardiola will have plenty of decisions to make ahead of the Chelsea game, not helped by an injury crisis that will see him without defenders Aymeric Laporte, John Stones and Oleksander Zinchenko, with midfielders Rodri and Ilkay Gundogan also expected to be unavailable.

But he also has a tactical battle with Chelsea boss Thomas Tuchel, who has won each of his three matches against the City boss since taking over at Stamford Bridge.

Most notable was the Champions League final, when Guardiola opted to play Gundogan as his holding midfielder to disastrous effect as City were overrun and outmanoeuvred in Porto.

The flexibility of Grealish and Foden does give Guardiola options, and Richards believes it is too early to suggest that the German has got the better of the City coach.

“Coaches always have respect for each other and they'll be studying each other always,” says Richards, who paired City with West Ham in the draw for the fourth round of the Carabao Cup on Wednesday.

“At this moment, Tuchel is performing the best in Europe because he's just won the Champions League and they've started brightly in the Premier League as well.

“It's one where Pep will be doing the homework. They will be sizing up the opposition, because Chelsea are full strength. They've brought in Romelu Lukaku so they are pretty much going to have their best team out.”

Beating a full-strength Chelsea, then, is the first task for City as they prepare to run the gauntlet. To survive, Grealish and Guardiola will have to be at the top of their game.

At only 63 calories per can, a sugar content far lower than major competitors and a range of delicious fruity flavours, Carabao Energy Drink is a great option for those looking for healthier alternative energy drinks. The brand has extended its sponsorship of the Carabao Cup until 2024.