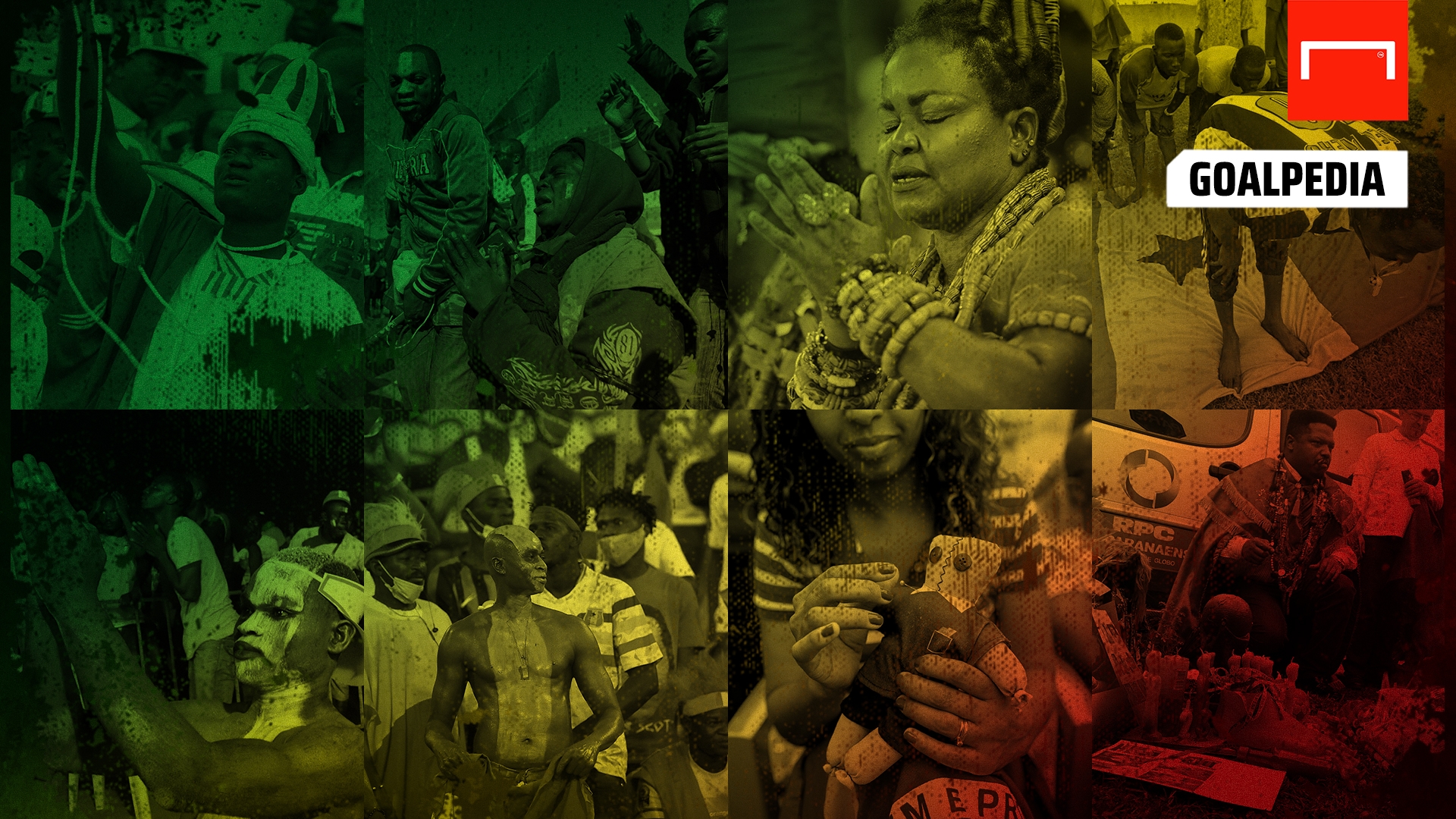 It is alleged that metaphysics is now prominent when it comes to the beautiful game on the continent, but could this be factual or a mere fantasy?

Witchcraft has been a central theme of African history long before colonisation as it resonates across all the continent’s facets of life, according to historians. Even at this, witchcraft or sorcery remains a nebulous concept to define because its meaning differs from one region to another.

Archaeologically, witchery entails the use of supernatural means to cause harm to the guiltless, but in the modern era, it has evolved to using mystic skills like the casting of spells and re-enactment of magical rites to reverse the status quo.

Astoundingly, this has found its way into the beautiful game as some football teams in Africa now rely on Muti, Juju or Otumakpo to influence the outcome of their matches or better still, complement their efforts.

From national teams down to club sides, football administrators and not forgetting the players; they have all been fingered for getting involved in the unholy act in one way or the other.

Now the question is, does witchcraft truly exist in African football or is it just a figment of imagination?

Goal tries to explain it here!

What instances stressed the realism of magic in African football

In 2000, an official of the Nigeria Football Association was alleged to have scampered on the pitch to steal off with a charm that was placed in the back of Senegal’s net during Nigeria’s Afcon quarter-final match in Lagos.

His intervention 15 minutes from full-time ensured the Super Eagles scored two late goals courtesy of Julius Aghahowa to deny the Lions of Teranga from proceeding to the semi-final.

Before Cameroon squared up against Mali in the semi-final of the 2002 Africa Cup of Nations at the Stade du 26 Mars, Bamako, handler of the Indomitable Lions Winfried Schafer and his goalkeeping coach, Thomas Nkono, were arrested by riot police for placing a charm on the pitch shortly before kick-off.

Two months after the competition, the Ivorian government settled a 10-year row with displeased witch doctors who revealed they had a hand in Cote d’Ivoire’s Afcon triumph in 1992. They were reported to have been hired by the Sports Minister at the time. In that year’s final, the Elephants overcame Ghana 11–10 on penalties after they played out a 0-0 draw after extra-time.

A video that went viral in 2015 showed Andre Ayew sprinkling a whitish substance on the field before his team took on Cote d’Ivoire in the Afcon final. Despite the act – which many claimed was Muti – Ghana ended up on the losing side.

A few years ago, the Rwandan Premier League encounter between Mukura Victory and Rayon Sports was flawed by claims of witchcraft. In a video footage made available on social media, striker Moussa Camara – whose team was down by a lone goal and missed several scoring chances – sprinted to the opponent’s goal to lean a small object against the goalpost.

He was chased by the goalkeeper and that led to the encounter getting stopped momentarily. After the restart, Camara scored the leveller but he was subsequently fined 100,000 Rwandan Francs, with the Rwandan FA threatening to impose stiffer punishment on any player caught taking part in witchcraft.

What footballers have said about witchcraft in African football?

No doubt, this subject has continued to generate contrasting opinions over the years. While some footballers - past and present - believe the use of juju works in football, others disapprove of that philosophy.

Former Ghana coach Goran Stevanovic believed black magic is real and not just a fantasy. He ascribed his team’s failure to win the 2012 Afcon due to his players who try to outshine one another using witchcraft.

Zimbabwe coach Zdravko Logarusic accused Cameroon of ‘witchcraft’ ahead of their 2020 African Nations Championship opener, which the Warriors lost 1-0. A photograph shared with Goal portrayed the Croat coach displaying the carcass of a bat, accompanied by a sign which reads ‘witchcraft in Cameroon’.

“At least 70% of players believe in it. They think that some kind of salve will save them. This is more suggestion. Brainwashing goes,” he told Championat per The Nation.

“But three years in Nigeria have been helpful to me. They called me to the Big League, and there my career developed much faster.”

Emeka Ezeugo once revealed that when he came to the Nigeria national team in 1987, there was juju everywhere with players hanging all sorts of amulets to get favour with the powers in their changing rooms.

Well, the debate about the place of witchcraft in African will obviously be an unending discourse. For Fifa and Caf, they seem not to believe in this ideology, little wonder they have remained silent on this over the years, and they have neither clamped down on those caught in the act nor reviewed this in the Laws of the Game.

Come to think of it, if charms, juju and muti truly exist in African football, why has it been a near-impossible task for an African team to get past the quarter-final of the World Cup since its inception?

Or could it be that teams from other continents have superior or advanced witchcraft?