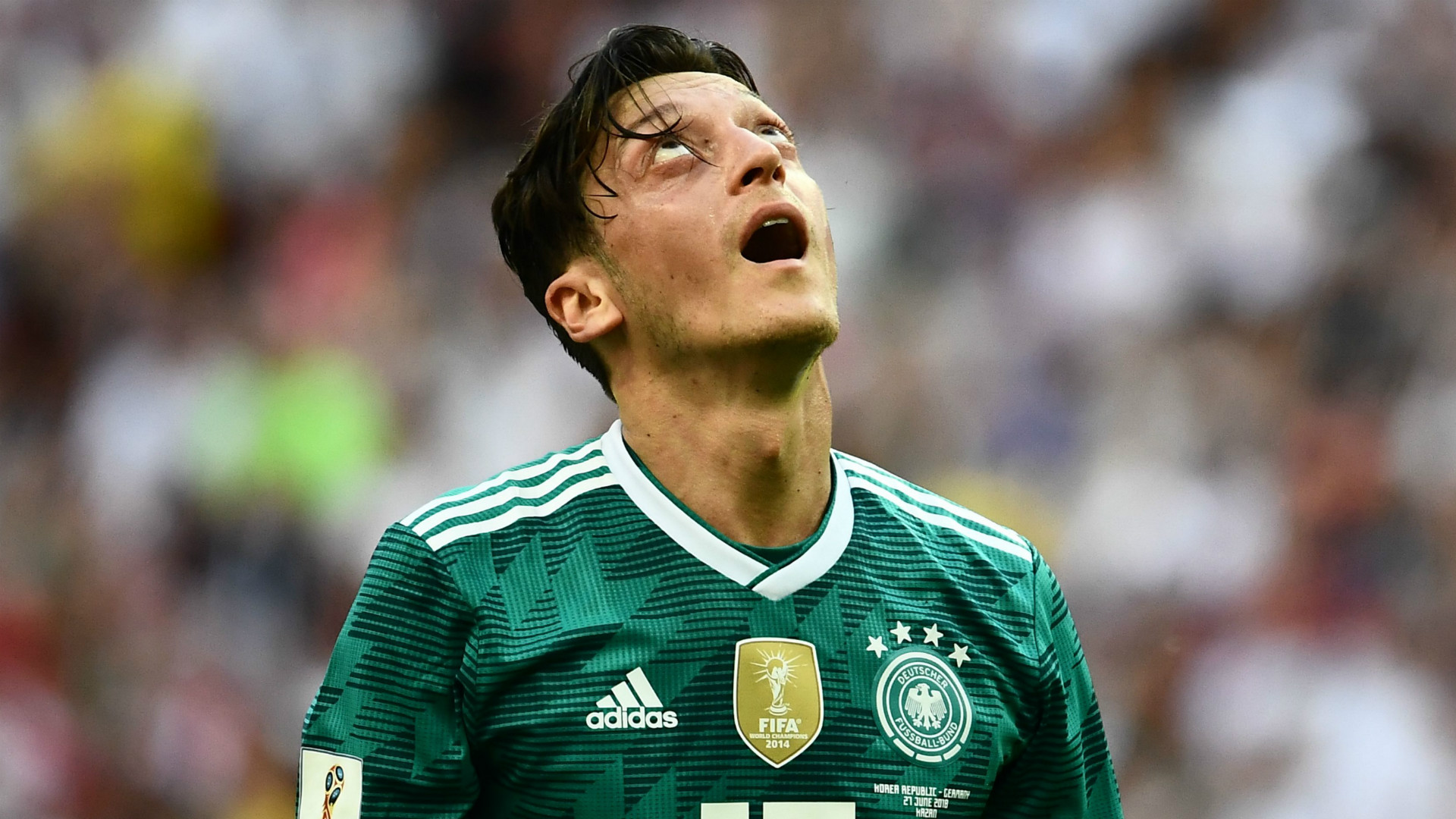 The German Football Association (DFB) has admitted to “mistakes” in its handling of Mesut Ozil in the wake of the Arsenal playmaker’s decision to meet with Turkish president Recep Tayyip Erdogan ahead of the 2018 World Cup.

Ozil, along with Manchester City midfielder and international team-mate Ilkay Gundogan, sparked controversy ahead of the global showpiece in Russia.

He was pictured with Erdogan on the eve of the tournament, with many of those in his homeland questioning the actions of a player with Turkish heritage.

Ozil was made a scapegoat for the struggles that 2014 world champions Germany then endured on the field, with Joachim Low’s side suffering a humbling group-stage exit when defending their crown.

In the wake of that disappointing showing, and with criticism still being aimed in his direction, Ozil took the decision to retire from international football and launched into a scathing attack on the DFB.

He said in a lengthy statement: “It is with a heavy heart and after much consideration that because of recent events, I will no longer be playing for Germany at international level whilst I have this feeling of racism and disrespect.

“I used to wear the German shirt with such pride and excitement but now I don’t. This decision has been extremely difficult to make because I have always given everything for my team-mates, the coaching staff and the good people of Germany.

“But when high-ranking DFB officials treat me as they did, disrespect my Turkish roots and selfishly turn me into political propaganda, then enough is enough. That is not why I play football, and I will not sit back and do nothing about it. Racism should never, ever be accepted.”

DFB general secretary Friedrich Curtis has now admitted that errors were made in the handling of a high-profile case and character, with Ozil being forced out unnecessarily.

He said at a meeting with young scholars at the Deutschland-Stiftung Integration: “The DFB made mistakes in dealing with the events surrounding the Ozil case.

“A photo became a magnifying glass for many topics.

“The moment there were racist allegations, we missed the time to meet with the player.”

Curtis went on to address the wider topic of migrants in Germany and the lack of diversity that exists within DFB structures.

He added: “Integration is such an awfully wooden word. It's about treating each other with respect.”

Ozil retired from Germany duty with 92 caps and 23 goals to his name and currently finds himself frozen out at club level after failing to convince Mikel Arteta of his worth at Emirates Stadium.