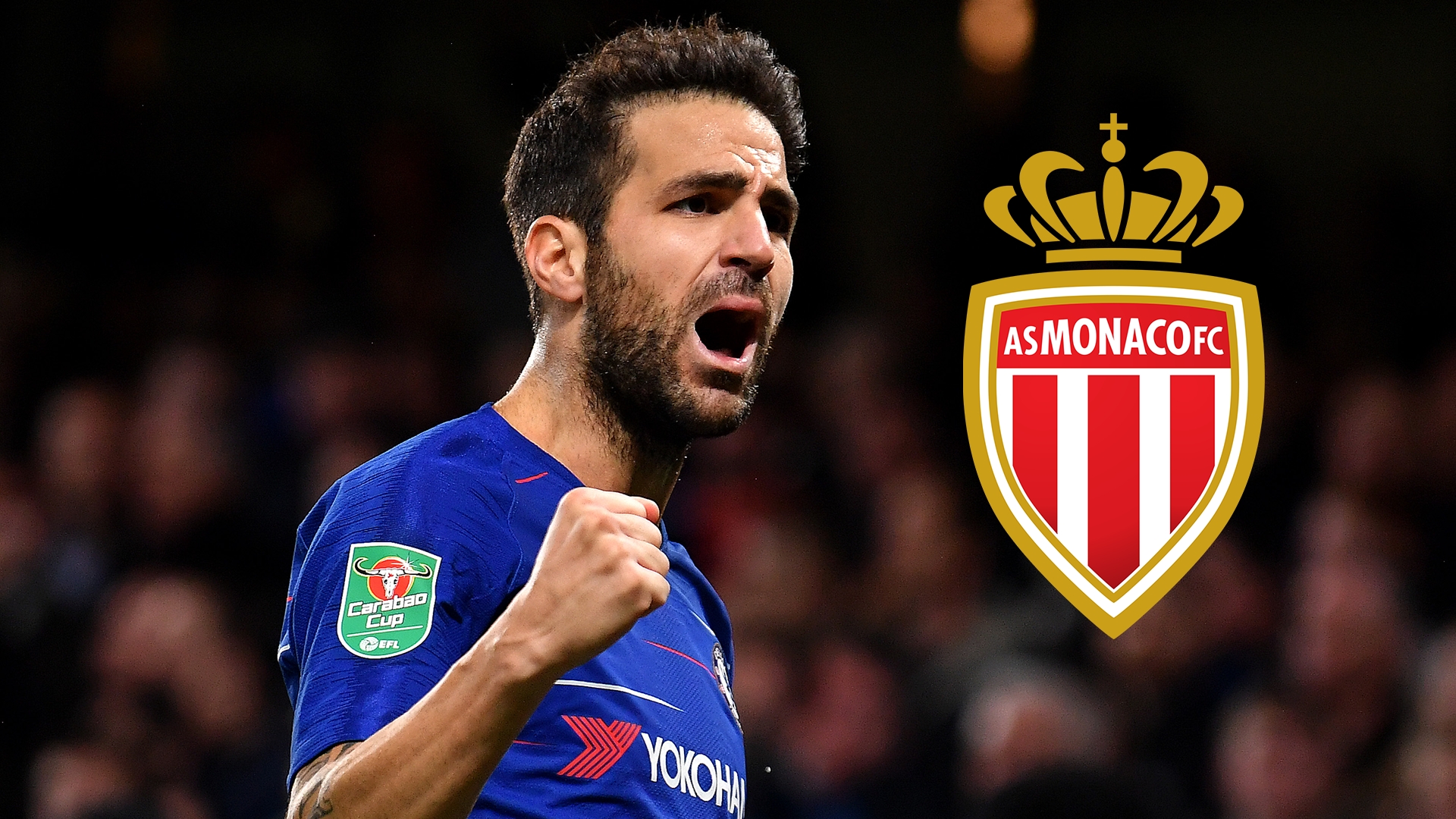 Chelsea midfielder Cesc Fabregas has completed his move to Monaco.

Fabregas will move to Monaco without a fee for now, as Chelsea will be paid via bonuses depending on the Fabregas’s performances.

The 31-year-old has signed a three-and-a-half-year-deal with the principality club, with it hoped he will play a key role in helping the 2017 Ligue 1 champions avoid relegation.

He will reunite with former Arsenal team-mate and close friend Thierry Henry at Stade Louis II, with the Gunners' all-time top goalscorer taking his first steps in management after Leonardo Jardim was sacked in October.

"It is a great pleasure to join AS Monaco, a new project for me," Fabregas said in a statement.

"The group is quality with young players and a young coach. I'm here to help the team.

"I'm looking forward to starting, we have a great match to play in Marseille on Sunday. I am very excited."

Fabregas' departure from Chelsea sees him end four-and-a-half years at Stamford Bridge after he joined the Blues from Barcelona in 2014, with the Spain international helping the west London outfit win two Premier League titles, the FA Cup and the League Cup.

"There is no doubt Fabregas’s place in the Chelsea history books is assured given his achievements over the past four-and-a-half seasons," a club statement read.

"Big goals and outstanding moments of quality, all backed up by the ultimate aim, which is to be part of a successful, trophy-winning team.

"Fabregas departs having helped the club achieve great success, as well as providing our supporters with some wonderful memories."

In total he scored 22 goals and laid on 57 assists during his 198 appearances for Chelsea, the last of which came on Saturday when he bid an emotional farewell to the club's fans in the final stages of his side's 2-0 win over Nottingham Forest in the FA Cup.

Cup matches have offered Fabregas the main chance to impress under Maurizio Sarri, with Jorginho's arrival in the summer forcing Fabregas down the pecking order in terms of midfield places.

Fabregas' departure will now hasten Sarri's need to find a replacement, with the Blues working on deals to sign Cagliari's Nicolo Barella and Zenit St. Petersburg's Leandro Paredes, though there has been no final decision in terms of what kind of player will be brought in to replace the ex-Arsenal man.

What his departure does do is free up a large chunk of Chelsea's wage bill, with Fabregas the third-highest paid player at the club behind N'Golo Kante and Eden Hazard despite only having six months left on his contract.

AC Milan had previously shown an interest in signing him, but they were priced out of a deal due to upcoming Financial Fair Play sanctions.

"We are very pleased to welcome Cesc Fabregas, a world-class player and a great professional, whose arrival demonstrates the ambition of the club," said Vadim Vasilyev, the club's vice president and general manager.

"This is obviously a very good reinforcement for the team and we are convinced that his experience at the highest level will bring a lot to our players on and off the field."

Fabregas could be joined at Monaco by a familiar face, with the Ligue 1 outfit in advanced talks to sign Chelsea forward Michy Batshuayi.

Henry is keen to bolster his squad with his side sitting 19th in the table and five points from guaranteed safety, though they did book themselves a place in the Coupe de la Ligue semi-finals on Tuesday.