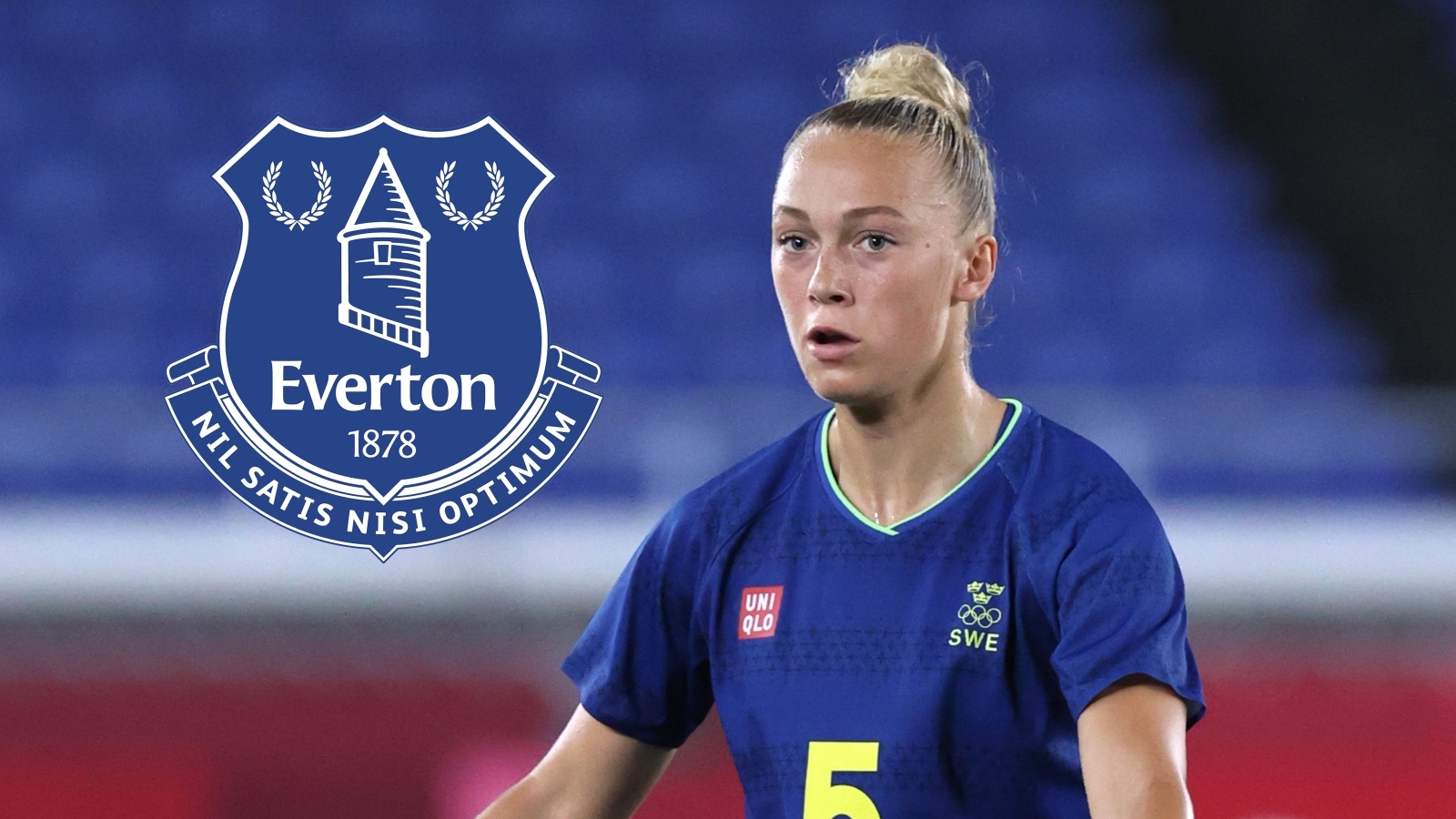 The 18-year-old won silver at the 2020 Olympic Games and has previously been linked with Lyon, seven-time winners of the UEFA Women's Champions League

Everton have announced the signing of teenage midfielder Hanna Bennison, who signs a four-year deal after arriving from FC Rosengard for a six-figure fee.

The 18-year-old is renowned as one of the best young players in the world, named Goal's 2021 NXGN winner earlier this year, and arrives in England fresh off the back of winning a silver medal with Sweden at this summer's Olympic Games.

She is the ninth summer signing that Everton have made as the Toffees look to build on last season's Women's FA Cup final and push into the top three of the Women's Super League, which would see them take a UEFA Women's Champions League spot from either Chelsea, Manchester City or Arsenal.

Speaking upon the announcement of her signing, Bennison said: “It feels amazing to be here. I’m still young, I need to learn a lot, and I think this is the perfect environment for me to grow.

“I like the league in England and we have a very good manager in Willie Kirk. I’ve spoken to him, and the way he sees my game is the way I see myself.

"I think Everton has something big happening. We have a really good squad with a lot of good players. I know the club wants to play in the Champions League. That’s one of my goals, too, and I hope I can help the team reach that.”

Kirk added: "Hanna was highly sought after and there was a lot of competition for her signature. I'm delighted the club has backed my judgement, making sure we were in as strong a position as possible to be successful in her acquisition.

“She'll play a big part for us, not just this season, but in the long-term. She's at a fantastic level but there is still so much more to come, considering she's only 18."

How good can Bennison be?

Bennison came to prominence two years ago when she started 16 of Rosengard's 22 Damallsvenskan games, helping them win the Swedish title for the first time in four years.

Her progression into the first team came as a result of the strong impression she made on head coach Jonas Eidevall, who this summer moved to Arsenal, with her determination as well as her skillset.

Earlier this year, he told Goal that Bennison "has the potential to be the best player in the world".

With a senior international debut also earned in 2019, the teenage midfielder was soon linked with Lyon, the seven-time European champions.

According to reports from the Telegraph, there were clubs in the United States' NWSL that enquired for Bennison this summer too, with her decision to move to Everton to be a huge boost for the club.

As well as her current ability already being outstanding, the midfielder's potential is huge. A move to a club like Everton, renowned for developing young players and in a better position to offer game time than a powerhouse like Lyon, will only aid her development.

Technique, physicality and an eye for goal - Hanna Bennison has it all ⭐

What other business have Everton done?

Bennison is not only Everton's ninth signing this transfer window, as they target that top three finish, but she is also the third Swede to arrive at the club.

Forward Anna Anvegard and defender Nathalie Bjorn have also moved to Merseyside, both also from Rosengard and both with silver medals from their summer exploits too.

England international Toni Duggan has been the headline signing, returning to her childhood club after leaving Atletico Madrid, while Kenza Dali, from West Ham, and Aurora Galli, from Juventus, have further bolstered Kirk's midfield options.

Full-back Leonie Maier and Courtney Brosnan are the club's other arrivals, the latter arriving to provide competition for first-choice goalkeeper Sandy MacIver, following the departure of Tinja-Riikka Korpela to Tottenham. Teenage shot-stopper Cecilia Ran Runarsdottir has also signed, but won't join until January due to Brexit rules as revealed by Goal last month.

Korpela is one of 11 players to have departed, the most notable being Australian winger Hayley Raso, who signed for Manchester City earlier this month.