Manchester United were back at Old Trafford for the first time since the final home game of the last campaign as they faced Brentford on Wednesday night.

This was United’s third pre-season fixture with a win against Derby and defeat to QPR proceeding it. Games against Preston North End at the weekend and Everton the week after complete their schedule - but it will be hard to top the level of goals on display on Wednesday.

As pre-season friendlies go it was pretty entertaining affair at Old Trafford on Wednesday night. Over 30,000 were inside as Ole Gunnar Solskjaer's side were held to a draw by the Premier League new boys, but they can't have had any complaints about the goals.

Anthony Elanga got the ball rolling with a wonderful volley before Shandon Baptiste levelled through another brilliantly struck effort from the edge of the area - but it was Andreas Pereira who scored the best goal with a 25-yard wonderstrike, before Bryan Mbuemo brought the Bees level again.

Here's what we learnt from the 2-2 draw.

Solskjaer admitted after the game against QPR that he is undecided about what to do with Elanga this season. The teenager made his first team debut against Leicester at the back end of the last campaign and has continued to impress the United manager with his pace and direct play.

There is a strong argument and plenty of interest for the forward to go out on loan ahead of the start of the new campaign, but Solskjaer is contemplating keeping him at Old Trafford. After another impressive pre-season performance you can see why.

"He’s giving me a great problem," Solskjaer joked after the game.

Where he fluffed his first chances against QPR at the weekend before finding the back of the net with a fine finish, Elanga didn’t need a second chance against Brentford. He hit his volley perfectly first time to give United the lead. Another brilliant finish to add to his highlights reel.

With Marcus Rashford expected to miss the first few weeks of the season, the 19-year-old, who can play anywhere across the front three, would be a useful man to have in Solskjaer’s armoury.

He won’t be starting every week but the chance to train with a higher calibre of player and the opportunity to get some minutes could really see him kick on this season. 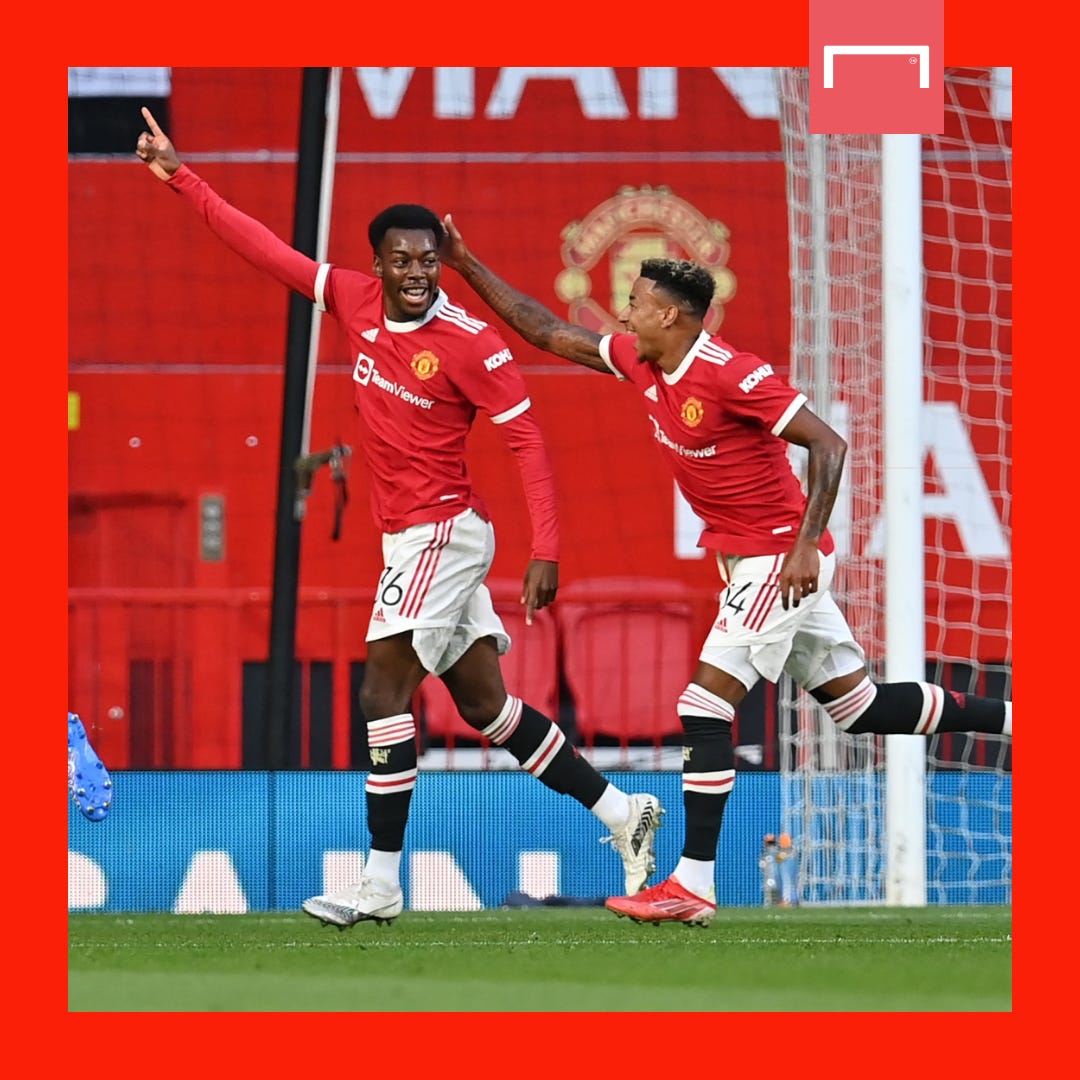 It seems that every pre-season Pereira manages to pull out the stops and provide the goods. This season the location may be different, in that we’re in a very wet and windy Manchester instead of sunnier climes across the globe, but his performances are no different.

In fact this pre-season he may have outdone himself. Kieran McKenna had his hands on his head in disbelief on the touchline while Bruno Fernandes and Alex Telles, both in the stands for this game, rose to their feet for a standing ovation when his strike hit the back of the net.

A formidable effort from 25 yards volleyed in off the under side of the cross bar. It’s unlikely to convince Ole Gunnar Solskjaer that he should be starting every week but a reminder of what he’s got in his locker nonetheless and a sure winner of the unofficial goal of pre-season award.

"I dare anyone to do a better one," Solskjaer said about his strike as he joked that it would be hard to beat this season.

It wasn’t just his goal that was good. His all-round contribution, passing, movement and balls into the box made him standout on another evening where Solskjaer fielded a pretty young side.

With United looking to boost their transfer kitty through sales Pereira is one who could make way. As he took his seat in the stand he chatted to Fernandes. No matter how good his goal was on Wednesday night, he won’t be keeping him out of the team. 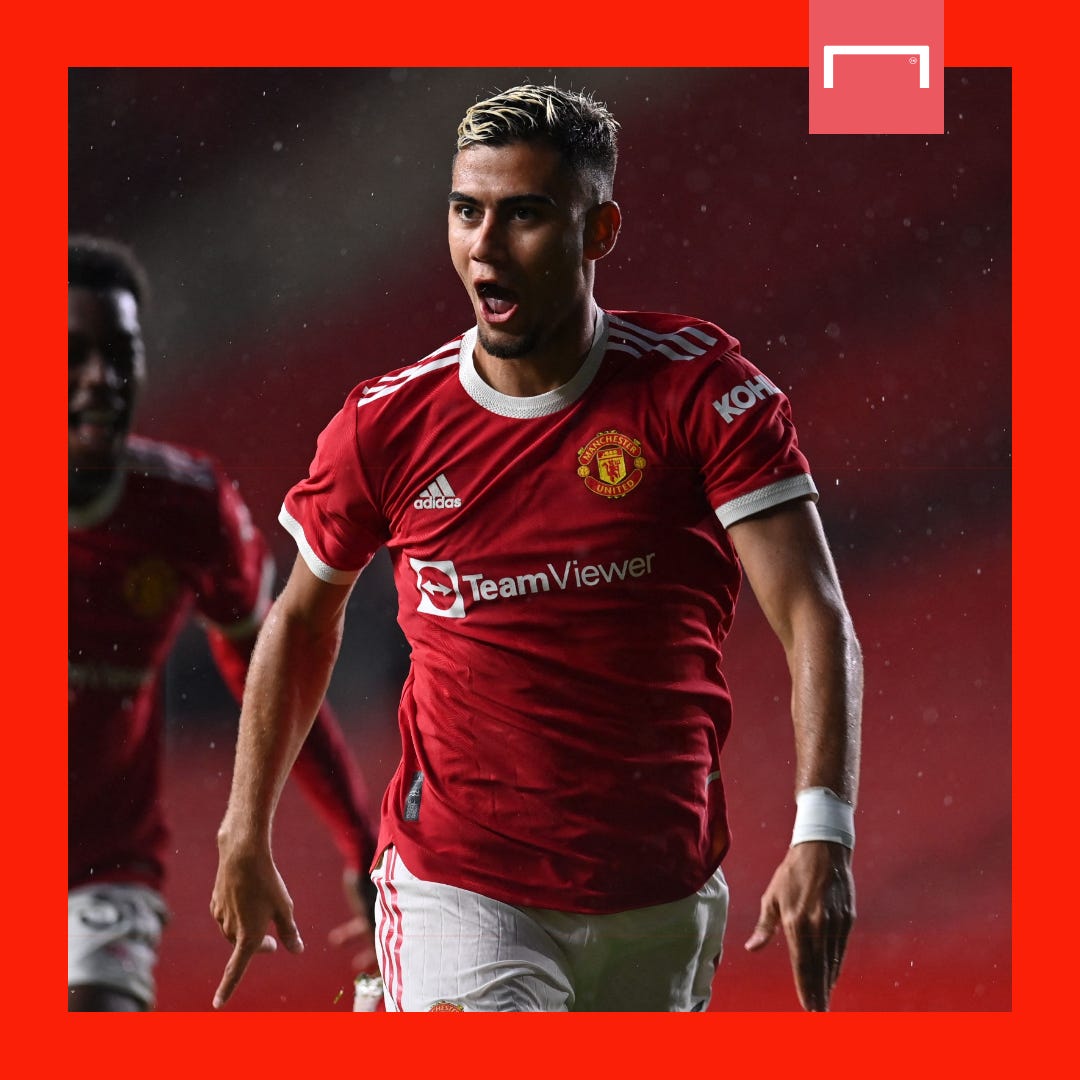 First team players on their way back

Next week should see the return of the full compliment of first team players return to training as they begin their final preparations for the first week of the season.

Fernandes was back but watching in the stands and Donny van de Beek returned for the final 15 minutes of the draw. While Diogo Dalot was given the second half as he replaced Brandon Williams at half time.

This pre-season has been a change for the younger players to shine, but Solskjaer will want the next two weeks to start to work on his plans for the opening game against Leeds. All of the players are expected back on Monday and the majority who have been involved in these last couple of weeks are unlikely to get a look in for that opening game.