Having taken social media by storm with his performance against Paris Saint-Germain, the teenager is now being tipped for the very top

When clips of 16-year-old footballers go viral, they tend to be of them dominating at age-group level, producing outrageous pieces of skill or scoring wondergoal after wondergoal at a level that they are already clearly above.

They do not normally focus on an industrious, dynamic midfielder dominating proceedings against one of the richest club sides the world has ever seen.

But then Eduardo Camavinga is no normal 16-year-old footballer.

His performance against Paris Saint-Germain for Rennes in their 2-1 win over the French champions in mid-August had fans the world over discussing the potential of a player who is already being tipped for superstardom.

Unsurprisingly, PSG have already been linked with a big-money move while Arsenal have also been cited as a potential destination.

While Camavinga's name might be a new one to fans outside of France, he is becoming a relative first-team veteran given his age. Having been named on the Rennes bench for the first time in January, he eventually made his debut for Julian Stephan's side against Angers in April. His first start, against Monaco, arrived less than a month later.

So strong were his performances that his contract was renewed until 2022 ahead of the new campaign, but even then it came as something of a surprise to see him line up from the start against PSG in the Trophee des Champions for the Coupe de France winners. Two weeks later and he was in from the start again against the same opposition.

Born in Angola, Camavinga and his family moved to France when he was just one years old. Despite practicing judo from an early age, by the time he turned six much of his attention was on football and playing for local club AGL Fougeres in Brittany

"I knew his qualities, but I did not think it would go that fast and he would have this exceptional trajectory," Nicolas Martinais, his coach at the time told Goal in an exclusive interview. Martinais took Camavinga with him when moving to his new club, CF2L Foot, near Rennes, and it was there he was noticed by the Ligue 1 outft.

Rennes has a rich history of producing talented young players. Sylvain Wiltord, who went on to score in the Euro 2000 final and win Premier League titles with Arsenal came through their ranks, while more recently they have been credited with the development of Abdoulaye Doucoure and, most famously, Ousmane Dembele. 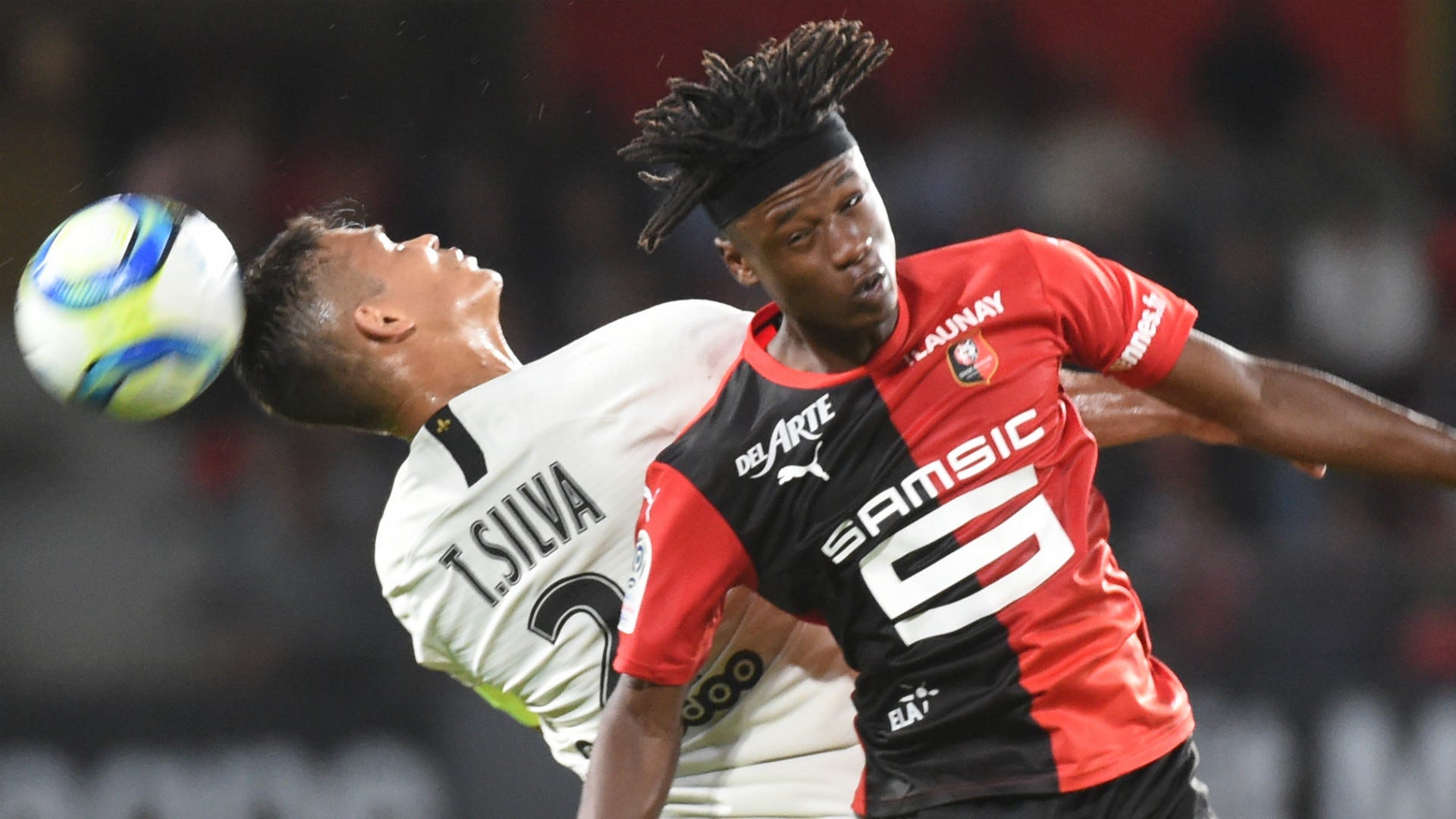 And while the comparisons to Dembele in terms of raw talent are obvious, given the difference in role that they play on the field it is another product of the Rennes academy whom most are referring to when analysing Camavinga's game.

Yann M'Vila may not have fully delivered on his promise since leaving Rennes in 2013, but 22 France caps are testament to the high ceiling many deemed him to have when he first broke into the first team at Roazhon Park.

"Yann had a purer game than Eduardo," Landry Chauvin, the former director of the Rennes academy, tells Goal. "But Eduardo can do a lot more work. He is able to score six to eight goals per season, and it will not be long until he does.

"But what will allow him to move forward especially is his personality. When you meet him in the street, he is discreet. He is as natural in life as he is on the field, and it will be his great strength. He is a respectful guy, always, who respects the housekeeper of the training centre as much as the coach of the first team. He has a good head on his shoulders and will not change." 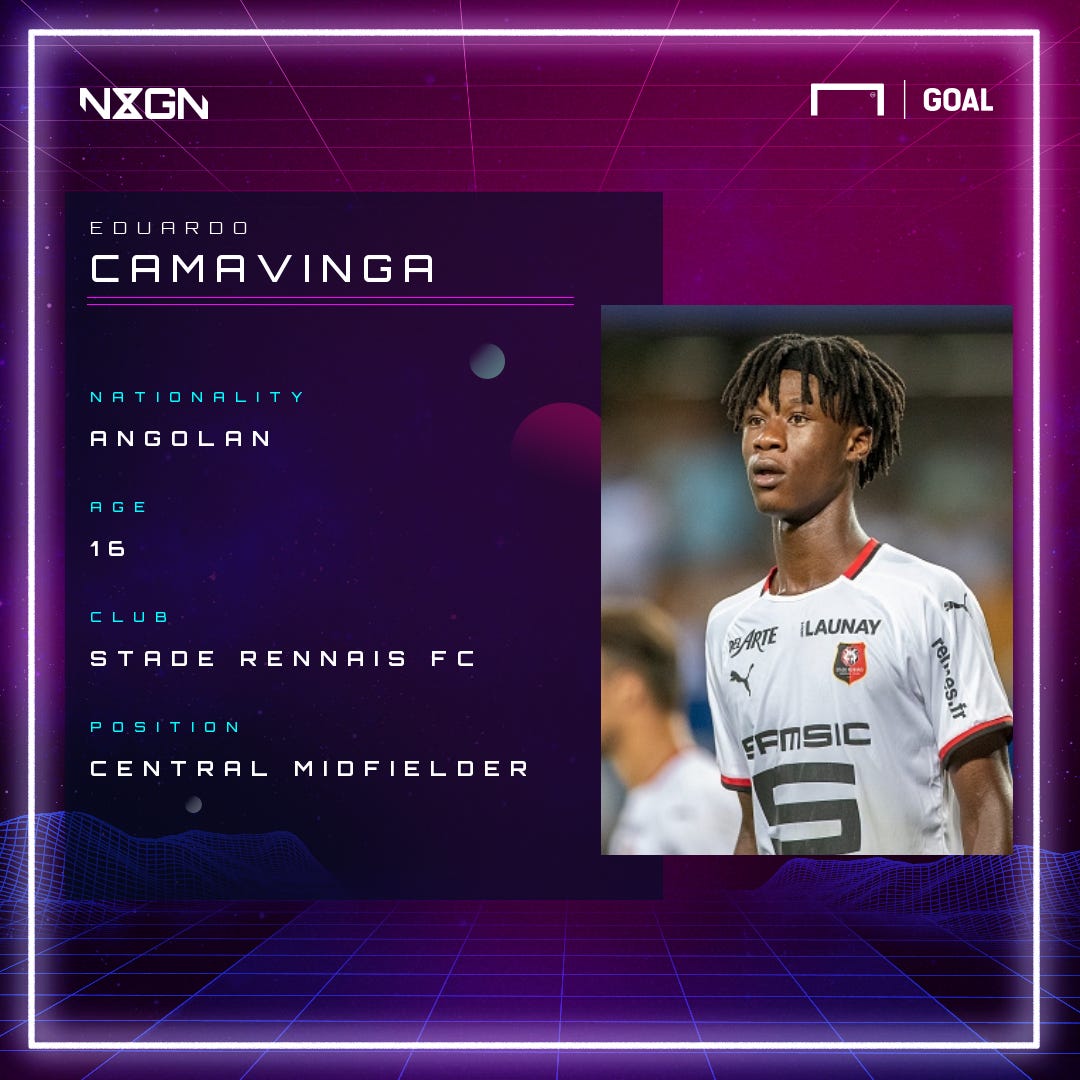 It is that personality and level-headedness that all those who have worked with Camavinga cite when describing his greatest strengths. It is a temperament built on tragedy and responsibility placed on him by his family. In 2013, the Camavinga family home was burned down during some construction work.

"Eduardo knows where he came from and what challenges he and his family have gone through," Martinais recalls. "They lost everything overnight. Eduardo and his family were in tears, they were only housed in a room, I remember his dad going to see his son and saying to him: 'Eduardo, it is you who will raise the family in these tragic moments'."

If nothing else, his performances on the field in the early weeks of the campaign suggest he is starting a journey that will make his loved ones extraordinarily proud.

No player born in 2002 or later has made as many as his 11 appearances for a club in the top five European leagues. In his first two matches of the season he misplaced just two passes. He has only failed to complete seven of his 120 attempts to find a team-mate in 2019-20.

Full of energy and a tough tackler to boot, he even has a little creativity to offer in the final third, showcased by his cross from the right which created Romain Del Castillo's winning goal against PSG.

Understandably, excited France fans have been asking how soon it will be until he represents Les Bleus on the international stage. That, however, will have to be delayed as he waits to be granted French citizenship - should he keep creating headlines that process may well be accelerated somewhat.

For now he can concentrate on building his experience at club level, as well as on passing his Baccalaureat exams as he finishes off his schooling. Once that is out the way, though, then the sky is the limit for the new shining star of French football.