Did Man City really need Ronaldo? Jesus shines as a winger once again in Arsenal rout 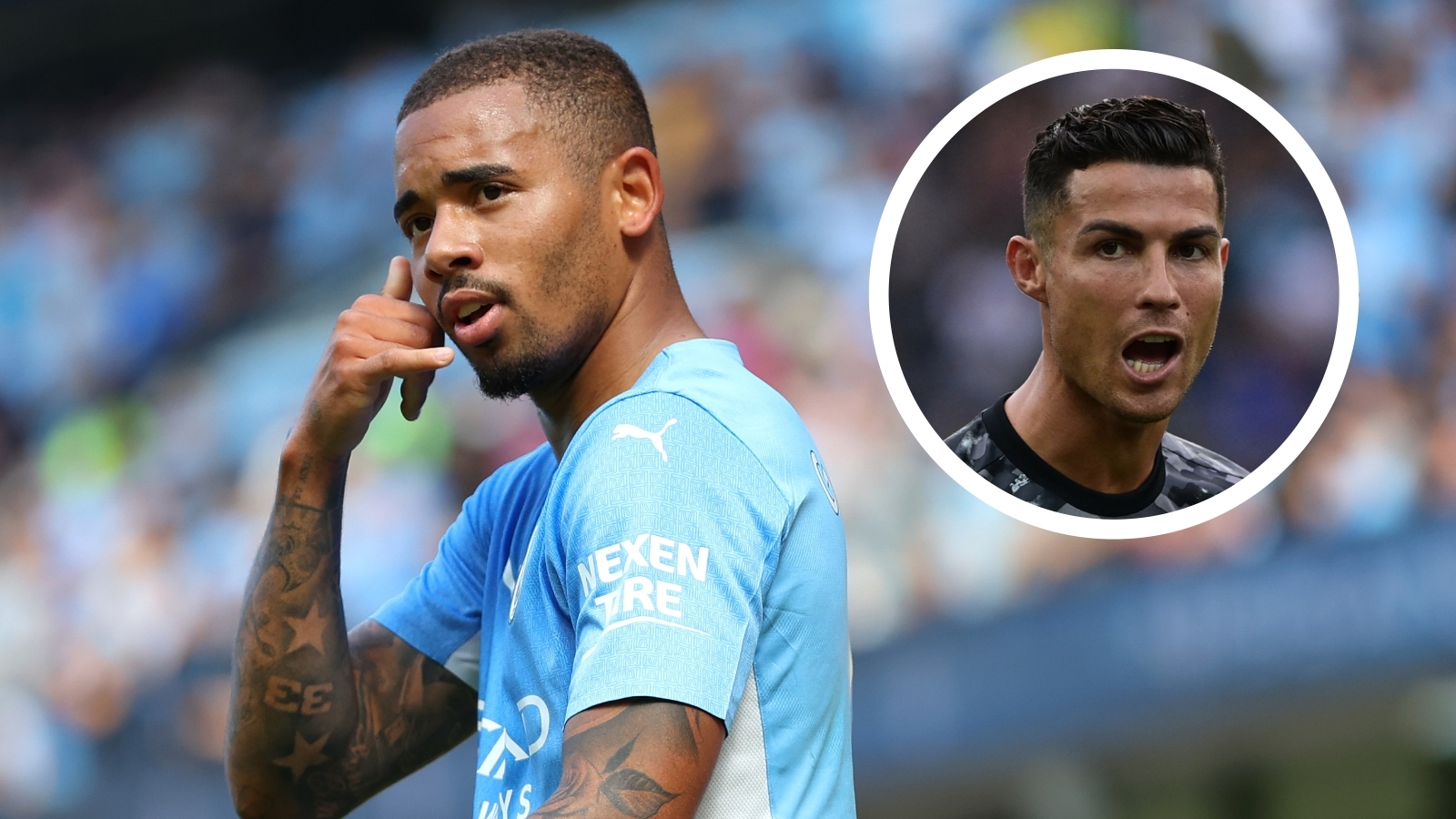 The Brazilian was involved in two goals as the Premier League champions proved they remain a potent attacking force even without a classic No.9

Gabriel Jesus is not helping Pep Guardiola's search for a striker – but for all the right reasons.

Manchester City have been in the hunt for a replacement for club legend Sergio Aguero all summer, but with just three days remaining until the transfer window closes, it looks like that search will be fruitless.

The three-month chase of Tottenham centre-forward Harry Kane ended earlier in the week and City ultimately backed out of a deal for the prolific Portuguese winger Cristiano Ronaldo, who has agreed to join Manchester United instead.

Guardiola insists he is happy with his attacking options and the reality is that with the addition of British transfer-record signing Jack Grealish, he essentially has a stronger squad than the one that last season won the Premier League and reached the Champions League final.

Aguero was missing for much of the campaign through illness and injury, and Jesus was unavailable for large parts, and inconsistent for others.

On paper, he is the only senior striker at the club but increasingly his strengths are as a winger and he has told Guardiola that it's a position in which he feels more comfortable.

The Brazilian has a good strike-rate since arriving at City in January 2017. His goal in Saturday's 5-0 rout of Arsenal means he has now netted 83 times in 198 appearances for the club.

But there have been times during his four years at the Etihad when he has endured goalless streaks, and his pain and frustration have been clear.

There have also been plenty of occasions when he has looked at his most effective as a winger, not least a memorable performance at the Santiago Bernebeu where he scored and shone in a 2-1 victory over Real Madrid.

With players coming back at different, Jesus started last week's 5-0 victory over Norwich as a right winger and set up three of the goals, although he was only accredited with only one assist.

Guardiola went with the same side against Arsenal and it was Jesus who proved instrumental in carving out the opener.

Latching onto a floated long pass, he held off Kieran Tierney and, after neat work with Bernardo Silva and Kyle Walker, he delivered a perfect cross for Ilkay Gundogan to head home.

He then scored the third when he poked home Grealish's low cross from six yards' out, but after making the sort of out-to-in run that has made wide players such as Raheem Sterling and Riyad Mahrez valuable goal-scoring assets at the Etihad.

Jesus remains an attractive option through the middle, as Guardiola adores his high energy and high pressing of ball-playing centre-backs.

Of course, the issue of whether City desperately need a more orthodox No.9 was never going to be settled one way or another against a defence as fragile and open as Arsenal's.

But Ferran Torres, who is moving in the opposite direction to Jesus, switching from wide man to front man, once again revelled in a central role, scoring twice against the Gunners.

Tougher tests lie in wait, though.

Arsenal, it must be reiterated, were abysmal – though hardly helped by a 35th-minute red card for Granit Xhaka's two-footed tackle – and City seemed to almost take things easy on Guardiola's former assistant Mikel Arteta as they strolled through the second half.

There will be games when City will miss having a centre-forward but Arsenal at home wasn't one of them.

For now, it just seems that in Jesus they have found themselves another goalscoring winger.