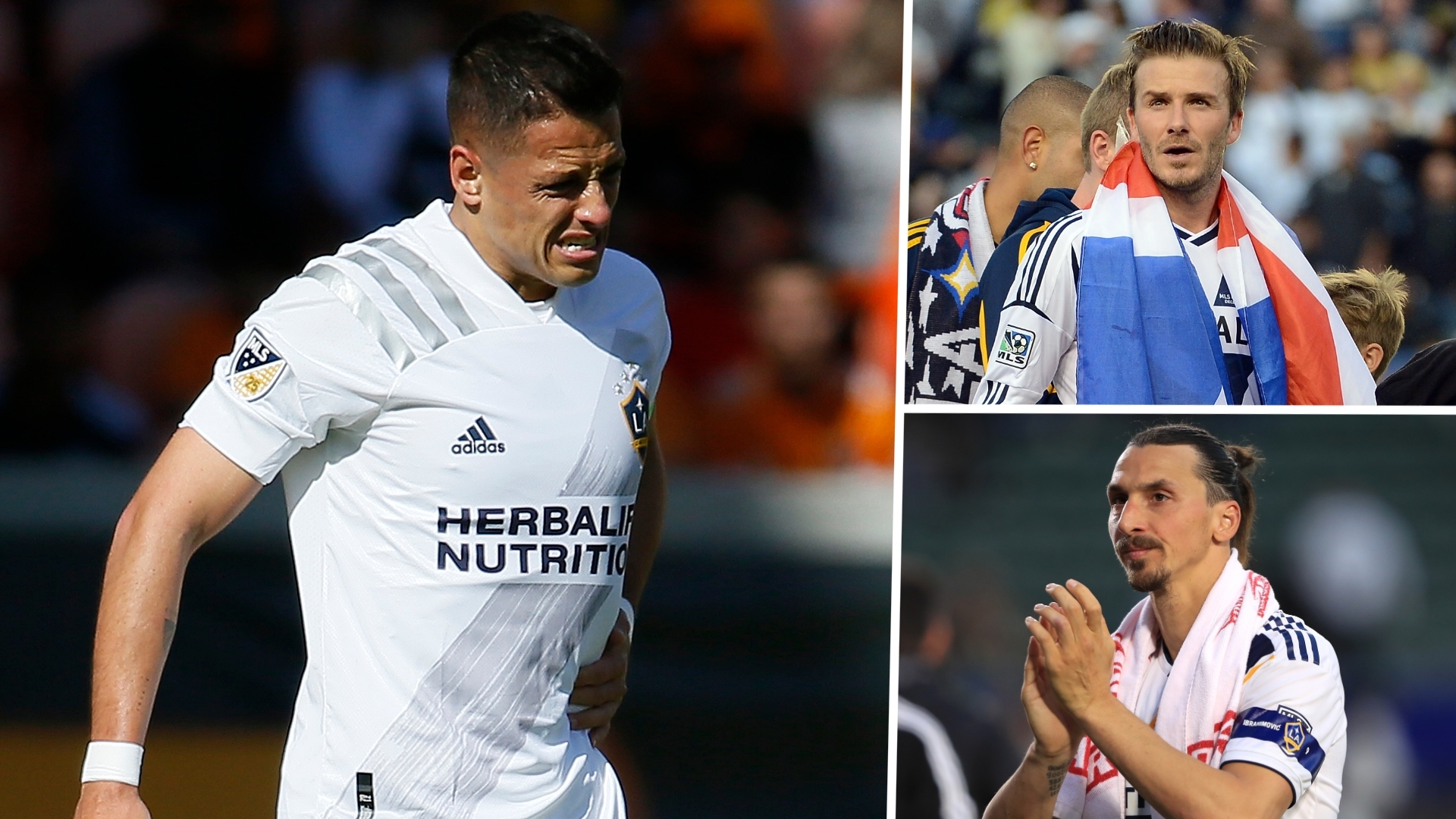 The Mexican star has flopped in his first MLS season, and the club currently sits last in the Western Conference ahead of a vital clash with LAFC

The moment that Javier 'Chicharito' Hernandez finally signed with the LA Galaxy, he was anointed, and rightfully so.

This signing was a big deal, one of the biggest in MLS history with the Mexican star brought in to follow in the footsteps of David Beckham, Landon Donovan, Robbie Keane and Zlatan Ibrahimovic.

While in LA, those players shined like the stars they were. They provided the big goals in those big moments, creating memories and legacies that will last for years. Beckham does have a statue outside of the stadium, after all.

Chicharito, meanwhile, has not provided those big goals or big moments. His signing, so far, has been a failure, with the Galaxy's most recent matches only showing just how low both the forward and his club have fallen.

And now the Galaxy face a turning point in their season. Currently at the bottom of the table, the Galaxy still have hopes of making the postseason ahead of their clash with rivals Los Angeles FC this weekend. We're not at must-win territory yet, but we're pretty close.

Yet, with questions regarding head coach Guillermo Barros Schelotto's future looming large, Chicharito's role in it all remains unclear.

After being taken out midway through the second half of a 4-0 beating at the hands of the rival San Jose Earthquakes, the former Manchester United star was left on the bench for the Galaxy's recent clash with the Vancouver Whitecaps.

Brought in this past winter to usher in a new era of Galaxy dominance, Chicharito was instead relegated to the bench in favor of Colombian Yony Gonzalez. The decision, Schelotto said, was tactical. And who could blame him?

“We decided to play with one central striker,” said Schelotto after the Galaxy topped the Whitecaps thanks to a last-gasp winner from rookie Kai Koreniuk.

“During trainings I saw Yony Gonzalez was doing well and I made the decision that Yony plays and Chicharito waits. There wasn’t any predetermined plan as to what time a sub was going to happen.

"I was going to allow myself to see and let each player grow into the game and then make a decision if we needed Javier or not. The injury accelerated the time he came into the game.

“The decisions one makes are always about more than what’s happening inside or outside the locker room,” Schelotto continued. “They have to do with doing the best for the team. And I thought it was best for the team that Yony Gonzalez plays and not Javier."

Schelotto may not have said it, but the message was loud and clear: Chicharito has not been good enough. He hasn't been the player we saw emerge at Manchester United, thrive at Real Madrid or dominate with Mexico. At least so far, he hasn't been a star. He's been a bust.

To his credit, though, it hasn't been completely his fault. It's October, and the Galaxy still has no idea how to utilize Chicharito when he is on the field. Hopeful crosses, a lack of ideas in attack and an isolated Chicharito are not a recipe for success.

And this Galaxy team is one that has been on a downward turn for years. Zlatan was able to paper over those cracks as only Zlatan can do, but Chicharito cannot, and those cracks have only gotten bigger and bigger.

This is a team that has missed on several big-name signings in recent seasons, like Gio dos Santos, Romain Alessandrini and, at least so far, Chicharito. This is a team that hasn't improved its defense in years, turning to veterans for short-term fixes rather than investing in a long-term solution. And, this is a team, that has been sliding further and further down the table.

Prior to the win over the Whitecaps, the Galaxy had lost six straight, with most coming in embarrassing fashion. Those results showed just how far this team has fallen. Losing in MLS is normal, as parity is still king in this league. Big losses happen sometimes, as even the best teams have stinkers.

However, this season, the Galaxy look like a helpless team, a group that still doesn't know what's wrong or how to truly fix it.

"Today is the worst frustration," Schelotto said after the Earthquakes loss. "Our mood was down the second half, a little different, but even then, I think it’s not good for me as a coach to see that.”

Added defender Daniel Steres: "I can't really say after tonight that anything looks promising. I didn't think we played well at all... We made them look extremely good tonight. And they were just picking us apart, so I don’t know, it was probably our doing more than anything – that’s just what it was.”

Chicharito is going nowhere, as Goal can confirm that the Galaxy have not given up hope despite interest from Chivas. It's up to the Galaxy to figure out how to get the best out of him.

He was brought in to be the club's star, a player to produce on and off the field. With that off-the-field stuff mostly on hold due to the pandemic, there's a bigger spotlight on his on-field performance. He, and the rest of the Galaxy, have shrunk under that spotlight.

And now, the club's fans are fed up. Following the Earthquakes' beatdown, the Victoria Block, a collection of several top supporters' groups, published an open letter to management. In that letter, they demanded change.

"We have patiently waited for this team to show us what they are made of, that they can gel together and play at the caliber the LA Galaxy has always played at, but the process has not equated to anything near what this fanbase deserves," the letter said.

"We understand that we're are going to have bad seasons. But this is beyond that. The leadership and direction that this organization has taken with the current team is shocking."

Still, it may not even be too late to salvage this season. Despite collecting just 18 points from 17 games, the Galaxy are just three points from a playoff place with two games in hand.

Thanks to the format of this coronavirus-shortened season, this campaign, as bad as it has been, is not over yet, even if the Galaxy currently sit last in the Western Conference.

Hollywood is built on the idea of promise, of hope, and, as Steres said, there's little of that to be found right now. Fortunes change quickly, especially in this league, but Chicharito and the Galaxy have offered little reason to believe in a season that has gone about as poorly as anyone could have imagined.