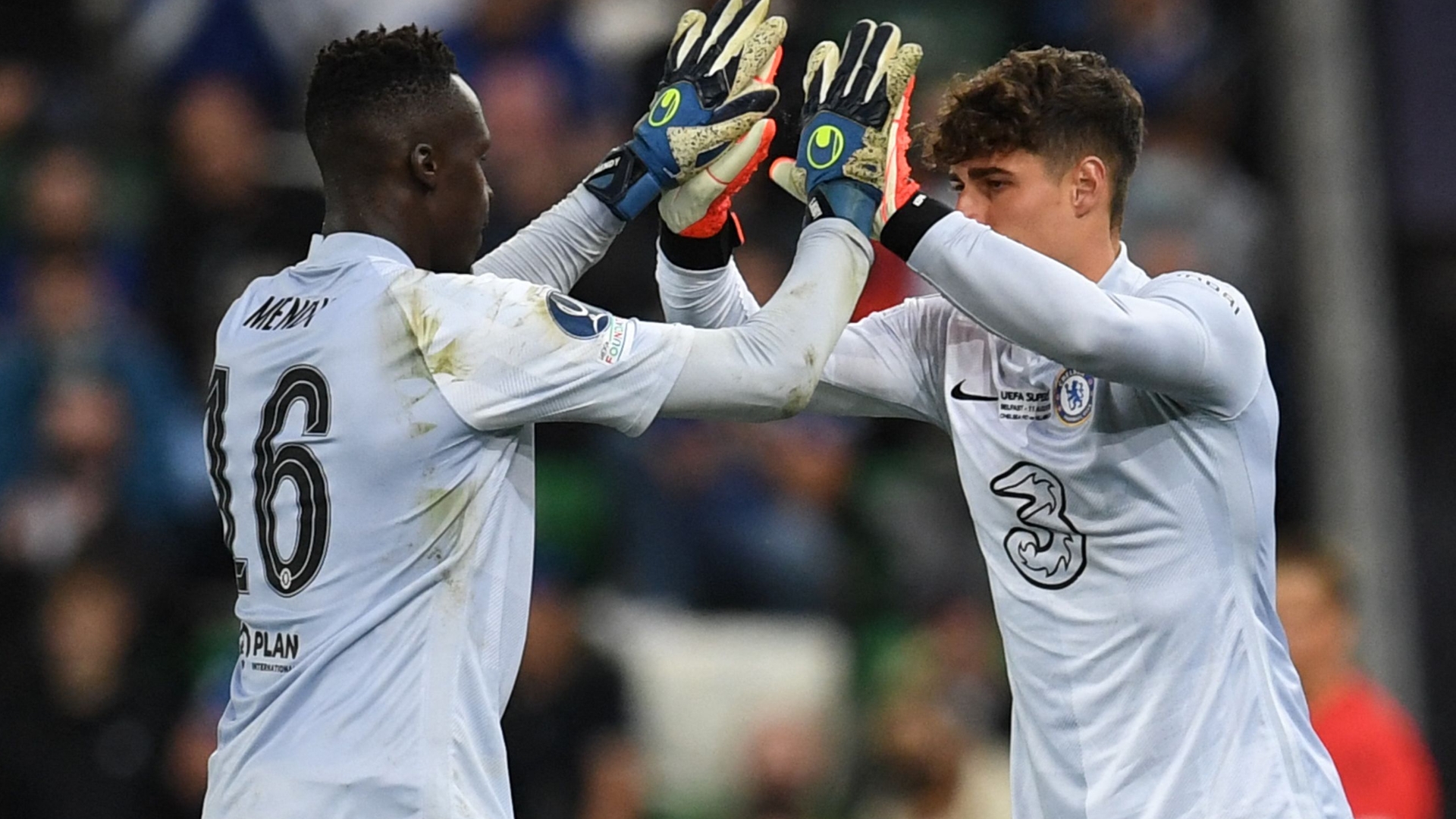 Chelsea manager Thomas Tuchel said Edouard Mendy was happy to stand down in favour of Kepa Arrizabalaga, who came off the bench to help Chelsea win the UEFA Super Cup in a penalty shootout victory over Villarreal.

With Wednesday's match tied 1-1 in the 119th minute, Kepa was subbed on to play in goal during the shootout.

Tuchel's decision proved to be a wise one, as the Spanish goalkeeper saved two penalties – including the decisive stop from Raul Albiol – to help Chelsea bring home early-season silverware.

"It was not spontaneous," Tuchel told BT Sport after the game of his decision to use Kepa. "We talked about it with the goalkeepers after the first cup game against Barnsley [in the FA Cup last season]. We had some statistics. We were well prepared.

"Kepa has the best percentage at saving penalties, the analysing guys and goalkeeping coaches showed me the data. We spoke to the players that this could happen when we play in knockout games. It's fantastic how Edouard accepted it.

"There is proof that Kepa is better in this discipline. They're team players. Edouard does not show the pride to not step off the field. He was happy to do it for the team and take this for the team."

Both goalkeepers also spoke about the move, with Mendy saying that winning trophies is a team effort that sometimes even requires two goalkeepers.

"I'm happy because we won," Mendy said. "I knew since last year that if Kepa came on the pitch he would help the team. It's a team effort. We play for Chelsea and for success. We did this today together."

Kepa added: "It's not a typical situation but we arrived to penalties after Edouard did a fantastic job. Finally we won and we are so happy. I was ready because I knew this could happen. I tried to be ready mentally and physically."

What's next for Chelsea?

The Blues will be back in action on Saturday as they face Crystal Palace in their Premier League opener.

Tuchel admitted that going to extra time and penalties just days before kicking off his side's league campaign is not ideal from a physical standpoint.

"Mentally it's a good one. Physically it's the worst thing that could happen," the manager said. "Victory and a trophy helps us regenerate."