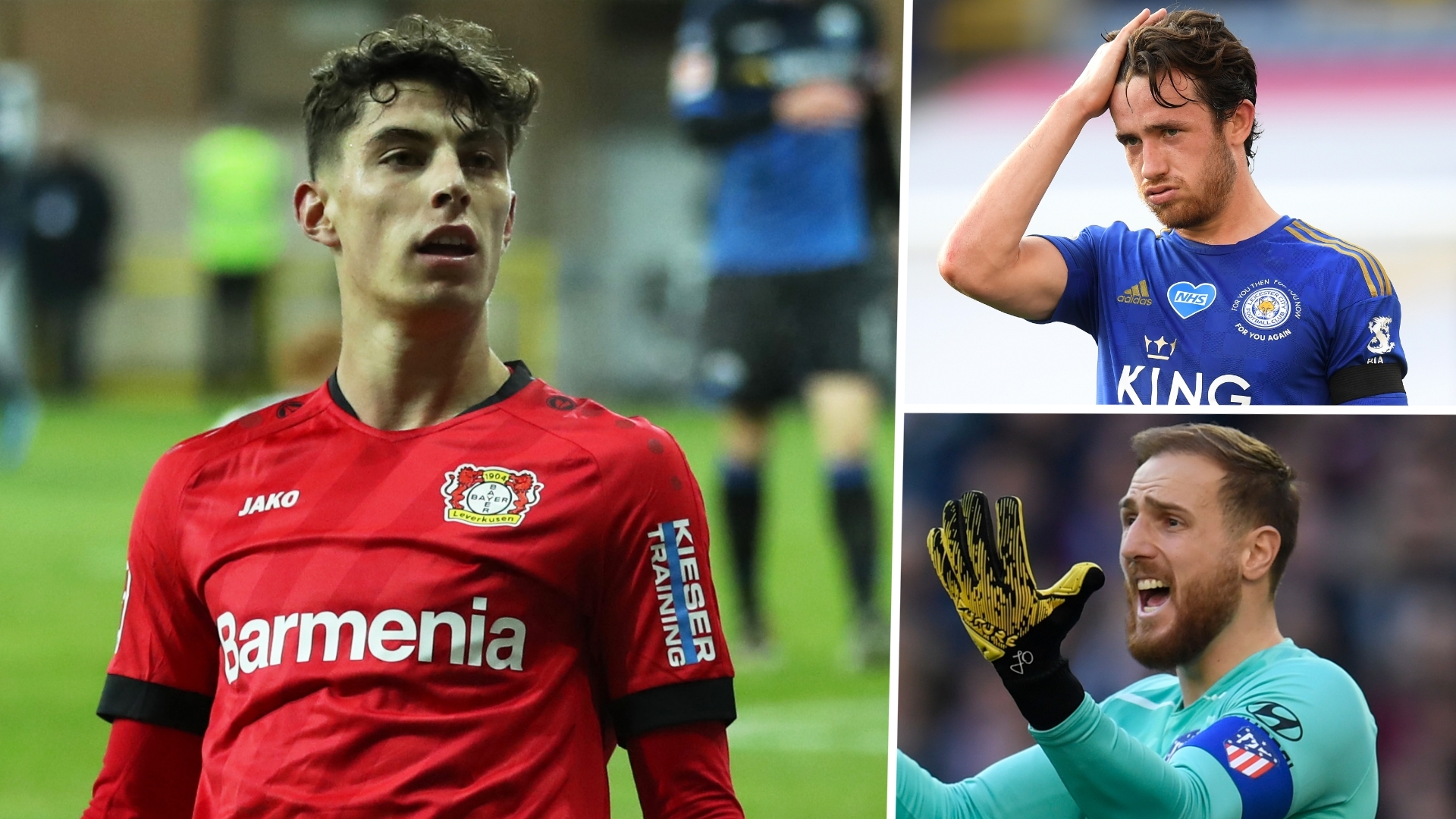 Chelsea have already made a huge impact on this summer's transfer window after completing the signings of RB Leipzig forward Timo Werner and Ajax winger Hakim Ziyech for a combined fee of £84 million ($105m).

They are not finished yet, however, with Frank Lampard keen to close the gap between the Blues and the likes of Liverpool and Manchester City at the top of the Premier League.

The former England midfielder is overseeing his first proper summer window at Stamford Bridge following the club's transfer ban that stopped them from signing players ahead of the 2019-20 campaign.

Roman Abramovich has assured Lampard that he will be backed as much as other managers in the transfer market, with the signs already there that the Russian billionaire is being true to his word.

But who else do the Blues want to bring in? And who could leave to make room for them?

Chelsea are currently in active talks with Bayer Leverkusen forward Kai Havertz over a move that could cost around £70m ($87m), with the Blues confident that a deal can be done having secured Champions League football for next season.

Havertz, 21, wants to make the transfer and is pushing for an exit from the Bundesliga club.

Bayern Munich and Real Madrid have previously shown an interest in the Germany international, but have stepped aside because they do not have sufficient funds to complete the deal this summer.

Furthermore, the Blues are known admirers of Brentford winger Said Benrahma, who is said to be valued at around £30m ($39m). However, they are increasingly considering prioritising defenders due to their struggles at the back this season.

Leicester City's Ben Chilwell has long been a priority target at left-back, but talks have not progressed as Brendan Rodgers' side are unwilling to sell one of their prized assets.

The Foxes took a similar stance when Manchester United pushed to sign Harry Maguire last summer, though he eventually left for Old Trafford in an £80m ($97m) deal. Similarly, Chilwell would cost a huge amount of money, and Leicester are not willing to discuss receiving money in instalments, preferring the money upfront.

This has made Chelsea reluctant to do a deal, and in turn may see them move onto considering Ajax's Nicolas Tagliafico, although no contact has been made for the left-back who is valued at €26m (£24m/$30m) by the Dutch giants.

Furthermore, the Blues are considering signing a new centre-back, but have found West Ham reluctant sellers in their pursuit of top target, Declan Rice. It remains unclear whether Chelsea will consider other options as they work out what to do with their current defenders.

Kepa Arrizabalaga's poor form this season means that he could exit the club, with the Blues retaining an interest in Atletico Madrid's Jan Oblak, though the Spanish giants will not let the Slovenia international leave for anything less than his €120m ((£110m/$137.5m) release clause.

Ajax goalkeeper Andre Onana is understood to be keen on a move to London, though Chelsea could still hold onto Kepa and give the world-record signing one more chance to impress.

The future of Kepa will likely dominate the early weeks of the summer window for Chelsea after the Spain international was dropped by Lampard for the crucial victory over Wolves on the final day of the Premier League season.

Valencia have shown an interest in bringing the former Athletic Club shot-stopper back to La Liga if the Blues can find a replacement.

Elsewhere, the most high-profile player who Chelsea could sell this summer is Jorginho, who could again reunite with Maurizio Sarri at Juventus.

The Italian champions, however, are reluctant to pay the full £57m ($73m) that the Blues would want for the Italy international and would prefer a swap or loan arrangement.

Chelsea's desire to sign a left-back means they are ready to offload either Emerson Palmieri or Marcos Alonso.

Alonso being older and on a higher wage means there are fewer viable offers for his services while Inter are pushing hardest to sign £24m-rated Emerson. Juventus and Napoli are also monitoring the situation around the Italy international defender.

The Blues are also ready to sell Michy Batshuayi, with the Belgian forward having hardly featured for the club this season and now in the final year of his contract in west London.

Willian is also set to leave with his contract up, though Chelsea have offered him a two-year deal to remain in west London. The Brazil winger would prefer a three-year deal and has Arsenal waiting in the wings to try and sign him on a free transfer.

Pedro, meanwhile, has already agreed to join Roma following the expiry of his deal at Stamford Bridge.

How Chelsea could line up after the transfer window

Lampard will likely see his forward line transformed next season in what could make Chelsea one of the most dangerous attacking outfits in Europe.

There are a number of options in terms of fitting Werner into the team, with the Germany forward having played both centrally and out wide in his career thus far.

The form of Christian Pulisic and arrival of Ziyech may mean Havertz starts life in midfield rather than further forward, though again the options available to Lampard mean he will be able to be flexible with his formations.

There are likely still to be question marks at the back, particularly if a new centre-back is not brought in and Kepa remains in goal.