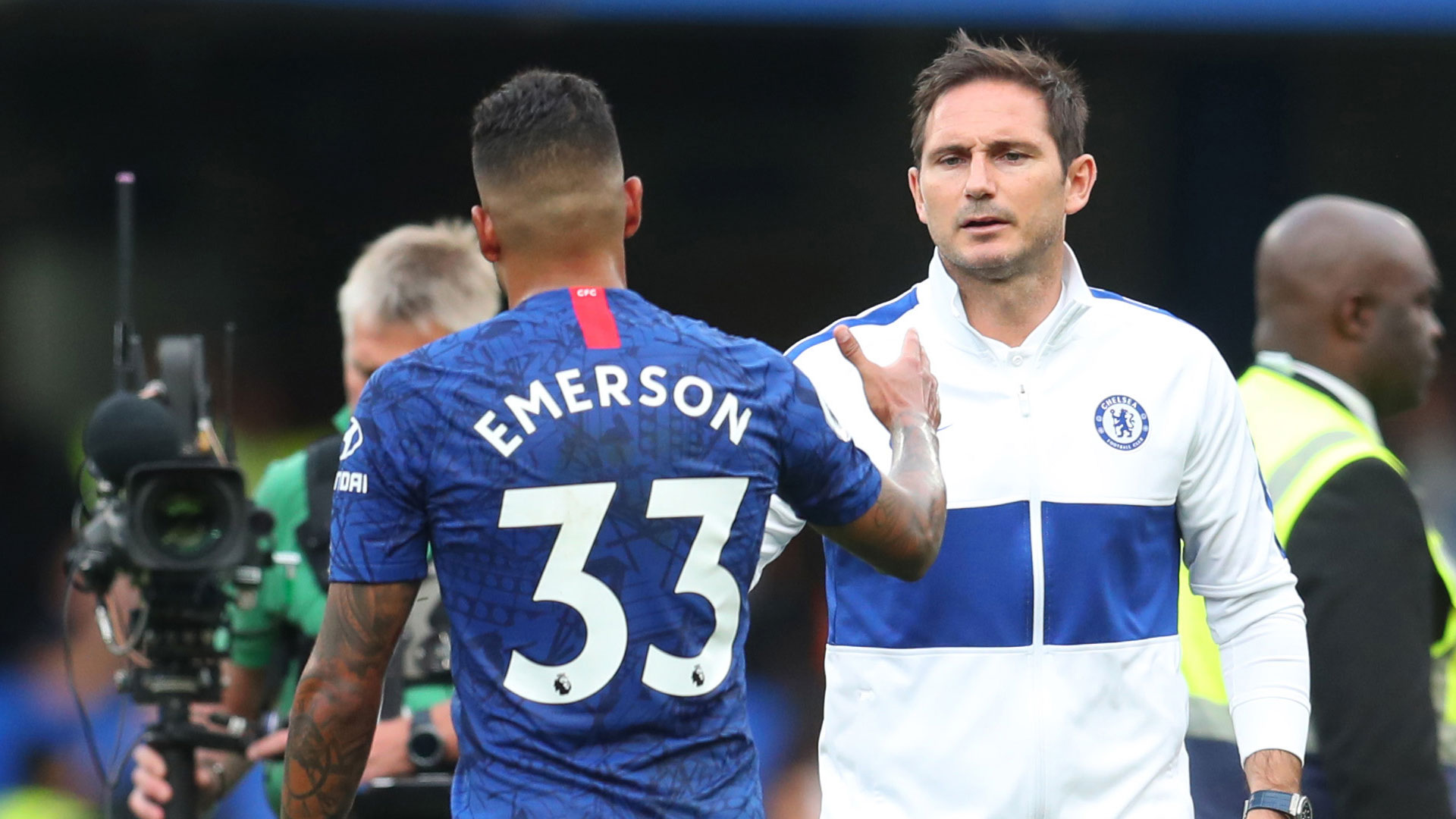 Chelsea want £26 million ($34m) for left-back Emerson Palmieri, who is surplus to requirements and interesting clubs such as Serie A giants Inter.

The 26-year-old is ready to leave Stamford Bridge having failed to convince Frank Lampard of his long-term worth, with Marcos Alonso set to battle impending new signing Ben Chilwell for a starting spot.

With Chilwell set to arrive this week in a £50m ($65m) deal from Leicester, the Blues are looking to raise funds and had instructed Emerson to begin looking for a move three weeks ago.

There will likely be room for negotiation for clubs like Inter, who have registered an interest to drive down the fee to around £22m ($28m).

Along with Inter, where coach Antonio Conte's future is uncertain, other destinations are being explored, with Juventus and Napoli having registered an interest in the past.

The Blues have offered Thiago Silva and Malang Sarr deals to join their backline on free transfers after they left Ligue 1 sides Paris Saint-Germain and Nice, respectively.

This is on top of a club-record move for Bayer Leverkusen's Kai Havertz, which will likely end up costing £90m ($118m) when performance-related add-ons are taken into account.

That overall spend of £220m ($280m), along with a large squad, will lead club director Marina Granovskaia to attempt a round of player sales.

AC Milan technical director Paolo Maldini has publicly expressed an interest in Tiemoue Bakayoko who the club have previously had on loan.

The midfielder is keen to move, with Milan having made an offer to sign him on a temporary deal with an option to buy at £30m ($39m).

However, the Blues are keen to sell their failed £40m ($52m) signing from Monaco permanently with less than two years to run on his current contract. The counter-offer is to see him join with an obligation to buy at around £20m ($26m).

Michy Batshuayi is expected to leave, with Leeds United having been offered the striker who played under Marcelo Bielsa at Marseille. The signings of Timo Werner and Hakim Ziyech in attack for a combined £91m ($114m) signalled the end for Batshuayi at Chelsea, while he has also been left out of the Belgium squad.

Chelsea could also look to sell a centre-back and their goalkeeper Kepa Arrizabalaga as player sales could fund a move for a new number one. However, no club has found a move for Kepa viable due to his high salary following his £72m ($95m) move from Athletic Club in 2018.