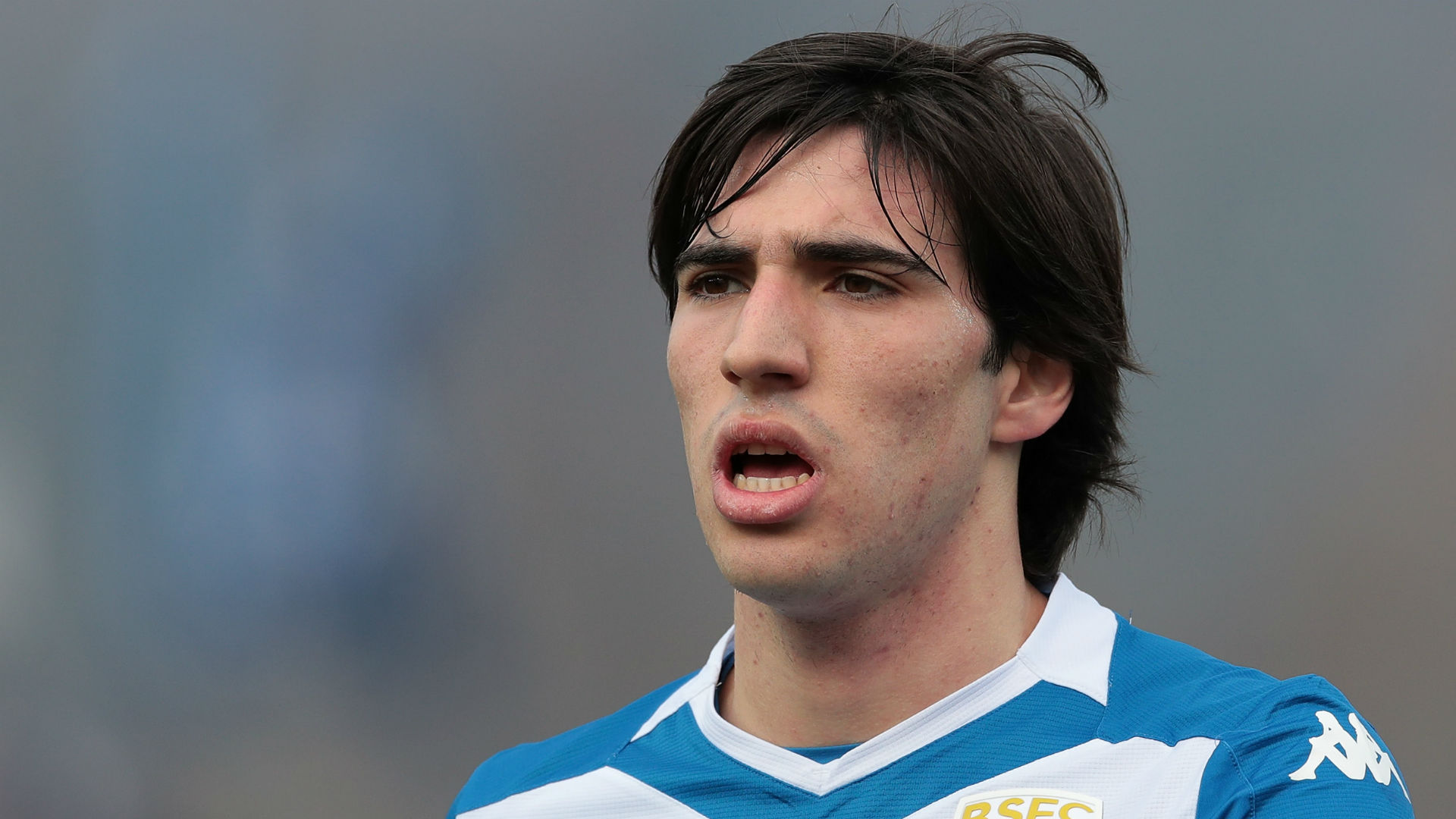 The Italian midfielder is on the verge of completing a long-awaited move to San Siro, after three impressive years at Mario Rigamonti Stadium

Brescia star Sandro Tonali has arrived in Milan to undergo a medical ahead of an initial loan move.

The final deal could end up being worth a total of €35m (£32m/$41m) including add-ons, with the 20-year-old set to be unveiled at San Siro after completing a medical evaluation on Wednesday.

Tonali has asked Rossoneri legend Gennaro Gattuso, who currently serves as Napoli's head coach, for his permission to wear the club's famous No.8 shirt, having grown up idolising the ex-Italy international.

The Brescia playmaker dropped a clear hint over his impending move to Milan on social media earlier this week, posting a picture of himself as a child wearing one of the club's old jerseys with the caption: "Blame the fairytales."

Inter and Roma have been heavily linked with a move for Tonali alongside their Serie A rivals in recent months, while Barcelona and Manchester United have also been credited with an interest in his services.

However, the Italy Under-21 international has opted to continue his development at San Siro, with Stefano Pioli's men being tipped to fight for a place in the Champions League after an impressive finish to the 2019-20 season.

Tonali has racked up 89 appearances across all competitions for Brescia since graduating to their senior squad back in 2017, scoring six goals and laying on 16 assists.

The midfielder was powerless to prevent the club from dropping into Serie B last term though, with the team ultimately finishing down in 19th after amassing a total of just 25 points from their 38 fixtures.

Milan enjoyed a far more productive campaign, and picked up more points than any other side post lockdown to secure a Europa League spot.

Tonali will become the Rossoneri's fifth new signing of the summer, with Alexis Saelemaekers, Simon Kjaer and Pierre Kalulu having already joined the club on permanent deals, and Brahim Diaz arriving on loan from Real Madrid.