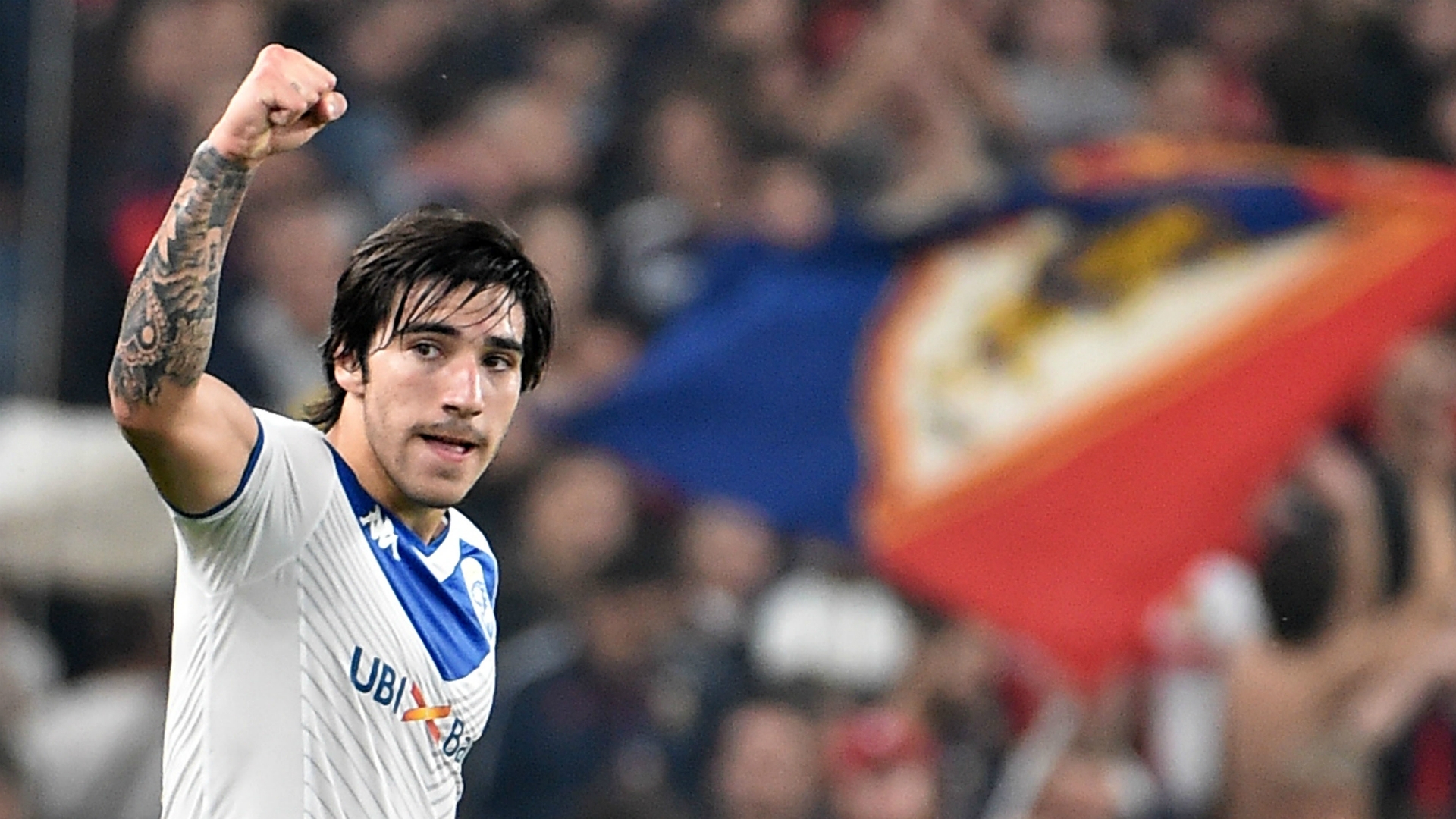 The Italian talent uploaded a picture of himself as a child, wearing a Rossoneri shirt via Instagram, ahead of his proposed move to San Siro

Brescia and Italy sensation Sandro Tonali appeared to confirm his transfer to Serie A giants AC Milan via social media.

Tonali is reportedly set to undergo his Milan medical on Wednesday ahead of his €35 million (£32m/$41m) switch from Brescia.

The 20-year-old midfielder, compared to Italian great Andrea Pirlo, had been tipped to join city rivals Inter following his exploits for Brescia.

But Tonali - a Milan fan as a child - seemingly announced his move to the Rossoneri before any official announcement.

Tonali uploaded a picture of himself as a child to his Instagram stories, wearing an AC Milan shirt via Instagram, with the caption: "Blame the fairytales".

A technically gifted midfielder renowned for his dribbling and passing abilities, Tonali scored once and registered seven assists for Brescia as they were relegated from Serie A in 2019-20.

Tonali – who ignored offers from Barcelona and Manchester United – had played a key role in Brescia's promotion to Italy's top tier in 2018-19.

Brescia chief Massimo Cellino confirmed on Sunday that Tonali wanted to join AC Milan, however he preferred the talented midfielder to move to Roma because of his personal connection with the capital club.

Speaking to Il Messaggero, Cellino said: "Sandro has supported Milan since he was a child.

"The negotiation with them made me doubly happy – I also respect a club that gives value to money.

"[Milan technical director, Paolo] Maldini has Milan DNA and has all the prerequisites for becoming a great manager.

"I would have seen Sandro more at Roma. It's a beautiful team, a hot city. [Roma vice-president, Mauro] Baldissoni told me some time ago that he was their dream, but now I don't know who is in charge of their transfers.

"I had an excellent relationship with [former president, Franco] Sensi and I know [former director of football, Walter] Sabatini very well.

"I feel very attached to Roma. For this reason, when I sold Cagliari, I had the dream of buying Roma and rehabilitating it, enhancing its potential through my work and my experience. It remained just a dream."