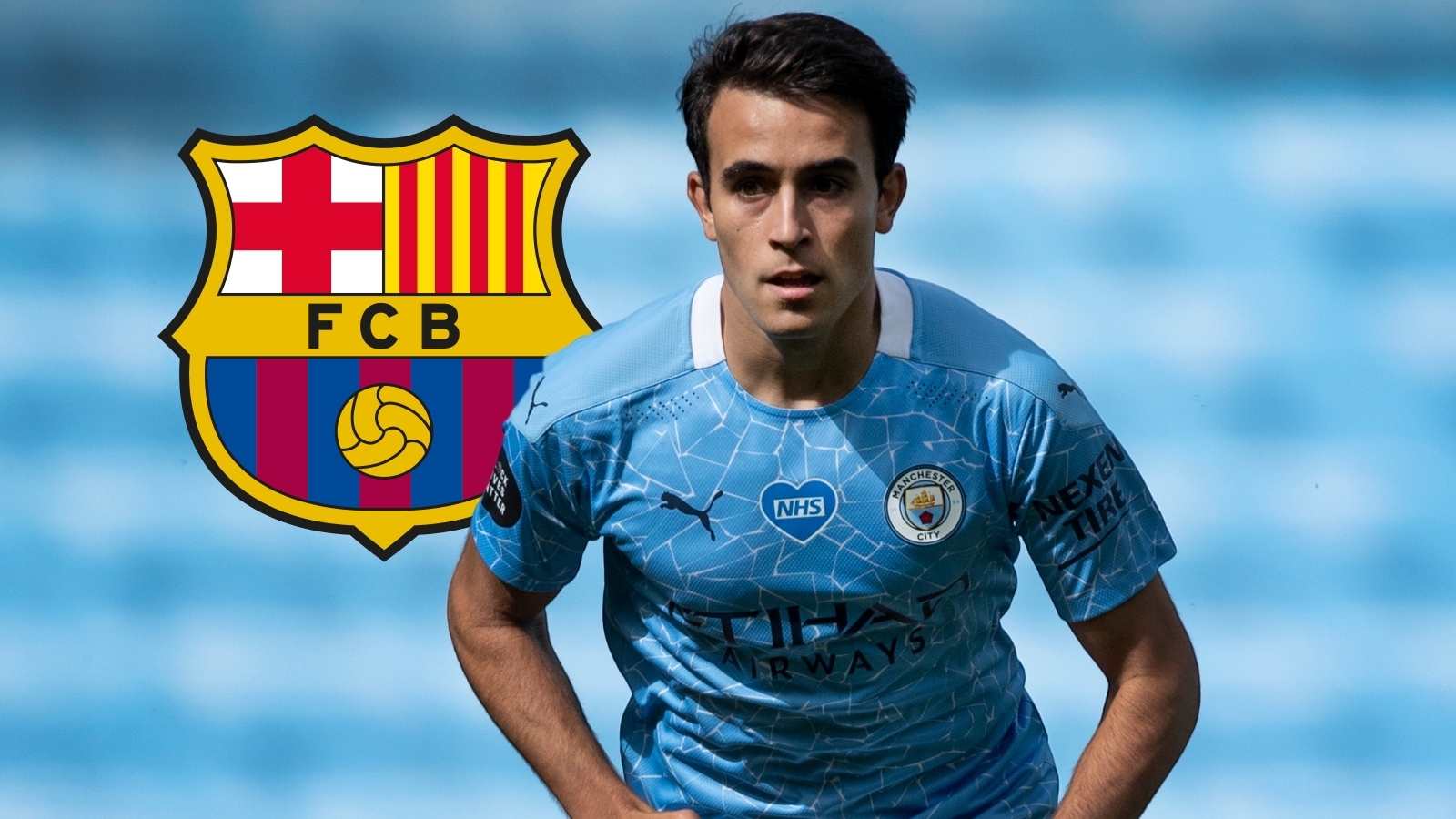 Barcelona are set to make a €15 million (£14m/$18m) bid for Eric Garcia in the coming days after the defender turned down a contract extension with Manchester City.

The Catalan giants have made the 19-year-old their top target with his contract at the Etihad Stadium moving into its final year.

Ahead of City's Champions League last-16 second leg with Real Madrid on Friday, Pep Guardiola revealed that Garcia had rejected a new deal. Barca will now step up their move for the Spain Under-21 international after he made it clear that he wants to leave.

However, the Liga runners-up will wait until after their Champions League last-16 clash with Napoli on Saturday before making their move.

City are understood to value Garcia at around €35m (£32m/$42m) and are prepared to let him see out the final 12 months of his contract unless they receive a suitable offer.

He is seen as a similar age and profile to new City signing Ferran Torres, who joined form Valencia in a package that could reach €36m (£33m/$43m) if all add-ons are matched.

Garcia left Barca's La Masia academy three years ago and has since broken into the first team at City but his former club see him as the long-term successor to Gerard Pique.

He is now the club's number one target in the transfer window with a move for Inter forward Lautaro Martinez set to be put on hold for 12 months with Luis Suarez in the final year of his contract at Camp Nou.

The loss of Garcia would be a major blow for City, with the defender seen as having a big future there, and the club had been confident that he would agree a new deal earlier in the summer.

Director of football Txiki Begiristain was set to sit down with the player's representatives to discuss a new deal before the Covid-19 outbreak while, in July, Guardiola said that he was confident that Garcia would sign a new long-term deal.

A boyhood Barca fan, Garcia was understood to be considering his future because of uncertainty over Guardiola's future at the club. The City boss is currently in the final 12 months of his contract at the Etihad and has so far refused to say whether he will commit to another extension.

City have been short of defensive options since former captain Vincent Kompany left at the end of his contract last year and Garcia has established himself as a regular in Guardiola's line-up since Project Restart, featuring in the Premier League clash with Liverpool and FA Cup semi-final against Arsenal.

City have already acted to address their defensive problems for next season by bringing in Bournemouth defender Nathan Ake in a deal worth an initial £40m ($53m).

He is not expected to be the only defensive acquisition, with the club also looking at Napoli’s Kalidou Koulibaly and Sevilla’s Diego Carlos as they try to close the gap on Liverpool having failed to mount a Premier League title challenge in 2019-20.