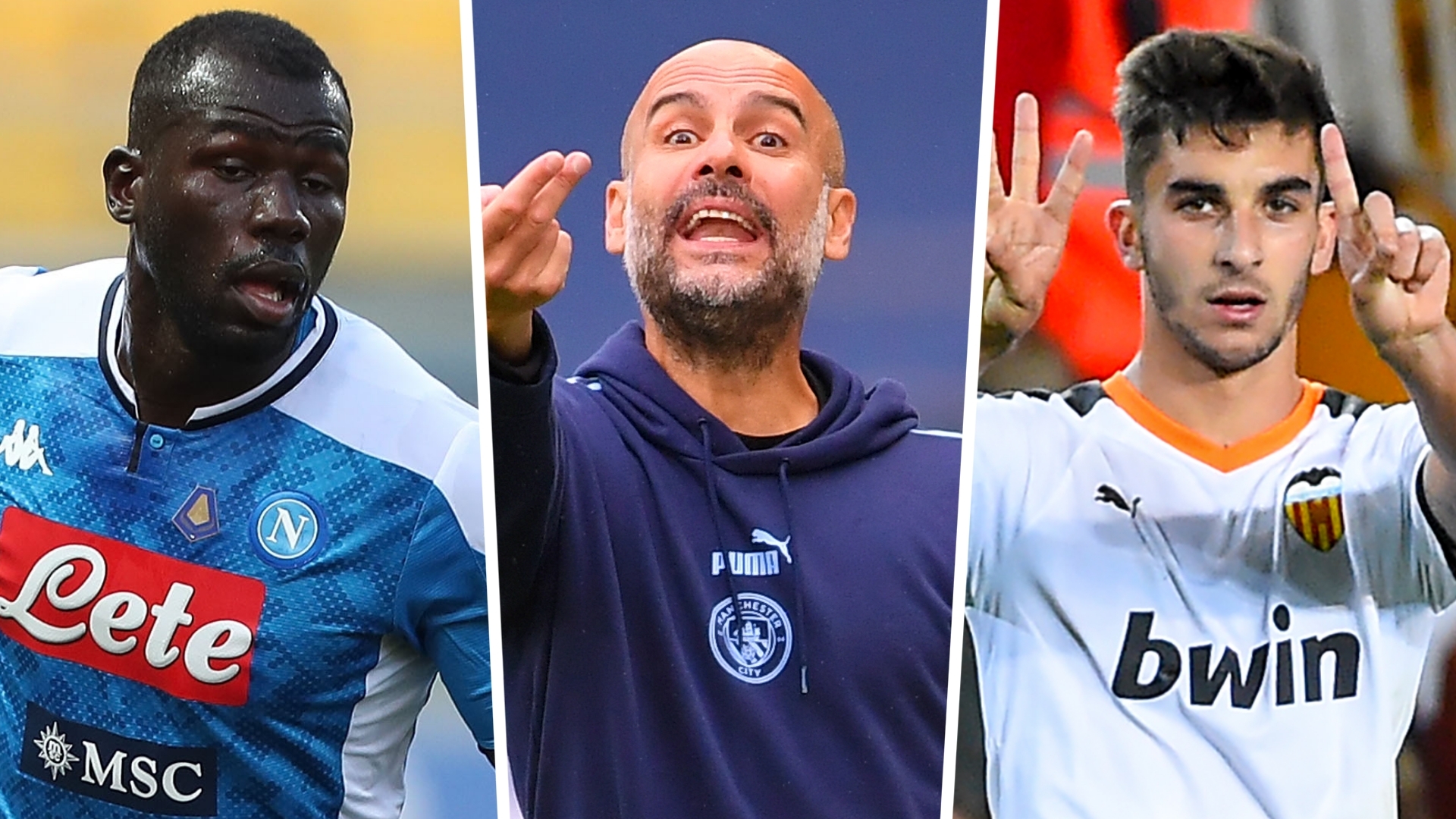 Pep Guardiola knows that he needs to refresh his Manchester City squad if they are to catch Liverpool in the Premier League.

A disappointing season when the City boss essentially gave up hope of a third successive league title as far back as in January has shown that his team is in need of a reboot.

Transfer business has been put on hold while the impact of the Covid-19 outbreak on football finances was assessed as well as the outcome of their appeal to the Court of Arbitration for Sport (CAS) over UEFA's decision to hand City a two-year ban from the Champions League.

Fees could still be affected by the uncertainty surrounding the ongoing coronavirus pandemic, but a successful CAS appeal has made any potential business much more straightforward.

While City always maintained they would be successful in having their European ban overturned, potential targets will have been waiting to see the outcome before committing themselves to possible moves.

Similarly, current players may have considered their options had the decision gone the other way.

Now, though, Guardiola can look to rebuild for his fifth season at the Etihad Stadium, and will strengthen his squad not just for a Premier League but also with an eye on the Champions League and ensuring he has the required depth to maintain their recent strong performances in domestic cup competitions.

Talking about transfers this month, the ex-Barcelona boss said: “If you bring in eight or nine players, which is impossible, you change a lot, the mentality or the freshness or the way you want to play.

City's defensive problems have been clear for the past 12 months, with their failure to replace Vincent Kompany when the Belgian left at the end of last season proving to be a mistake.

After refusing to match Manchester United's £80 million ($97m) outlay on England international Harry Maguire, they decided against pursuing an alternative.

That decision proved costly when Aymeric Laporte missed five months of the season with a serious knee injury, while the form of John Stones and Nicolas Otamendi has dipped considerably.

With nine league defeats to their name - a higher total for a season than any other in Guardiola's managerial career - the defence will see an overhaul, with potentially two centre-backs set to be signed this summer.

The City boss wants a senior defender to come straight into his team, and Napoli's Kalidou Koulibaly is a player that would fit the criteria.

But if they cannot close a deal for the Senegal international, who could cost around £70m ($90m), City do have back-up options, with Sevilla's Diego Carlos and Inter's Milan Skriniar having been watched as potential alternatives.

The club is also looking for a strong alternative to challenge any senior pairing. Bournemouth's Nathan Ake has been scouted by the club, and the Netherlands international has the advantage of being homegrown, able to play in a back-three and provide cover at left-back.

City are also in the market for a new forward after winger Leroy Sane left for Bayern Munich in a deal worth up to €60m (£55m/$67m).

Valencia winger Ferran Torres is a player that has been identified as a possible replacement, with the Spain Under-21 international having agreed to terms on a five-year contract at the Etihad Stadium.

Real Madrid, Atletico Madrid, Borussia Dortmund and Manchester United were also interested in the 20-year-old, but the possibility of working with Guardiola has swayed his decision, with City to pay between £27m ($35m) and £36m ($47m) to complete the deal.

Another forward who can play as a second striker could also be on the shopping list, with Sergio Aguero's contract ticking over into its final 12 months.

Leroy Sane has already left for Bayern, and David Silva will follow him out of the Etihad in the coming weeks, with the former Spain international out of contract at the end of the season.

Both will be difficult to replace after making such a significant impact during two title-winning campaigns under Guardiola, but the emergence and versatility of Phil Foden will at least soften the blow.

Goalkeeper Claudio Bravo is also out of contract and will leave the club with potential number twos - Zack Steffen or Aro Muric - already at the club.

The arrival of new centre-backs is set to cast doubts over the futures of John Stones and Nicolas Otamendi, with Guardiola saying he will discuss their futures at the end of the season.

Joao Cancelo's future also looked under threat in recent months, but the City boss says he has been impressed with his attitude since returning from lockdown.

A number of loan players are unlikely to return. Jack Harrison is set to extend his loan deal with Leeds United for another year following their promotion to the Premier League while Spanish youngster Angelino could move to RB Leipzig in a permanent basis.

English youngsters Patrick Roberts and Tosin Adarabioyo could also be looking for new clubs, with their City deals running down following spells on loan in the Championship.

How Man City could line up after the transfer window

Despite rejuvenating the squad, the core of Guardiola's strongest XI will remain the same heading into 2020-21.

A strong core is already there with Ederson, Aymeric Laporte, Kevin De Bruyne, Raheem Sterling, and Sergio Aguero forming the spine of the team.

Academy graduate Foden has shown he is ready to play a bigger role next term and will step up his playing time considerably.

Other players such as Benjamin Mendy, Bernardo Silva and Riyad Mahrez will face stronger competition to show they are part of Guardiola's best side after a mixed 12 months.