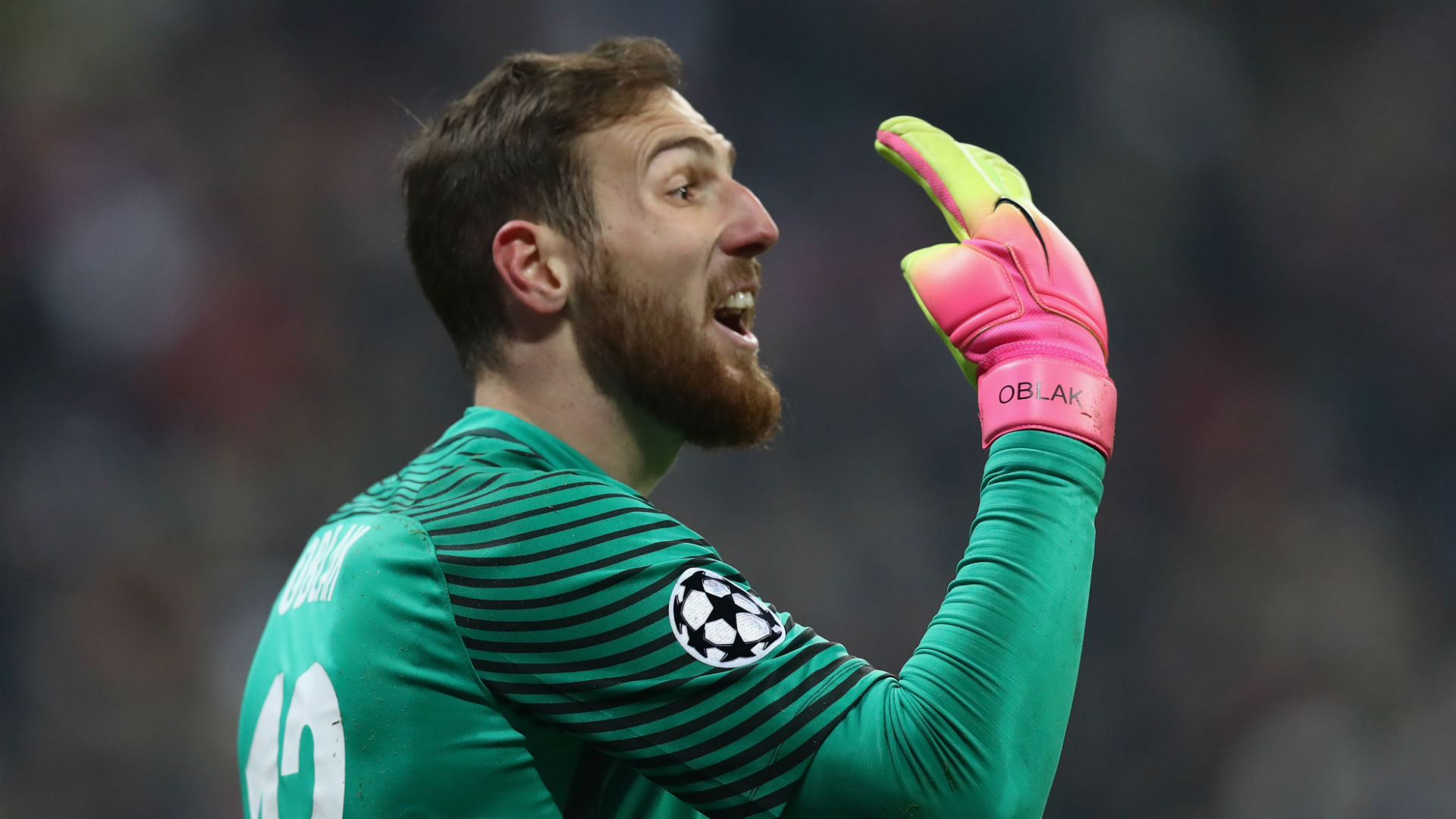 The Slovenian's consistently excellent performances have won him a lot of admirers, with some of the world's biggest clubs interested in his signature

Atletico Madrid goalkeeper Jan Oblak has admitted he is uncertain over his future at the Liga club as he receives interest from some of Europe's biggest sides.

Oblak has established himself as one of the finest shot-stoppers in the Spanish top flight since arriving in Madrid in 2014 from Benfica.

The Slovenia international is competing with Marc-Andre ter Stegen to win the Zamora Trophy for a third straight season in 2017-18, the title given to the keeper that concedes fewest goals over the course of the season.

That consistent form has seen his name linked with the likes of Arsenal, Liverpool, Real Madrid and Paris Saint-Germain, and he affirmed that he was yet to sign a new Atleti deal.

“It’s not easy to talk about what’s going to happen tomorrow never mind what will happen next season, but I am calm and the situation depends on Atletico – nobody knows the future.

“There’s nothing new, there have been a lot of things said and written about a new contract but the only confirmed situation is that there is nothing new.

“I have a contract that I signed two years ago, but now I must wait to see what Atleti’s plan is.”