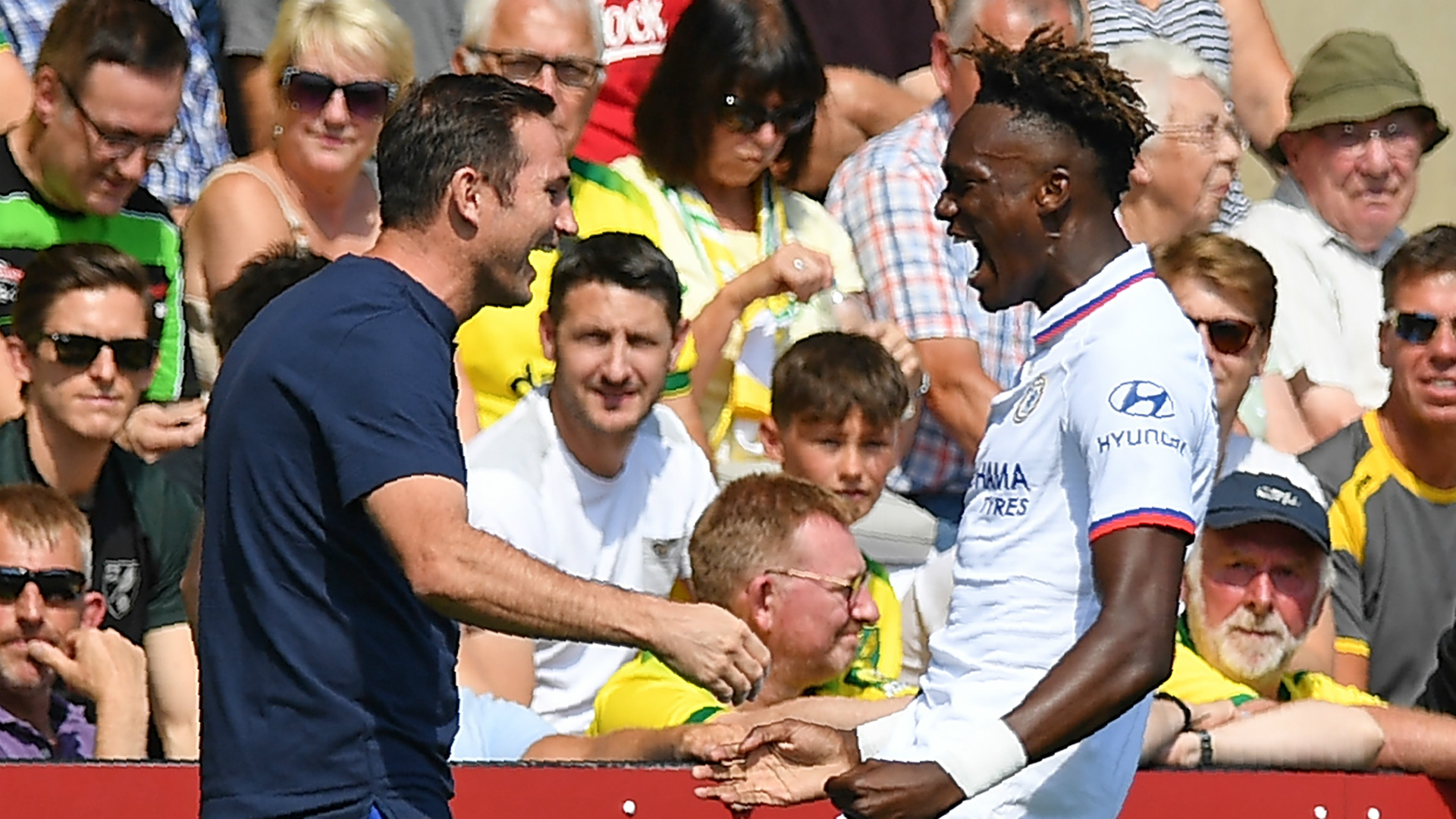 Tammy Abraham has earned his stripes as Chelsea's first-choice forward in "the short-term" and defied his critics in the process, according to Frank Lampard.

The 22-year-old spent the 2018-19 season on loan at Aston Villa and played a key role in their promotion bid, netting 26 goals in 40 Championship appearances.

Upon his return to Stamford Bridge this summer, Abraham was greeted by club legend Lampard, who succeeded Maurizio Sarri in the hot seat after a successful first foray into management at Derby.

Lampard placed his faith in Abraham as Chelsea's central striker and he has quickly emerged as one of the Premier League's deadliest marksmen.

He has netted eight goals for the Blues in eight Premier League matches, forcing his way into the starting XI ahead of the likes of Olivier Giroud and Michy Batshuayi.

Lampard paid tribute to Abraham in the wake of his latest goalscoring contribution in a 4-1 win at Southampton on Sunday, insisting he has made a role through the middle "his own" in recent weeks.

"You talk about when people are in good form, things happen for them or they generally have moments," the Blues boss told a post-match press conference on Sunday.

"For me, that comes from how Tammy has handled himself all season from the early moments of pre-season and the start of the season when people were questioning him in different ways.

"It's the work ethic behind the scenes that gets him in such good nick. He's not just an incredible handful for defenders - he's running them, he's holding the ball up, he's controlling it, he's got good feet - he's also getting his goals, which is brilliant for him.

"I trusted in Tammy at the start of the season. I felt it was his time to come back to Chelsea. I know people will talk about the circumstances [of the transfer ban], but he also has Olivier Giroud, who's a World Cup winner, and also [Michy] Batshuayi who's a top-class Premier League striker in my opinion as well.

"He's made the position his own in the short-term now. He has to keep that going because competition is key and over the course of the season we'll need everybody.

Abraham was called up to the England squad for the first time in two years last week, ahead of upcoming Euro 2020 qualifiers against the Czech Republic and Bulgaria.

The Chelsea ace was substituted late on against the Saints after suffering a knock, but Lampard went on to allay any fears over his fitness heading into the international break.

"He's fine," he said. "He took a bang on the back of the knee, but I think he wanted a round of applause."

The Blues will resume their Premier League campaign at home to Newcastle on October 19, before taking in a trip to Ajax in the Champions League four days later.