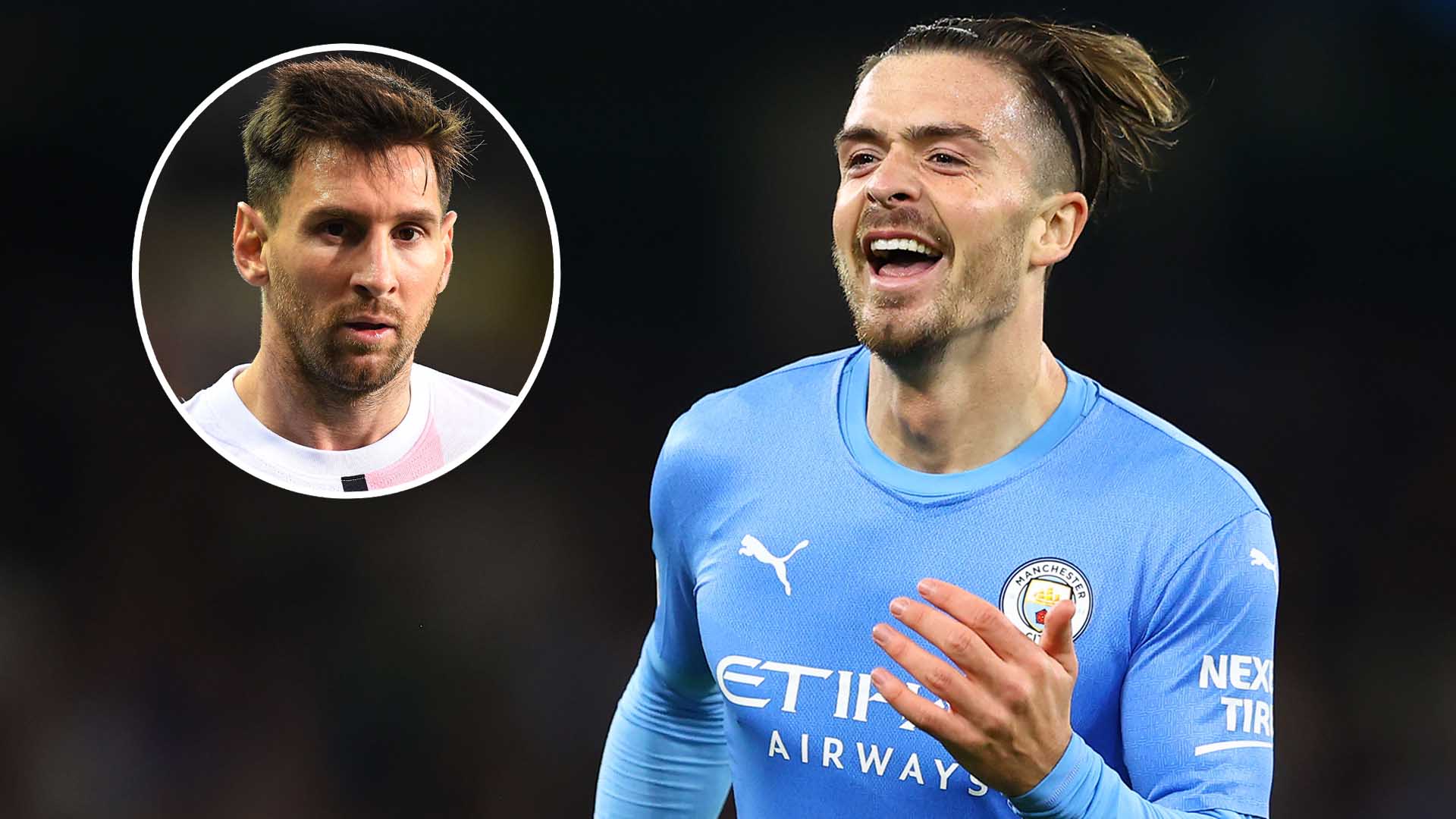 The England international announced himself in style against RB Leipzig, proving he belongs among the elite clubs on the continent

The England international has been waiting a lifetime to play in Europe’s premier club competiton, and if he had any doubts that he belonged, they were surely banished with one brilliant moment against RB Leipzig.

A deft jink inside onto his right foot followed by a superb curling strike into the top corner saw the new City star announce himself on the continent's biggest stage.

"I loved it," he told  BT Sport  after City's 6-3 win over their German opponents. "I've been waiting a while. The past few weeks, I couldn't wait for this game. It's a great night."

Grealish had watched from home last season as City surged to the Champions League final, and knew he wanted to be part of a similar journey as soon as the Premier League champions came hunting.

He enjoyed every minute of his first taste.

From the moment the Champions League anthem was played - with the usual Etihad boos a little quieter than usual - to wheeling away in delight after his spectacular individual goal, it was a night to remember for the ex-Aston Villa star.

But even as he played his part in a nine-goal thriller, Grealish would be reminded of the expecations on him if he is to continue to be trusted to perform on such a stage.

Moments after his goal to put City 4-2 up, Pep Guardiola could be seen giving the most expensive English player of all time heated instructions on the touchline.

The Catalan expects more from his players than perhaps any other coach in the game, and with tougher tests to come, Grealish would be wise to listen to any advice he can get from his new boss.

Those tests do not come tougher than taking on Paris Saint-Germain right now, with the French giants next on the European agenda for City in just under two weeks' time.

"I went to check the result from the other game [PSG's 1-1 draw with Club Brugge] and it shows anything can happen in the Champions League - it's why it's such a wonderful competition,” Grealish said. "With the music and everything, it was so nice."

City did not invest £100 million ($139m) for Grealish to enjoy the Champions League music, though. They believe he is the player that can help them regularly down teams of PSG's stature and win the competition the City hierarchy covet most of all.

Mauricio Pochettino's side's underwhelming start to the competition perhaps makes them even more dangerous, even if it is unknown yet whether the injury that forced Kylian Mbappe off early in the second half in Belgium will rule him out on September 28.

Lionel Messi and Neymar still pose quite the attacking threat even without the France star to complete their deadly trio, while defensively they will likely put up much more stubborn resistance than what Leipzig provided in their first continental outing since the sales of Dayot Upamecano and Ibrahima Konate.

City did, in truth, win home and away against PSG in the semi-finals of last season's competition, but with crowds back in stadiums and the Ligue 1 outfit seriously strengthened in all areas following a busy summer of signings, it should be a night that truly informs Grealish of what is expected of him at this level.

He has the charisma required to become a superstar of the world game, and he has shown that he possesses the quality to go with it. Now he has to prove he has the courage, confidence and discipline to produce at the highest level.

If Sergio Ramos is back fit for the game, then he, along with Marquinhos, will form a daunting defensive partnership, while young wing-backs Nuno Mendes and Achraf Hakimi have been brought in at considerable cost to add more energy and attacking threat to a team already bursting with creative talent.

As such, Grealish’s all-round game will be tested to the maximum, which is why Guardiola pulled him - along with fellow winger Riyad Mahrez - aside to enthusiastically offer tactical advice on Wednesday.

"Hopefully it can be the first of many," Guardiola said of Grealish's goal.

"I had the feeling that every day he is playing better in many things. I'm pretty sure that he will be better in the future and his contribution was high. It was good and I'm delighted for his game."

For now, then Grealish can revel in a job well done on a dream night for the 26-year-old.

But despite his goal being the kind that will be endlessly replayed over the months and years to come, his City legacy in the Champions League has not even started to be written.

Whether Grealish can help take down PSG next time out will go some way to determining whether it was money well spent this summer.