The Argentine superstar married his childhood sweetheart in 2017, with their young family currently calling Paris home

Lionel Messi left his hometown of Rosario as a child in order to join Barcelona, but his links to the city remain strong.

None are stronger than his long-term relationship with Antonella Roccuzzo, who he grew up alongside in Argentina and now shares three children with. Messi first confirmed he had a girlfriend back in 2009 and on June 30, 2017 they headed home to get married in a star-studded ceremony.

But who is Antonella and how did she get to know the seven-time Ballon d'Or winner? GOAL brings you all you need to know about Messi's main confidante.

Who is Antonella Roccuzzo? 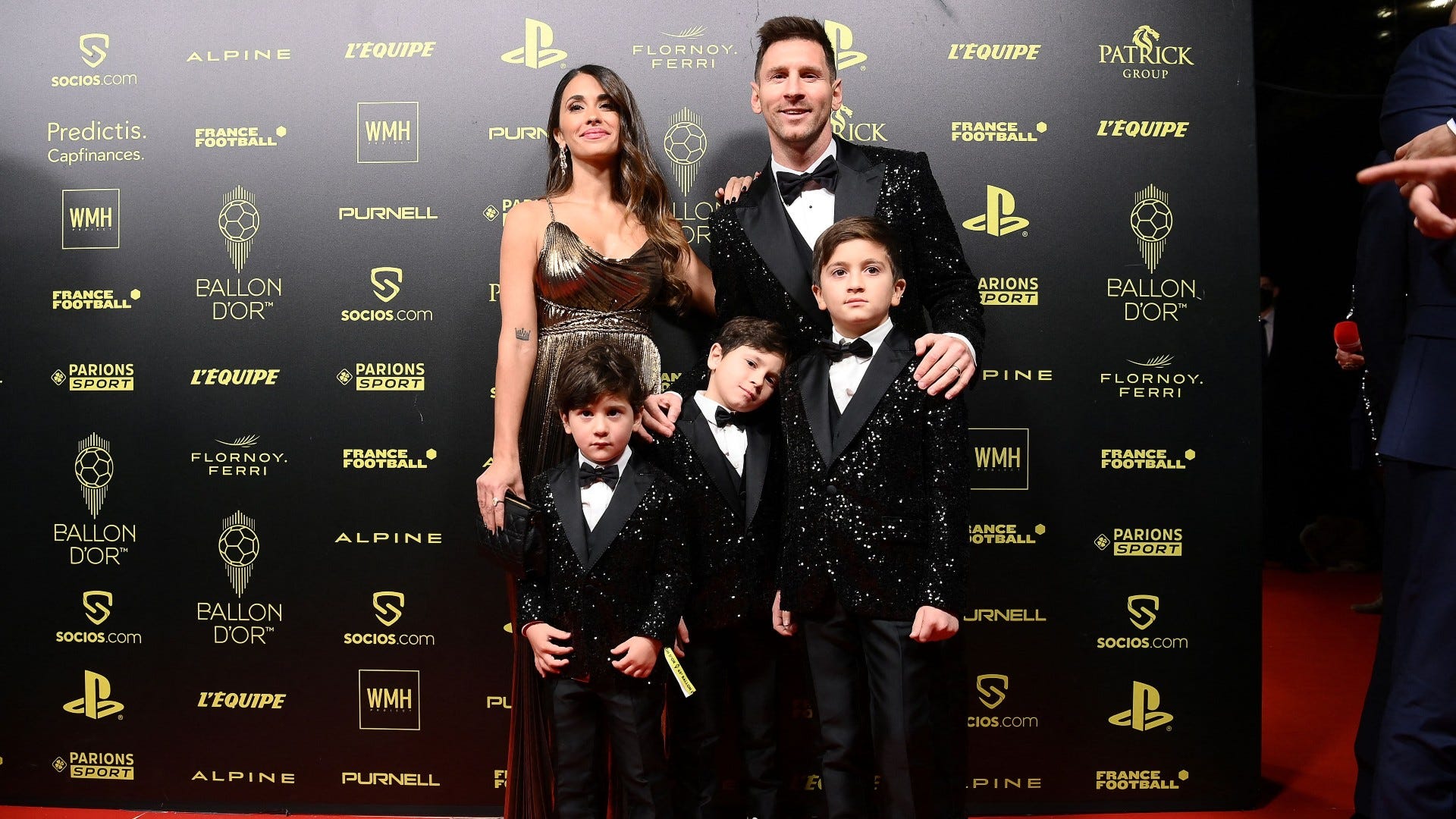 Roccuzzo was born in Rosario, like Messi, and is the cousin of the Paris Saint-Germain star's childhood friend Lucas Scaglia.

Messi has a reputation for shyness - particularly as a youngster - but is said to have been besotted with Antonella from a young age, regularly visiting Scaglia's family home just to get a chance to see her.

She attended university in Argentina - studying odontology before switching to social communication - and then moved to Barcelona to join Leo. She is likely to have focused on raising the couple's three sons - Thiago, Mateo and Ciro - over the past few years but does have her own line of footwear which was launched in partnership with Sofia Balbi, the wife of Luis Suarez.

According to Infobae, Antonella's relationship with Leo blossomed after Messi returned to Rosario to console her following the death of a friend in a traffic accident. That is said to have been sometime back in 2007, but their association was kept private for years.

Generally speaking, Antonella has continued to stay out of the spotlight - though she has amassed over 19 million followers on Instagram.

The 34-year-old is known to be close friends with Suarez's wife Sofia and Cesc Fabregas' partner Daniella Semaan.

How many children does Lionel Messi have?

Messi has tributes to his children tattooed on his body and also sports their names on his boots. Clearly a proud father, he also regularly shares pictures of the family on his Instagram account.

When did Messi & Antonella get married? 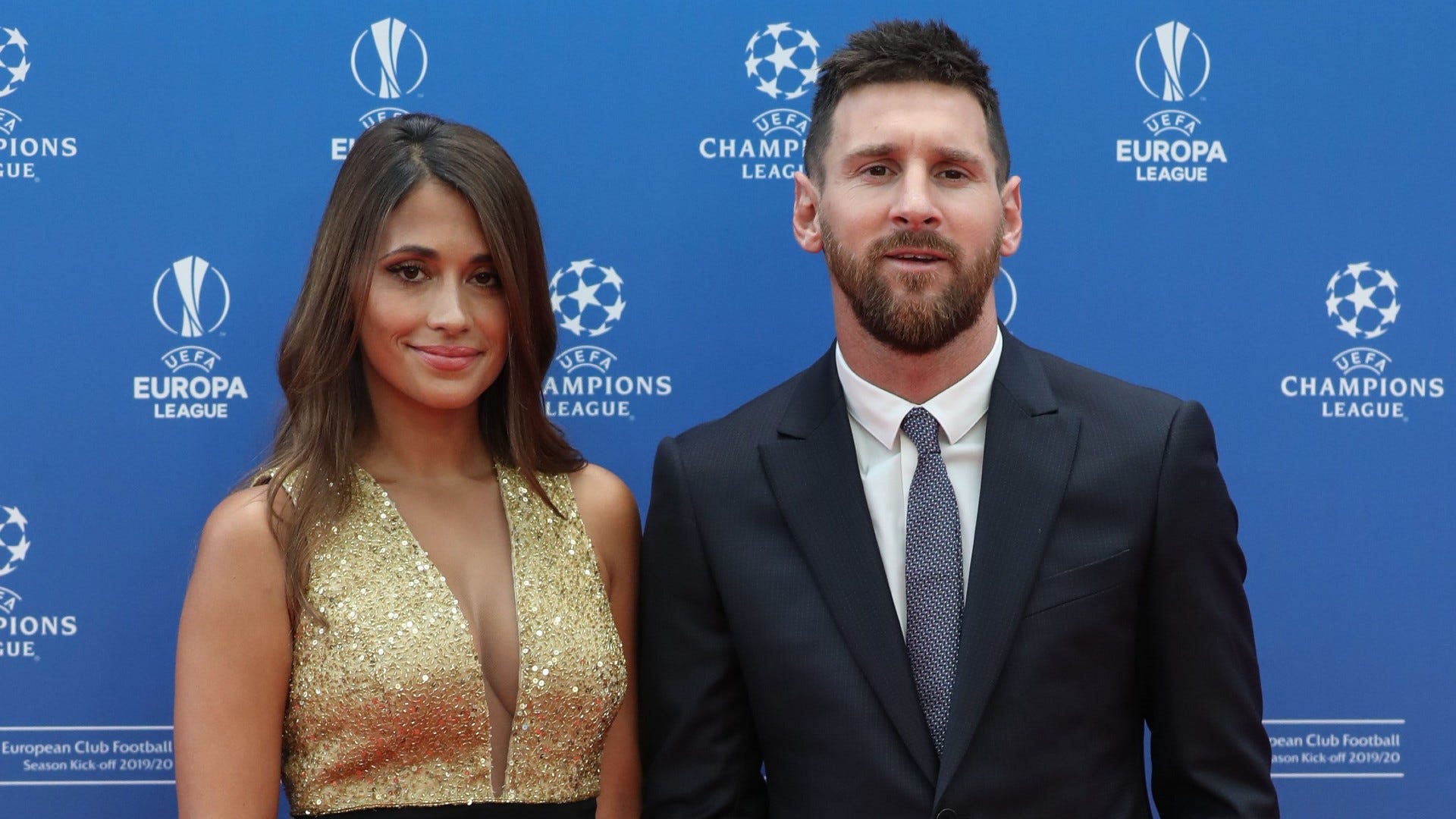 Having been a couple for around nine years, and with two children together at the time, Messi and Roccuzzo finally tied the knot on June 30, 2017 at a ceremony in their hometown of Rosario.

A number of Messi's club and international team-mates were in attendance at City Center, a hotel and casino complex, to help celebrate the big day.

The wedding was guarded by a huge team of security personnel headed up by a former Argentinian military officer, with fans allowed to watch a live stream of the ceremony nearby.

There was also talk of a smaller ceremony being held in Barcelona for those that were unable to make the trip to South America, but those details were unconfirmed.

Messi and Antonella lived together in Catalunya until a shock move to Paris was put in place during the summer of 2021.

As Barca were unable to afford a new contract for their talismanic captain, a switch to PSG was made as a free agent - with a two-year contract at Parc des Princes meaning that another new challenge could be sought in 2023 by a man that has never shied away from a desire to return to his roots at some stage.