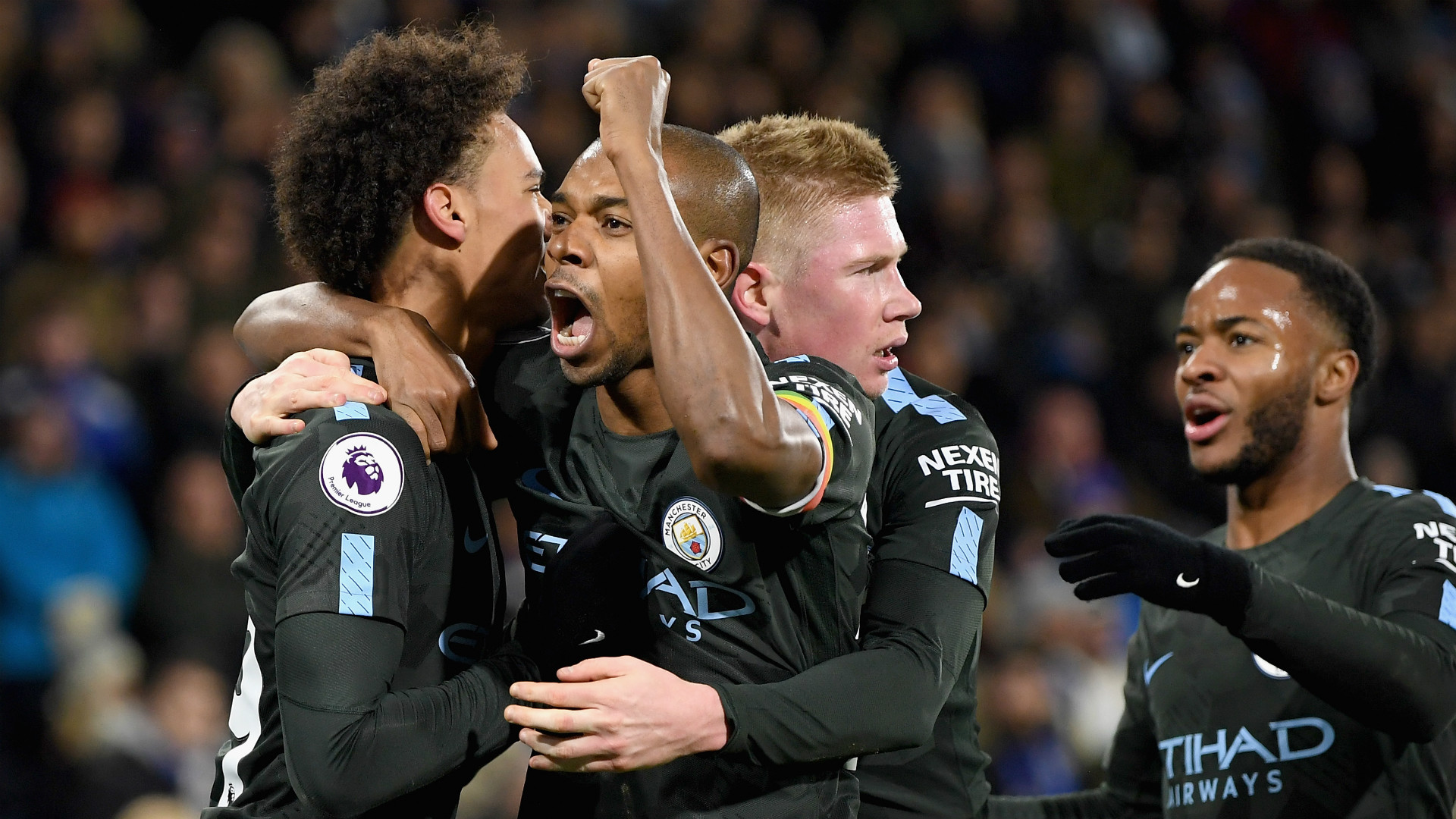 Manchester City found themselves in an unfamiliar position on Sunday against Huddersfield Town — trailing.

But a comeback against the tenacious Terriers allowed City to not only claim the three points, but reach new Premier League heights in the process.

A Nicolas Otamendi own goal put the Citizens behind on the stroke of half-time as Huddersfield once again proved a difficult foe for Pep Guardiola’s men.

But Sergio Aguero put home a penalty early in the second half to level proceedings before Raheem Sterling buried an 84th minute winner to provide the visitors with a hard-fought victory.

It continued a sparkling run of away form for City as they have now won 11 straight games across all competitions. That is a first for any English club in the top-flight.

11 - Manchester City have won their last 11 away matches in all competitions – a record for a top-flight club in English football history. Phenomenal. pic.twitter.com/W7SIUfy8l2

The win also saw them make it 37 of a possible 39 points from their first 13 Premier League matches of the campaign. That pace is better than any club in Premier League history and ties the top mark the English top-flight with Liverpool’s haul in the 1990-91 season.

37 - Manchester City have won 37 points from their 13 matches this season – the best-ever points total at this stage of a @premierleague campaign. Elect? pic.twitter.com/bWKioWRZIZ

And the comeback also proved a streak breaker. Coming out after the break, City had to face the fact they had not won an away Premier League match when trailing at half-time since April 1995 against Blackburn Rovers, having failed on 96 occasions since the clash at Ewood Park.

But it proved just another mark for City to knock down as they re-established their eight-point advantage over rivals Manchester United at the top of the Premier League table.

With 12 wins and just a draw so far, Southampton are the next team to have the unenviable task of trying to stop Pep Guardiola’s juggernaut.