GOAL goes behind the scenes at Estoril, a club with an 8,000-capacity stadium that is rivalling Portugal's richest clubs for producing top talent

For decades, the Portuguese Riviera town of Estoril was the playground of royalty, Hollywood film stars and foreign dignitaries.

In the glamorous post-war era, European kings and queens would mingle with screen legends such as Orson Welles, Gina Lollobrigida and Dame Margot Fonteyn in luxury oceanside hotels.

These days, the palm-lined avenues and sandy beaches still attract the wealthy but, behind the elegant stucco condominiums, a plucky underdog is now taking on the rich and famous.

Promoted as Liga Portugal 2 champions in 2021, Estoril are already developing a reputation for producing and nurturing top talent.

Brazilian defender Diego Carlos moved to Estoril at the age of 21 and has just joined Aston Villa following successful spells in France and Spain, with Nantes and Sevilla respectively.

In January, meanwhile, Portugal Under-21 winger Chiquinho moved directly to Wolves, and he and Carlos could soon be joined in the Premier League by a number of other exciting young Estoril prospects.

"Carlos was before my time, he's an amazing defender, but if you watched him at 17 years old, you wouldn't imagine where he is now.

"He was strong, fast, big and good in duels but he had too many problems on the ball.

"After one year working on the technical side, he had a really good season and then he was successful with Nantes and Sevilla and will be with Aston Villa.

"Chiquinho came to Estoril as a winger but he was the size of my little finger. He weighed seven kilos and after one year working with us he improved physically and emotionally because of the talent he had.

"Now, he's got used to England and next season he will play a lot in the first XI."

The next player to arrive in England having previously passed through the Estoril ranks could well be Matheus Nunes, who is being tipped to join up with Chiquinho at Wolves.

The 23-year-old, who joined Sporting from Estoril in 2019 for £850,000 ($1m), has been scouted by both Liverpool and Manchester City, with Pep Guardiola even describing Nunes as "one of the best players in the world today" earlier this season.

Nunes was just 17 when he left third-tier Ericeirense for Estoril and general manager Guilherme Muller says his determination and mentality were incredible.

Pep Guardiola is a HUGE fan of Matheus Nunes. Speaking after the Sporting - City game, he heaped praise on the midfielder. pic.twitter.com/OVkoBSuBuL

"He's one of those players that really, really wants it," Muller tells GOAL. "Jose Mourinho says that luck comes from hard work and he has a bit of that luck working for him.

"He was still young and not always in the team. But just before a cup game he was injured and spent 48 hours sleeping in the medical room to make sure he was ready for the game.

"His foot was wrapped in bandages and lots of painkillers to make sure he could play. But not only did he play, he was so good that the next week he was sold to Sporting.

"He has talent, but there are lots of players with talent, but he has that extra to take him from a good player to an amazing player."

Estoril are clearly playing their part in improving a player's mentality.

They may not boast the same level of budget as Portugal's top sides but they do have a determined group of coaches and staff that are committed to creating the right environment for developing young players that may have been missed or discarded by their rivals.

"We have to have a good academy first and foremost," he adds. "We are 20 kilometres from Lisbon and we know that kids' first choice will be Benfica and Sporting.

"Then, we have to find them sooner than them – and that is hard. But we also look at their academies because they don't have room for all of them and we have to identify players that have quality for the future.

"The fact they didn't make it there doesn't mean that they won't in the future. They have to choose 20 or 30 players from maybe 200 and we have to look at the other 170 and give them the opportunities."

For example, Estoril picked up Andre Franco from Sporting when he was 19 and the attacking midfielder is now being linked with a summer switch to Spain, with both Celta Vigo and Elche reportedly interested. 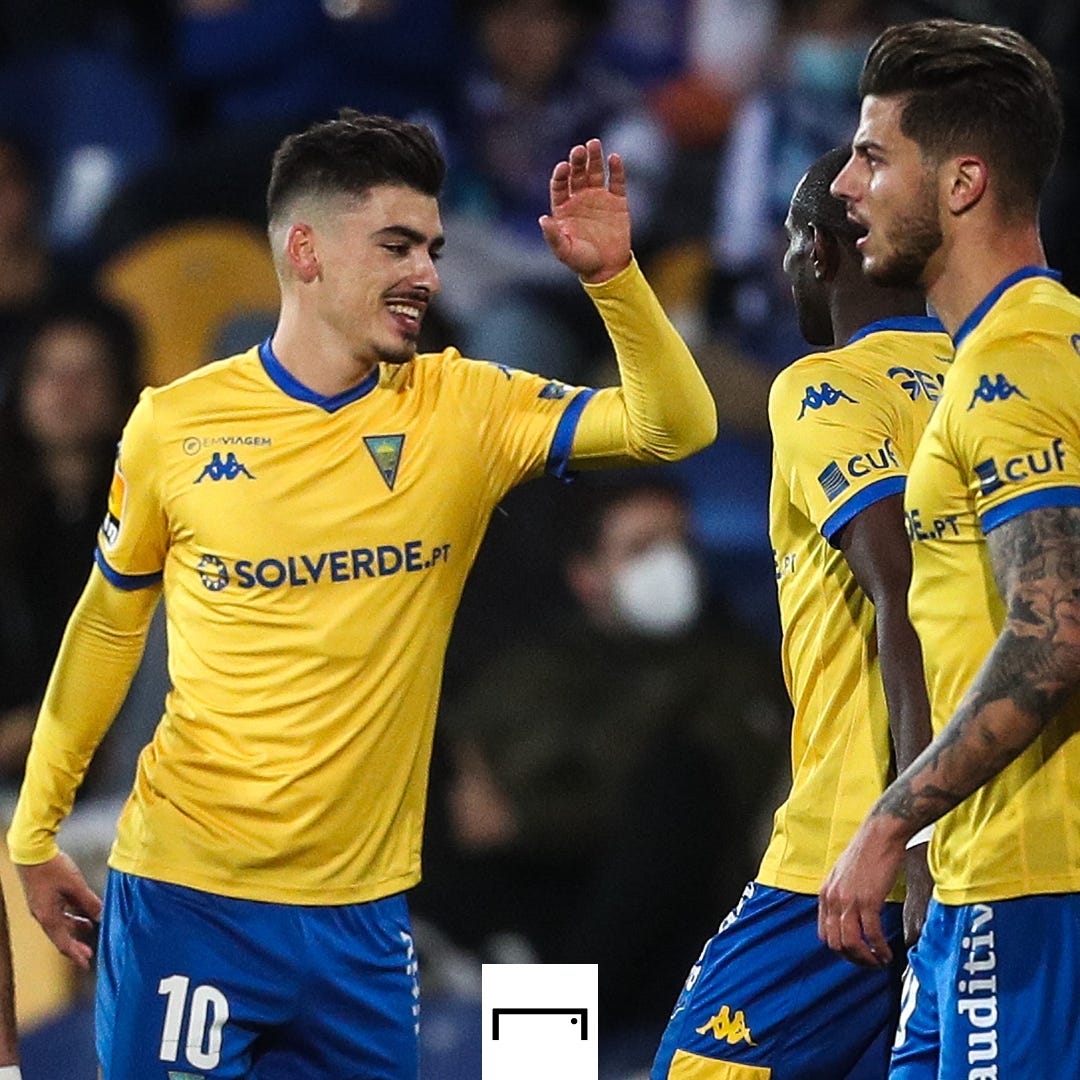 Goalkeeper Daniel Figueira is also highly regarded, while young centre-back Bernardo Vital has impressed since moving up from the Under-23s.

This month, Estoril signed an agreement with Driblab, a football consulting company specialising in big data, which will give them access to a database of more than 200,000 players worldwide.

South America has proven a happy hunting ground for the likes of Benfica and Sporting and Estoril have already signed some promising players from Brazil, Argentina and Colombia.

Again, though, Muller says it's essential to strike early.

"In South America, they have talent but you have to take them at 20. If you wait until they are 25 it's too difficult," he says.

"You have to keep the rhythm of the player but get them to make a decision faster. In Brazil, you pass or have time for a dribble. Here in Europe, it's faster."

Of course, it's not easy for a club like Estoril to remain competitive while relying on inexperienced young players, the most talented of which will be sold whenever a big bid arrives.

However, they're making it work. Two years after being promoted, Estoril finished ninth in the Primeira Liga last season, vindicating their recruitment strategy and business model.

"Everyone wants to win and it can be easier to win with a 35-year-old that has the experience," Muller says. "We have a balance but we can't live without selling players and we can’t sell 35-year-olds although Pedro does an amazing job!

"Sometimes, we won’t get it right first time and the project took some time to consolidate, which required patience from investors.

"It's all about finding those three, four, five, six players that have the potential, helping them to develop, not throwing them to the lions to prove themselves."

Scouts have seen Lisbon as a top destination for talent-spotting for some time, so it will be no surprise for many to be back in the Portuguese capital next season.

But a short drive along the picturesque N6 coastal road to Estoril and they will not only discover exclusive, beautiful beaches but just maybe the next footballing superstar to come out of Portugal.