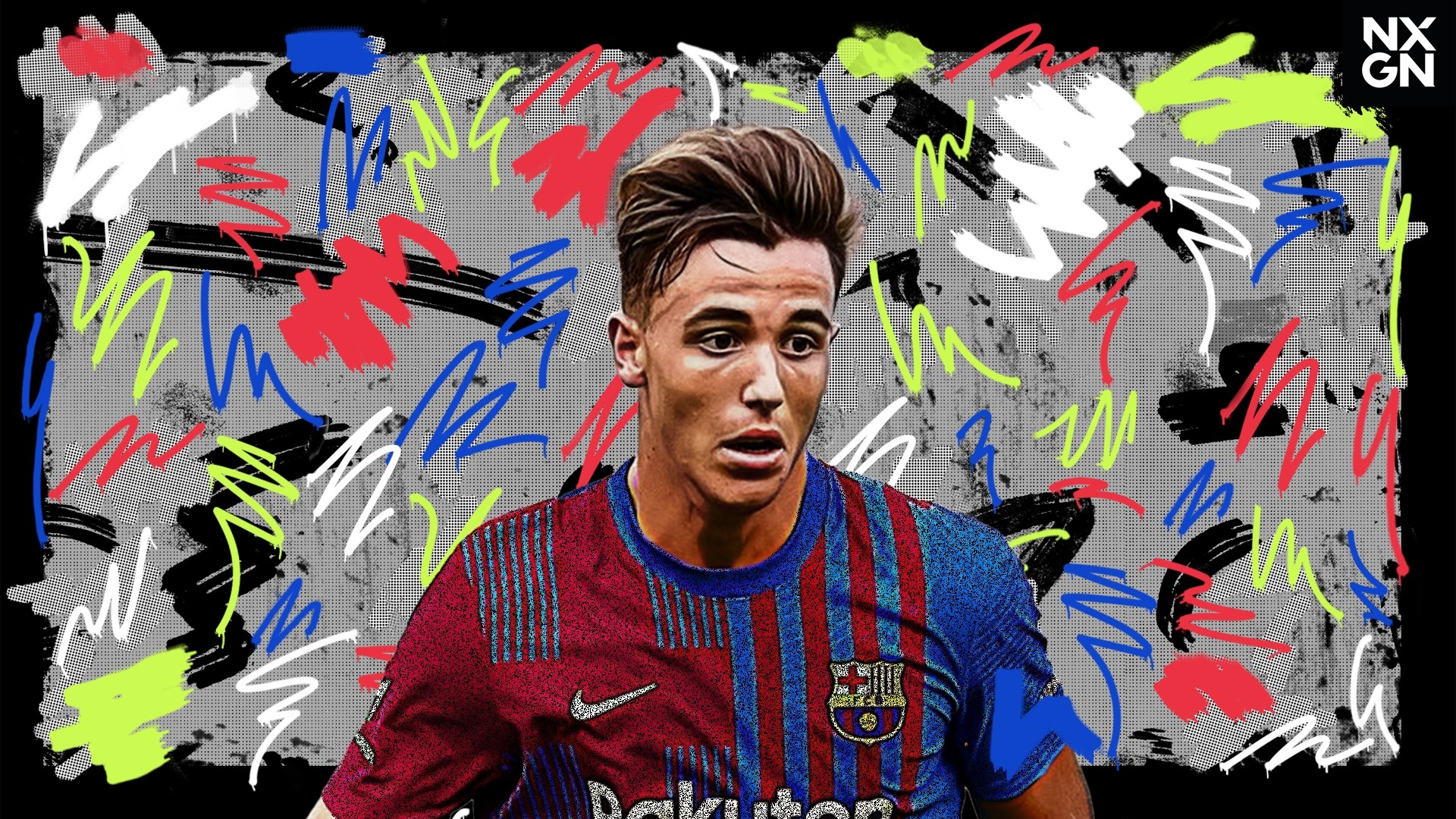 This is a time of transition at Barcelona.

In truth it has been for some time, but the way in which Lionel Messi was able to mask that and keep the Blaugrana competing for honours at home and on the continent is testament to his supreme ability.

With Messi now gone, though, it is clear just how big the rebuilding project that needs to be undertaken to get Barca back the top of the world game really is.

Replacements need to be sought for key players of the past decade or so, and with finances tight, turning to youth is a cost-effective way of trying to plug those gaps while ensuring the team has a connection with the fans.

In that regard, things have started well. Prior to his knee injury, Ansu Fati looked every inch Messi's heir, and having now taken the Argentine's vacated No.10 shirt, the NXGN 2021 winner will be expected to take on the weight of responsibility when he returns to full fitness.

Meanwhile, Pedri, though not a product of La Masia, is almost Andres Iniesta reincarnate in midfield, and there are hopes that others who have emerged in recent months will eventually replace the prestigious names who have come before them.

Alejandro Balde has been spoken about as Jordi Alba's long-term successor at left-back, comparisons have been made between Gavi and Xavi Hernandez while there is hope that Yusuf Demir could be the Neymar to Fati's Messi.

Perhaps one of the more difficult players to replace in the coming years will be Sergio Busquets, with elite defensive midfielders very difficult to come by.

Barca, though, believe that in Nico Gonzalez they have a youth product who can eventually step into the Spain captain's shoes.

"If we seek excellence at Barcelona, ​​Nico will be the replacement for Busquets for many years," Francisco Xavier Garcia Pimienta, the former manager of Barcelona B, tells Goal of the 19-year-old.

Garcia Pimienta was the coach who handed Nico his professional debut when he made his first appearance for Barca B in the Spanish third division at the age of 17 in 2019.

From there, he became a regular in the reserves' line-up before making his first-team debut in Barca's opening game of the 2021-22 campaign against Real Sociedad.

The son of former Spain international and legendary Deportivo La Coruna midfielder Fran, Nico always seemed destined to become a footballer, though his early strides in the game were not always smooth.

He began his footballing education at Galician club Montaneros, but he did not enjoy playing on their indoor pitches, and it is claimed that he spent almost a year away from the game before being persuaded to return by his parents.

Able to move outside and play with boys two years older than him, Nico eventually began to find enjoyment in the game, and as an 11-year-old caught the eye of Barcelona after he impressed playing against both them and Real Madrid in a youth tournament held in the coastal town of Vilagarcia de Arousa.

Barca snapped Nico up, his family moving to Catalunya to be alongside him as he began training at La Masia, making his way through the various age-group teams.

He actually joined the Blaugrana as a No.8, but it became clear to his coaches in recent years that he was better suited to playing as a midfield pivot, in part due to his tall physique (6'2"/188cm) and his quality and confidence when in possession.

"Despite the fact that he has played for many years as an 'interior' (central midfielder), we were clear that he is a pivot," Fran Artiga, who coached Nico throughout his time at La Masia, tells Goal.

"He is a super intelligent player, not only at a football level, but also academically. He is highly gifted, and that is reflected on the field. He will have a fast learning process."

That process will only be enhanced by getting the chance to learn from Busquets, one of the best to have ever played that position, with Nico having been integrated into Ronald Koeman's squad over the course of the summer.

Koeman has actually been monitoring the teenager for around a year after he was rumoured to have asked, "Who is that blond boy?" when first catching sight of Nico during an intra-squad youth team match back at the start of the 2019-20 campaign.

Barca, though, had to battle to keep hold of the talented No.6 before tying him down to a new three-year contract in July that includes a €500 million (£430m/$585m) release clause.

Manchester City, where Fran previously worked as a youth coach, were reportedly keen to bring him to the Etihad Stadium last season, with that not the first time English clubs have shown an interest in signing him.

"At 16, he had impressive offers to go to the Premier League that multiplied the offer Barca made by 10," Fran said earlier this year, with reports from the time suggesting both City and Manchester United were looking to acquire Nico.

He chose to stay in Spain, though, and is now reaping the benefits as he begins to make his mark at Camp Nou.

In just his second first-team appearance, he was singled out by Getafe manager Michel Gonzalez as having played a key role in Barca seeing out their 2-1 win after Nico came off the bench to "slow down the pace of the game", and he is expected to gain further opportunities, regardless of whether Koeman stays on as manager for much longer.

"I am convinced that he will be an important player," claims Garcia Pimienta. "He will do well, because he has the Barca player profile."

Artiga agrees, though is keen to urge caution over all the young players Barca are blooding this season, saying: "Xavi and Iniesta settled in the first team at 23 or 24 years old, while Nico is only 19. The only one who skipped all the learning processes has been Messi.

"He [Nico] is, though, technically very gifted, is very intelligent and his physique is perfect. With him, we have the chance to build a spectacular footballer."

Barcelona certainly hope that is the case. Having a ready-made Busquets replacement would at least ensure there is one less on-field issue to take of in the next few years.