Hertha winger Jean-Paul Boetius has been diagnosed with a testicular tumour, the club has confirmed.

WHAT HAPPENED? Boetius joined Hertha on a free transfer in the summer following his departure from Mainz, committing to a three-year contract at the Olympiastadion. The 28-year-old has appeared in six of his side's seven matches at the start of the new Bundesliga campaign, but will now take an indefinite break from the game following his diagnosis.

WHAT THEY SAID: An official statement from the club read: "Jean-Paul Boetius has been diagnosed with a testicular tumour following the results of a urological test on Wednesday, and will be out for the foreseeable future.

"The club will provide further information on Boetius' recovery in due course. Until then, we ask that everyone respects Jean-Paul's privacy during his recovery. From everyone at Hertha, all the best for a speedy recovery, Jean-Paul!"

THE BIGGER PICTURE: It remains to be seen whether Boetius will be able to return to the pitch this season, but Hertha manager Fredi Bobic has vowed that the club will be fully behind him during his recovery. "As tough as it is to hear at first, we are full of hope that Jean-Paul will be able to recover and return to us as soon as possible," said Bobic. "He will receive our full support, until he returns. The Hertha family are by his side and wish him all the best." 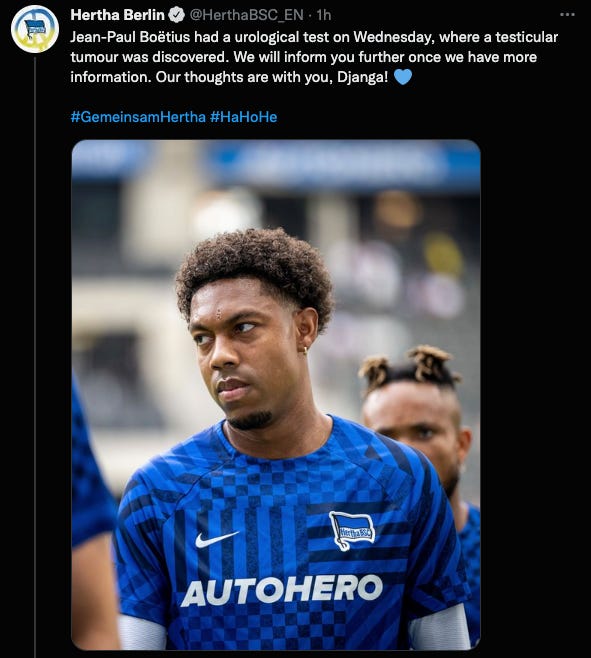 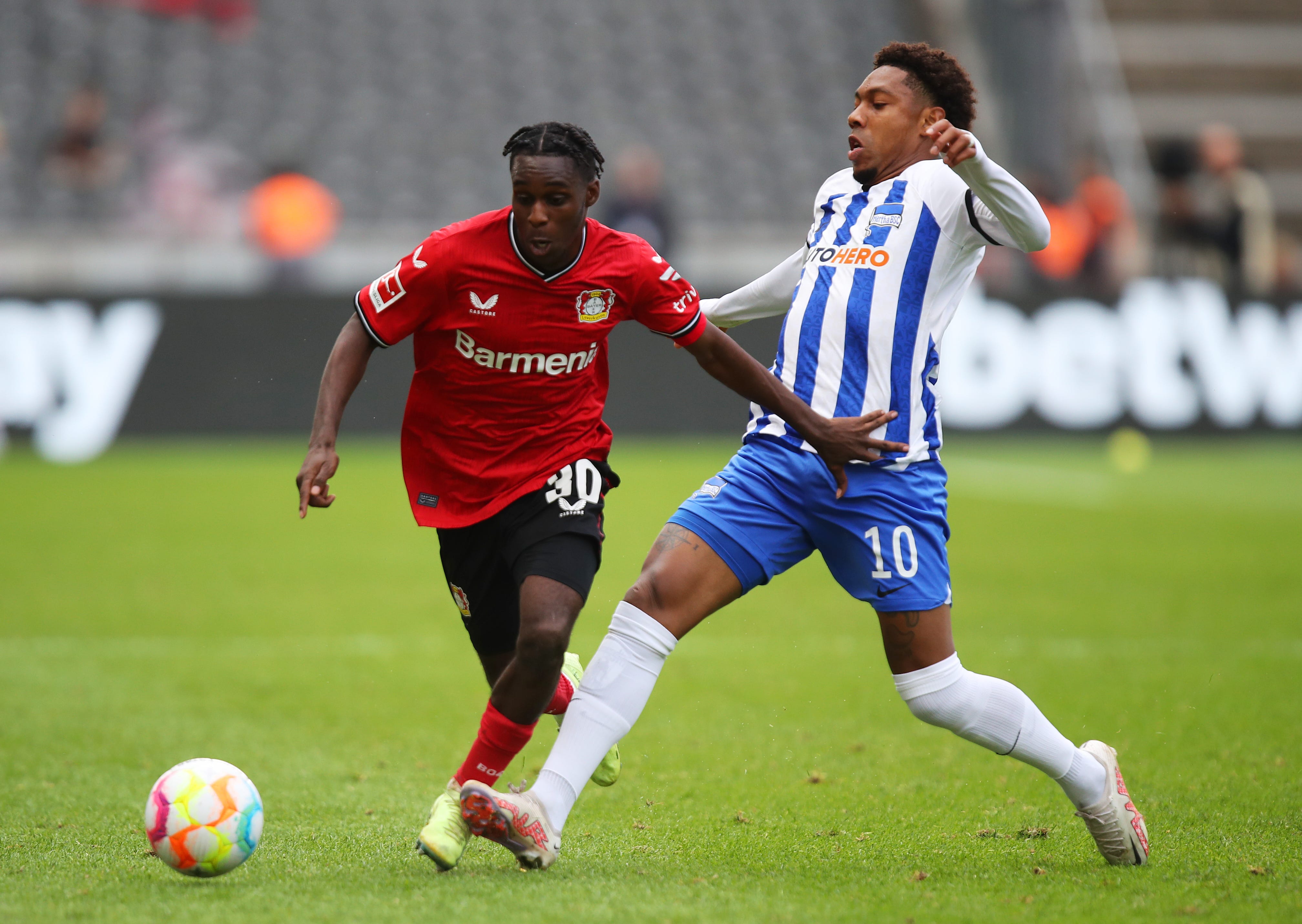 WHAT NEXT FOR HERTHA? The Bundesliga outfit will be back in action after the international break on October 2 when they welcome Hoffenheim to the Olympiastadion.