Didier Drogba believes Eden Hazard has done enough to earn himself the status of Chelsea legend regardless of whether he leaves the club for Real Madrid at the end of the season.

The Belgium international's existing deal is due to expire in June 2020 and Chelsea are keen to tie him down to a new five-year contract, making him the club's highest paid player in the process.

Real Madrid's interest represents a problem, though, as the £100 million-rated winger has admitted on more than one occasion that playing at the Santiago Bernabeu would be a dream for him, particularly with his idol Zinedine Zidane once more in charge in the Spanish capital.

Drogba is impressed with Hazard's development since they played together roughly four years ago and feels the 28-year-old has become the undisputed key man at Stamford Bridge.

"He has become more clinical," Drogba told Goal at Geneva Motorshow, courtesy of Yokohama Tyres. "It comes with age as well. He is very efficient and I am really happy to see that. He is leading the team, carrying the team on his shoulders and he is doing that well.

"He is someone who has got very high expectations of himself and his team-mates because he wants to win. Sometimes this pushes you to do a little bit more to do well because you want your team-mates to get to your level. This happens sometimes, but the more he plays in these big games, he reads the game better.

"He is a legend [regardless of what happens], look at what he achieved in six years at the club. He won the league twice, won the FA Cup, won Player of the Year. We are talking about Eden Hazard. Please!

"He brought something that we hadn’t seen for such a long time. The closest I can bring to him if I compare, if I may, is [Gianfranco] Zola. The talent to dribble, to make the difference and dribble one-versus-one. That’s him." 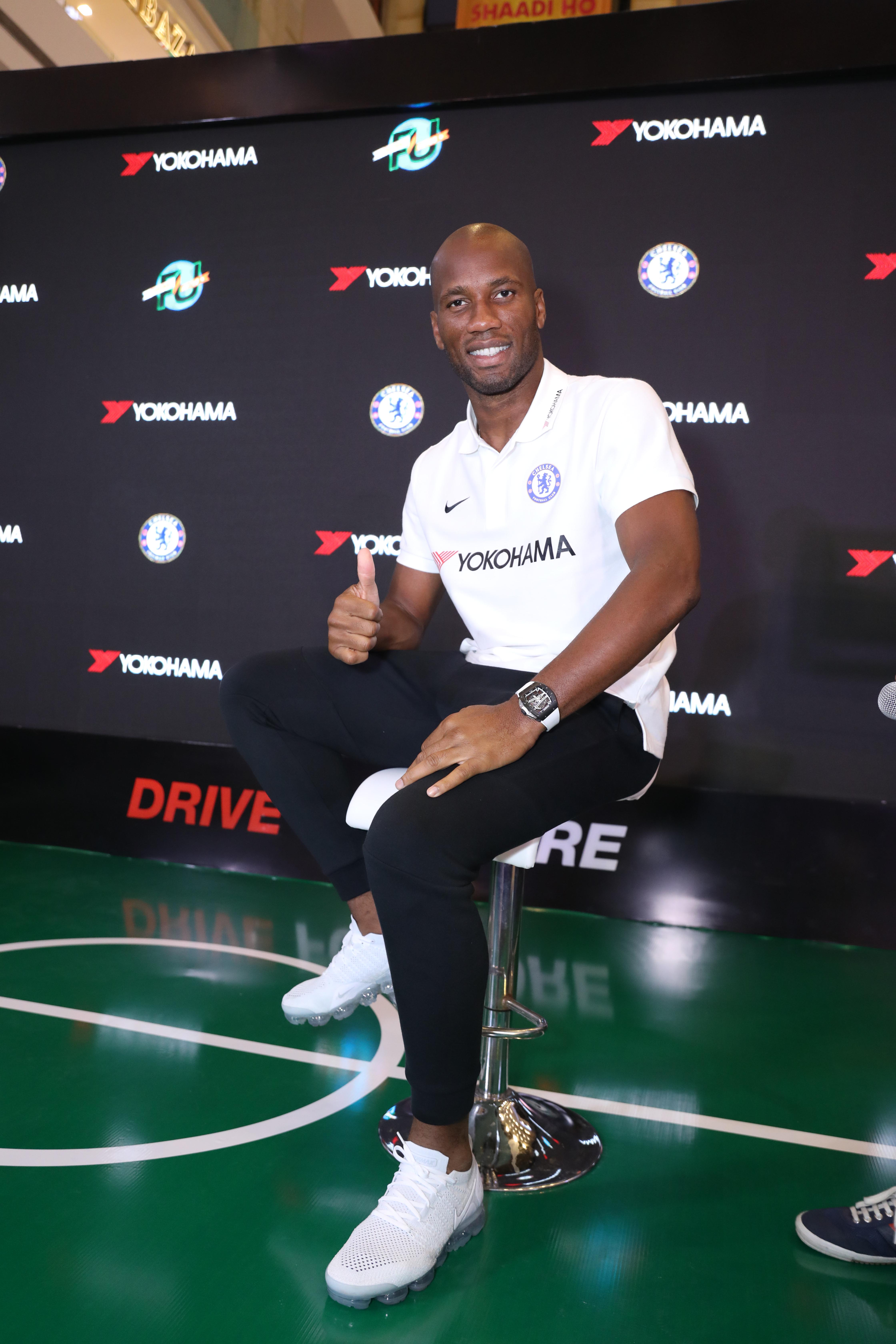 Meanwhile, this season has seen the resurgence of David Luiz, who is one of only two players left at Chelsea who won the Champions League in 2012 alongside Drogba, Gary Cahill being the other one.

Luiz has emerged as a key man again under Maurizio Sarri, after falling out of favour under Antonio Conte, and Drogba hopes to see him stay at the club.

"David is a great player. He is a fantastic player," Drogba added. "I played with him a few years ago, and I really enjoyed playing with him. I enjoyed having him in my team because you know you are safe. Last year was a bit difficult for him, but the season before he was really good.

"I think it is a matter of confidence between you and the manager and how the feeling is going. Also injuries, last year it was difficult for him to recover, but now he is at his best. I am really happy for him.

"He and Cahill are really important to this team because they are the last ones who won the Champions League. They are the core of this team. It is not for me to decide [on a contract renewal]. It is more down to him and the club to agree on this.

"Everyone at the club loves David, but if he stays at the club, I will be happy. He is not only bringing happiness to the club, but he also is now one of the faces of the club, and he is a very good player, he is performing right now, so if it was up to me [I would sign him]."