Is this Bielsa burnout? Leeds' winless start to the season raising understandable alarms 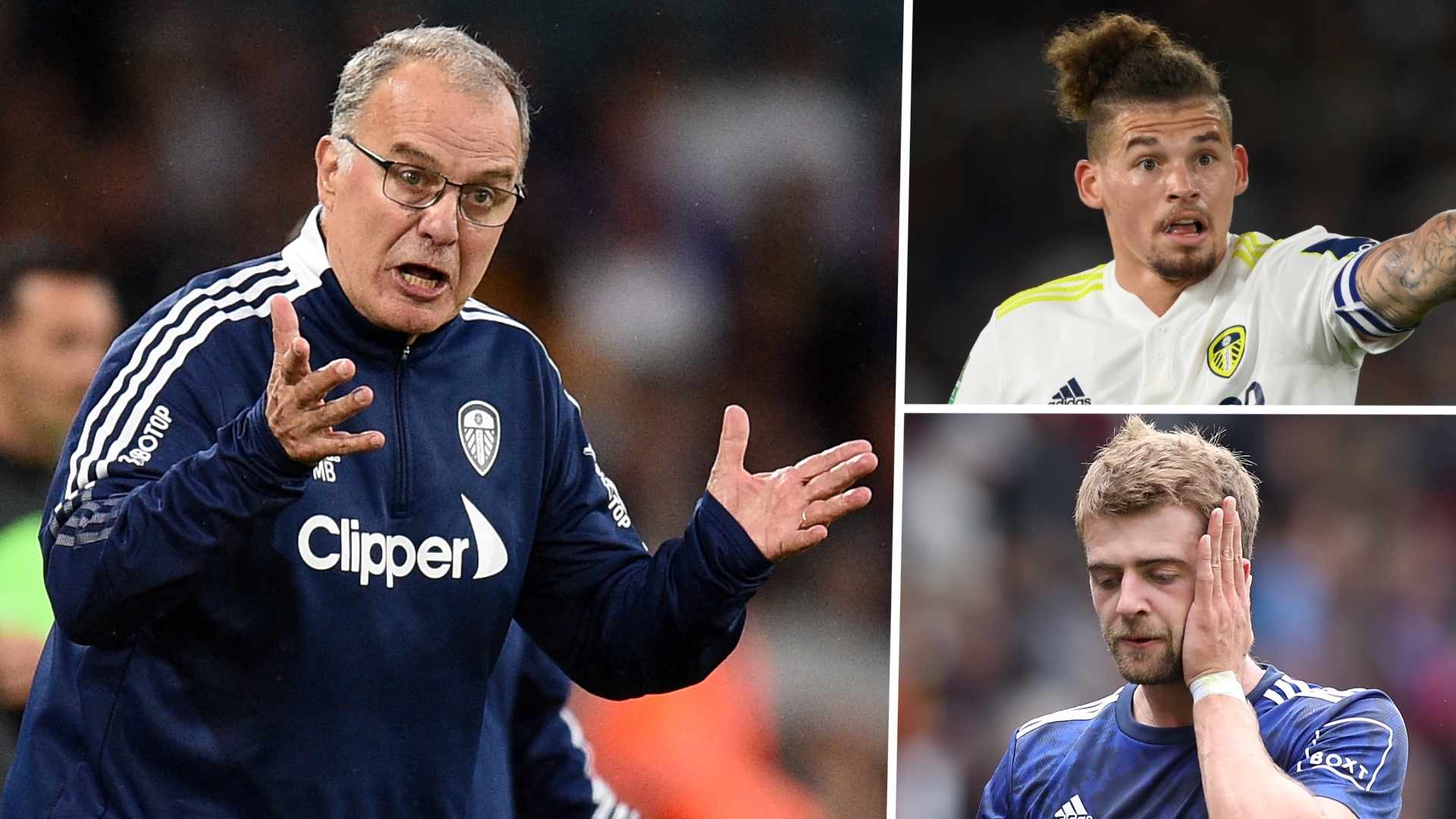 The Elland Road outfit are yet to win in the Premier League this season, with some concerning trends beginning to appear in their performances

Despite a disappointing start to the season, one thing Marcelo Bielsa will not do is panic, and neither will Leeds United supporters.

They are used to fatalistic talk of fatigue and a waning press by now, but they have never had any need to doubt Bielsa, and when times are tough their loyalty towards the Argentine will only grow.

Three points from five Premier League games is no disaster, after all, and it would only take a win against West Ham on Saturday to jolt Leeds back into mid-table.

Nevertheless, their performances so far have been poor, particularly against weaker sides whom Leeds would expect to dominate.

It is not just that Leeds have won four fewer points compared to the corresponding fixtures last year. It is that the players are not pressing with as much coherence, are struggling to create chances, and are conceding sloppy goals.

By almost every metric Leeds are performing worse than they did last season, and the problems can be broken down into two areas worthy of a deep dive into the underlying statistics: defence and attack construction.

Let’s start defensively, where the errors are most glaring.

Leeds have conceded eight goals from an expected goals (xG) against total of 10.2, which gives an xG against of 2.04 per game - remarkably high, and worse than last season’s 1.54.

The biggest concern is their seeming inability to defend set-pieces, and after conceding 15 goals (the most in the division) in 2020-21, they have continued that trend by conceding twice already this time around.

But perhaps more alarming is the way in which opponents have begun to work out how to exploit Bielsa’s unusual system in open play.

His tactical preference for committing bodies forward on the attack with gut-busting third-man runs, leaving the midfield empty in order to dominate the flanks, is starting to lead to problems - as is his consistent use of man-to-man marking in open play.

The sharp movement of Everton’s forwards pulled the back line out of shape ahead of their second goal in August's 2-2 draw at Elland Road; Manchester United consistently exploited Leeds’ tendency to empty central midfield when on the break by stationing Paul Pogba alongside Bruno Fernandes to devastating effect; and Liverpool’s unusual runs - feigning to go one way, then spinning the other - took full advantage of the man-to-man system.

In short, opponents are perhaps beginning to work out how to poke holes in a shape that so often becomes zig-zagged, making less predictable runs or packing the middle of the pitch to capitalise on Bielsa’s biggest flaws.

But Leeds' defensive concerns cannot be taken in isolation. They are facing more shots this season (18.4 per game, up from 14.68 per game) largely because they are more often under pressure - even against the likes of Burnley and Newcastle - thanks to a breakdown in cohesion in how Leeds construct their attacks.

The central flaw, it would seem, is playing Rodrigo as a central attacking midfielder. The Spain international does not look creative enough to perform in this role, and it seems to be starving Patrick Bamford of service as Leeds’ struggle to break the lines.

Interestingly, Leeds 10-pass sequences have more than halved this season while their direct attacks - measuring quick, vertical movement - are considerably up, by a third.

In other words, things are more erratic and less measured, their matches swinging from end to end, and the intelligent passing moves that saw Leeds assert their dominance over teams like Newcastle and Burnley last year have disappeared.

Jack Harrison, meanwhile, appears to have lost his verve from the left, struggling to connect with new left-back Junior Firpo, which might help explain why things are not clicking and why WyScout’s measures of pass construction - from progressive passes to smart passes (“a creative and penetrative pass that attempts to break the opposition's defensive lines to gain a significant advantage in attack”) - all show a significant decline from last season.

If that sense of drifting was not bad enough, it is matched by a loss of urgency in how Leeds are pressing. Their passes per defensive action (PPDA, which measures a team's pressing success) is up from 9.3 to 10.9, and their number of high turnovers has halved from 3.94 per game to 2.

This has been a data-heavy read so far, but a team of Bielsa’s complexity deserves that kind of attention. It paints a picture of a side in decline, whether temporary or not, and of opponents who are beginning to understand how to slow Leeds down.

It is notable that Manchester United, Burnley, Everton, and Newcastle all play with a relatively low block (to varying degrees), which is a cause for mild alarm at Elland Road.

It looks as though a template has been set to limit Bielsa’s side: sitting back and compressing the space denies Leeds the ability to cut teams open with their carefully-constructed possession, while playing more direct football denies Leeds the option to press high for the ball.

It is a template others will surely follow, starting with West Ham this weekend. A powerful midfield duo of Declan Rice and Tomas Soucek holding the fort in David Moyes’s conservative setup should limit Leeds’ creativity and put the Hammers in a strong position to charge through the middle on the counter.

What is more, the return of Michail Antonio running the channels can take advantage of the space Leeds leave in defence, which in turn will lead to set-pieces. Leeds struggled with a tall West Ham team at free-kicks and corners last season, and likely will do again this.

Of course, there is no need to be too worried just yet. The sample size is small, after all, and should Daniel James hit the ground running, allowing Harrison to move into the number ten role, or should Bamford rediscover his goalscoring touch then Leeds may find renewed confidence leads to a re-energised tactical strategy

But many people are waiting for the bottom to fall out, as it has for Bielsa throughout his career. Looking at the results - and the data - from the beginning of the 2021-22 campaign, they can be forgiven for beginning to fear the worst.